Rian Johnson responds to fans who criticize the end of ‘Star Wars: The last jedi’ with seven tweets incontrovertible 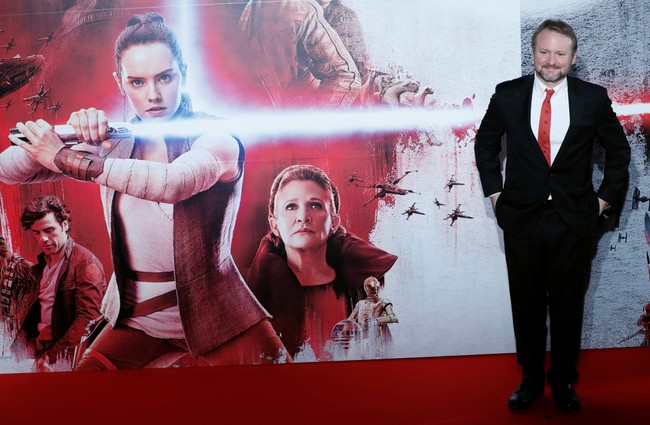 Just missed the picture of a microphone falling to the ground. It seems that it’s been a long, long time but in reality it has only been a little over a month since the release of ‘Star Wars: The last jedi’ and the fans do not give truce in the Internet, both those who applaud as those who attack the movie, delivery most controversial saga.

I have Already commented before that, at the margin of what each one feels about the work of Rian Johnson, I think that it is fair to recognize his effort to explain the decisions that have been taken, some as controversial as the parents of King, role of Snoke or evolution of Luke. Is not hiding. And don’t get tired of responding to the fans. Now wanted to end the discussion about the turning of a surprise that there is at the end of Episode VIII…

If you’ve seen the film, you know, the Luke Skywalker returns to confront Kylo Ren, and the First-Order although not as we expected: project your image from the island to the field of battle, managing to confuse his enemies just long enough for the rebels to escape with life. And with his sacrifice (the product of the effort to create that “ghost”) turns on the spark of hope that had been lost.

Recently we mentioned that Johnson cleared a course hole in your script when Luke reappears to fight with the saber blue. But the fans that criticize the end continued to be annoying because the filmmaker is “invented” the power of Luke to create, thanks to the Force, a self-image so realistic that it is able to deceive all the world. Since then we had not seen that a jedi could do that before, and questioned the validity of this solution to solve the final duel of the movie.

But like I said, Rian Johnson has a lot of patience and seems to be calm with the decisions you made as a writer. This is the one that seems to be the answer of the filmmaker to criticisms about the end of Episode VIII, seven tweets incontrovertible:

“the path of The Jedi”

“Doppelganger, or Similfuturus, it allows a Jedi to create a duplicate of the short life, of oneself or of an external object, visually indistinguishable from the real thing. Those who have mastered this ability can create ghosts of any person of your choice or to deceive an enemy in order to see more objects, such as droids, which are actually present.”

The full title of the book is ‘The Jedi Path: A Manual for Students of the Force’ and can be found in stores as Amazon; it is written by Daniel Wallace and illustrated by Ryan Hobson. There are those who are reluctant to give the reason to Rian Johnson claiming that this work does not form part of the official canon, but it is clear that the main question has been settled: Johnson is not pulled out anything from the manga to resolve the film.

on The contrary. With this thread on Twitter, the author of ‘The last jedi’ not only puts an end to the discussion about this controversial turn of the script, but that shows that knows more about ‘Star Wars’ that many fans.

'Star Wars: The last Jedi': as imperfect as unfairly battered by the fandom to be more toxic

The director 'Star Wars: The last jedi' explains how you decided the identity of the parents of King

–
The news Rian Johnson responds to fans who criticize the end of ‘Star Wars: The last of the jedi’ with seven tweets indisputable was originally published in Espinof by Juan Luis Caviaro .