The company would repeat the same motion last year and could create its own event to present their innovations, among which stands out its next console.

Sony would be considering to follow your own roadmap in 2020 in relation to the presentations and fairs common in the video game industry. After announcing last year that there came to the E3, 2019, held in Los Angales, the most important fair in the world of digital entertainment, the company could repeat the movement, this same 2020 and skip your appointment. The company would seek to create your own events to show PlayStation 5 and its new software developments, as well as focus on the State of Play.

The secrecy around the PlayStation 5 could end up very soon. After the revelation the logo and the image of the brand in the past CES 2020 and learn more about the interior of the machine in a special article of Wired, Sony could follow a different strategy to the other game companies such as Microsoft and its Xbox. Nothing of ads in the E3 or at trade fairs, similar. The entity of the technology of consumption, which has presented new tvs, 8K, and 4K are designed for the console, wants to mark your own pace in the industria.

through various insiders and analysts, it seems the conclusion is that, in one way or another, the new PlayStation Meeting will be held in February, being an appointment is essential for professionals and consumers face to present the latest developments of the brand. According to VGC, in a special article built on the basis of leaks from various sources, the final revelation or commercial PlayStation 5 could occur in a few weeks in this event, , discarding any type of appointment at E3 in June. The terms cuadrarían, because it would help the own Sony and their marketing campaigns for the introduction of the console to the mass public, helping to position the system and its strengths before its supposed release in November or December. In addition, re-emphasize the identity problem and excessive noise of E3, which eliminates any focus specifically on the part of the public more profane, that looks like it overflows the excess of information in one or two days.

The presentation event and the ads outside the frame, beyond the E3 or the gamescom, can help to sell a product. Announce a console, or give details of the same in the E3 is a risk, especially because it competes with other companies, and the media’s attention is divided. Sony have decided to offer the details of your console out of the trade fair of video games most well-known and important thing in the world to get the maximum benefit in terms of resonance and conversation in social networks and media specialized. It is not something new, because the company presented PS Vita (2011), PS4 (2013) and PS4 Pro (2016) in your own events, different and outside the usual circuit of the industria.

Chris Dring, responsible for GamesIndustry.biz, has confirmed to VGC la console will be unveiled publicly at some time between the above mentioned PlayStation Meeting, the GDC and PAX East. Compared to Xbox, PlayStation, and Sony have been very quiet in 2019, throwing fragments of information about its next console, but keeping most of the details for themselves. As a result, the desire for knowing when to display PS5 are at a tipping point, and even advertisements for mundane as the name and the logo of the console are generating levels unusual care in the industry,” confirms Chris.

In this scenario, and on the basis of which is confirmed by analysts and other sources, Sony would not wait to June to submit your console, bypassing the fair like last year. At that time, they claimed that the model of the fair did not satisfy him, and that in one way or another, they were exploring ways to present their products and games. “We are analyzing the event as a whole and how we can improve the communication with our fans and follow, no child,” explained the company. While the Entertainment Software Association (ESA), the responsible entity of the E3, has not confirmed or denied this news, it seems that VGC is able to affirm that the company will not go to the show following his tactics have marked the year pasado.

The middle also says that Sony would have spoken with the ESA for a remodeling of the format of the event, prioritizing the information and looking for the games and the hardware to present to have more of a presence than in previous years. In these moments, managers of the company and of the organization of E3 would be working for a possible and hypothetical return of PlayStation and yours in the future. For the moment, stands VGC, there is news truthful about it. However, Microsoft and Xbox would be already preparing what to bring and offer at E3 2020 without taking into account Sony, and being aware of that, one way and another, the focus of the scenario will be about them as already happened in the past year.

Michael Pachter, an analyst at Wedbush Securities, has been very skeptical of the possible return of Sony at E3, stating that it did not believe that they will return to the fair in the short term. “as far as I know, does not plan to attend”, commented. “I think that it is a huge error because of its focus on the consumer is not inconsistent with their attendance at the main trade fair of the industry. I hope they change their mind, but I’m skeptical”, he concluded. The THAT, aware of their problem emerged from the floor of one of the great pillars of video games, went a few years ago the organizer of the Game Awards to seek a change of presentation and format, trying to rejuvenate a show that many considered to be not meaningful in an era of streams and on demand content. 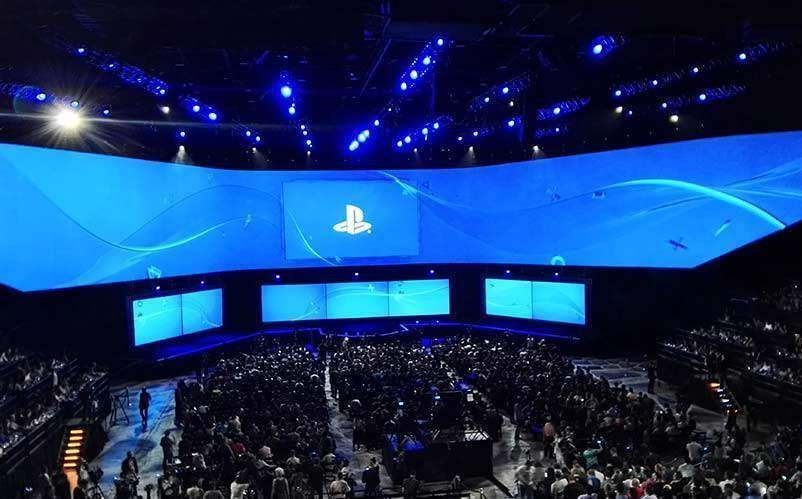