Rumor: The Wonderful 101 will Switch, PS4 and maybe Xbox One via Kickstarter

According to several sources, PlatinumGames announced Monday, February 3 that they plan to adapt the exclusive Wii U a new console with collective funding.

PlatinumGames has hinted at in recent days the possibility of recovering your game The Wonderful 101 Wii U with a remastering, although surprisingly the latest rumor doesn’t point to Nintendo to edit this version, but that would own developer and with the support of Kickstarter. In addition, the intention is that arrive to Nintendo Switch and PlayStation 4, although there is also talk of Xbox One.

The information was published on the channel GameXplain, who mentions that the creators of Bayonetta will look for crowd funding on Kickstarter. Your account exists on this platform, although still do not have activity. An anonymous message on 4Chan talked of all these details: – version for the three consoles and ending of the embargo on February 3. GameXplain has been able to confirm through its own sources and versions of Switch and PS4, but not the date or the game on Xbox One. It is possible that the Microsoft console may appear as one of the objectives to be achieved with the funding.

Despite the fact that in the beginning, this rumor might seem strange, the well-known Liam Robertson from Didyouknowgaming ensures that it is real. “I have waited for Platinum to announce in your time. The presentation was set for Monday”. Apparently Platinum would have taught the project to various publishers but none were interested, including Nintendo. The plan of Kickstarter was the other option.

Platinum (apparently) pitched it around to different publishers. Nobody wanted it. Nintendo certainly didn’t want it. Kickstarter is a back-up plan.— Liam Robertson (@Doctor_Cupcakes) February 1, 2020

what we could Also see Scalebound?

Robertson explains that the license was shared between PlatinumGames and Nintendo, but in theory it is now in the hands of the developers. In response to another question on Twitter, nor ruled out that it also will rescue in the future Scalebound, the game cancelled by Microsoft.

For the ill-informed: no, Nintendo did not ever fully own TW101. They jointly owned the IP. Rumours indicate Platinum may have fully acquired it now. I can’t confirm that part.— Liam Robertson (@Doctor_Cupcakes) February 1, 2020

The analyst Daniel Ahmad had already commented yesterday that PlatinumGames could adapt The Wonderful 101 to new platforms, while the investment of Tencent, would be used for long-term projects, cross-platform, not the old catalog. “Platinum will seek to finance old versions so independent now that they have some stability by Tencent”. The study was recently an important funding by Tencent.

A game from Hideki Kamiya

The Wonderful 101 it is a title of the director Hideki Kamiya, creator of Bayonetta, director of Devil May Cry, Resident Evil 2 and Okami. It’s a frantic and spectacular action adventure that called for a gameplay that is highly original where controlábamos the characters of a group of 100 superheroes, and use their bodies to create large weapons, and even vehicles and structures in order to open a passage through the scenario. 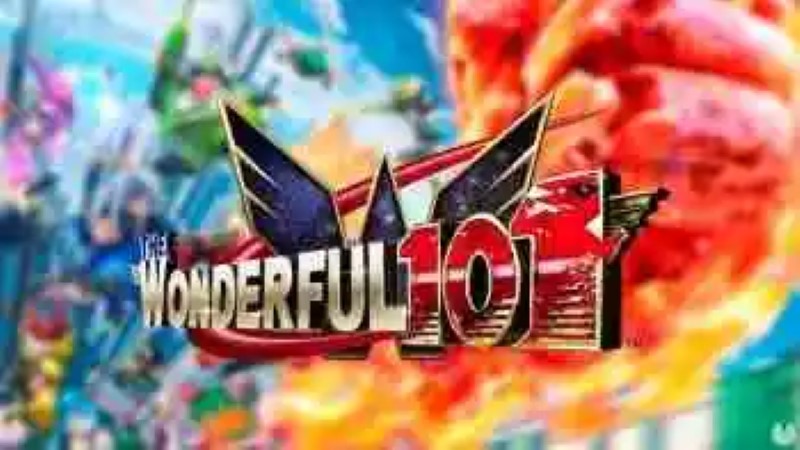