Rytmik Studio, Cinemax, seeks to be funded on Indiegogo

The music software is prepared for the PC and Nintendo Switch.

In this occasion the company seeks fund the project on Indiegogo with the intention to launch it in Windows and Mac. there Will be a version in early access on Steam this year and the final version will arrive in 2018. Is also prepared for the Nintendo Switch, console that will arrive in 2018.

As in the previous occasions, it will be a program geared to the creation of music simple, flexible and fun. Includes a catalog of 1200 samples and a wide selection of instruments and sound effects.

The compositions can be shared online or exported by some of the traditional formats of digital sound. It will also include the Rytmik Cloud so that users can upload, share, and remix music.

The title will have a price 27,99 euros. mode Rytmik Live, designed for live performances, will be sold as an additional expansion for 7.99 euros. Through its campaign finance you can support the project and get the title in multiple configurations. 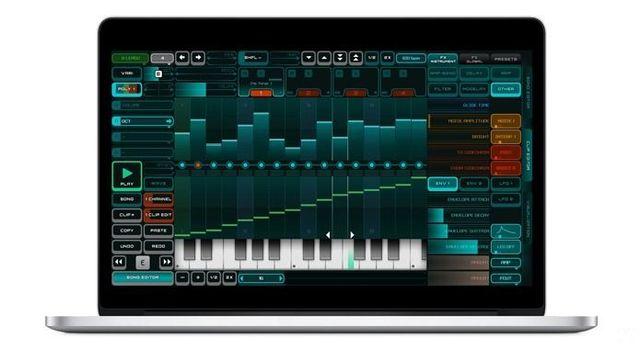 Free Download WordPress Themes
Download WordPress Themes
Premium WordPress Themes Download
Download WordPress Themes
lynda course free download
download intex firmware
Download Premium WordPress Themes Free
udemy course download free
Rytmik Studio, Cinemax, seeks to be funded on Indiegogo
Warcraft: Orcs & Humans and Warcraft II: Battle.net Edition already available in GOG.COM
The legendary game of strategy in real time come to the digital store.Acti...
So is the new gesture that Google Play Store is trying to close the promotional images
"Swipe down to close" is the new gesture that Google Play Store is te...
Do you need a laptop? Get one this Black Friday with up to 30% discount
The laptops are a tool for work (and leisure) that is already in practical...
‘Dragon Ball Z: The Resurrection of F’, new trailer and waiting movie posters
2015 will be a great year for lovers of Goku, Vegeta and company , be...