‘Sabrina: the Tale of Winter Solstice’, a Christmas among witches less corrosive than expected 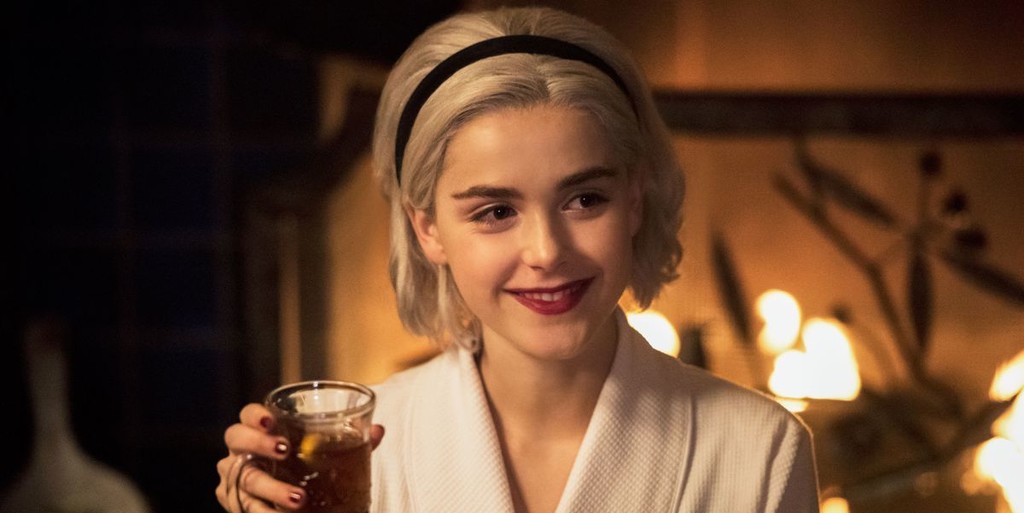 Are complicated episodes out of season in general and christmas in particular. Although things do not work quite as well as in the television classic, and more than isolated programs that do not disrupt the continuity of the series, the episodes of christmas in a time of Netflix are almost all the opposite of old: a hinge between seasons, an excuse to launch the viewer a bonus chapter to endure the wait (increasingly brief, admittedly) until the arrival of a new batch of chapters.

that way, this ‘Tale of Winter Solstice’ paves the way for a series of frames that will be developed in the second season of ‘Sabrina’ at the time that he shoots other of a more or less hasty, since in 55 minutes (to take nothing less than two monster-of-the-week own dates) does not give time too. Thus, progresses that the renewed relationship of Sabrina with her fellow witches and orphans, which rivaled in the first season, will be more cordial, while trying to maintain the naturalness of their relationship with a friendly human will be, without doubt, involved in one way or another in frames of the supernatural.

And apparently is more or less clear that the burden of the dramatic second season will fall in the relationship with the human Harvey, in the same way that in the first fell in the doubts of Sabrina (on paper, more interesting) about your condition witch. Perhaps this christmas episode has been a step too radical in that sense, since as outlined, the rejection of her ex-boyfriend to the magical world is total (it is not for less, after what happened with his brother, and all because of Sabrina).

Even so, and even if the situation seems unsolvable, what is certain is that ‘Sabrina’ is not proving to take too seriously the tragedies that grip the characters, as demonstrated in the reset that has suffered the relationship of the protagonist with his aunts. Everything is in perfect harmony in that home of witches now, as we were introduced at the start of the first season, in spite of the many toads that they have all had to swallow.

That’s not necessarily a problem, although it gives the impression that it will cost to be involved in future movement dramatic of the characters if Roberto Aguirre-Sacasa is left alone with the parts that interest you: under my point of view, as seen in the first season should have marked the relationship of Sabrina with her aunts remains unforgettable, as has been the case with your boyfriend and friends human, but appears not to have been as well. A minor detail and disculpable (we all want to see Sabrina to good with their aunts), but that it would be desirable that the showrunner to navigate with caution in other dramatic arcs.

‘The chilling adventures of Sabrina’: an authentic caramel satanic disguised as a teen comedy

‘Sabrina: the Tale of Winter Solstice’: when they die the subframes

And in the same way, this ‘Winter Solstice’ also serves to fulminate a couple of frames that could have been branched into the second season. The relationship of Sabrina with his dead mother can do, but with the problems of identity being fixed, it seems that Aguirre-Sacasa wants to give them sweep it under the carpet. And in the same way, the idea of the baby in the house is cut off from root. I don’t know if we will see much more to the troublesome creature, but something tells me not to, and since then, will not be in the family. An episode has barely lasted the situation, after focus one of the subframes, the more erratic of the first season. 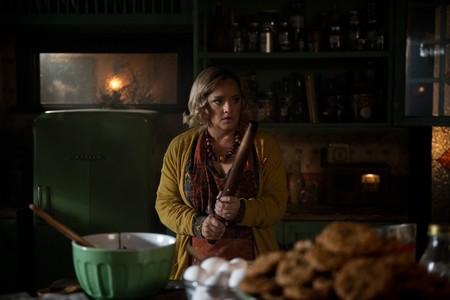 What is left to us, then? A christmas episode in transition to tie and untie frames -as seen due to its abundance, some better than others, and a couple of monters-of-the-week simultaneous and, since then, less than few episodes of the first season that embraced this format: a witch robaniños and a Santa Claus bellaco-opening a trope that no doubt we will see repeated – interferes in the lives of the human friends of Sabrina.

As always, and while the first season did so at a rate much more forceful, ‘Sabrina’ triumphs in the pervert the codes and topical christian, in this case at a date as indicated as Christmas – despite being a holiday already highly paganizada, the series misses the opportunity to smirk on the subject-. Have fun with the parallelism with the solstices, with the ornaments and the customs, but although it is fun, it is not so corrosive.

as much as the idea of a special christmas of our favorite series we flash them (more for the concept to be historically great results), ‘Sabrina’ let pass the opportunity of razing the topics of rigor with the flamethrower satanic. Possibly because voluntarily prefers to focus on style subframes, having shown in his first season that feel like poison and is not lacking: we will have to wait for the spring and the second season to see up to what point the Evil one is still flying over the series.

'Sabrina' deals with the devil: Netflix and the Temple of Satan come to a legal agreement

When the technology helps in the motherhood (without load more junk)

'The chilling adventures of Sabrina’ presents the trailer of their special christmas: 'Tale of winter solstice'

–
The news ‘Sabrina: the Tale of Winter Solstice’, a Christmas between bruges less corrosive than expected was originally published in Espinof by John Tones .