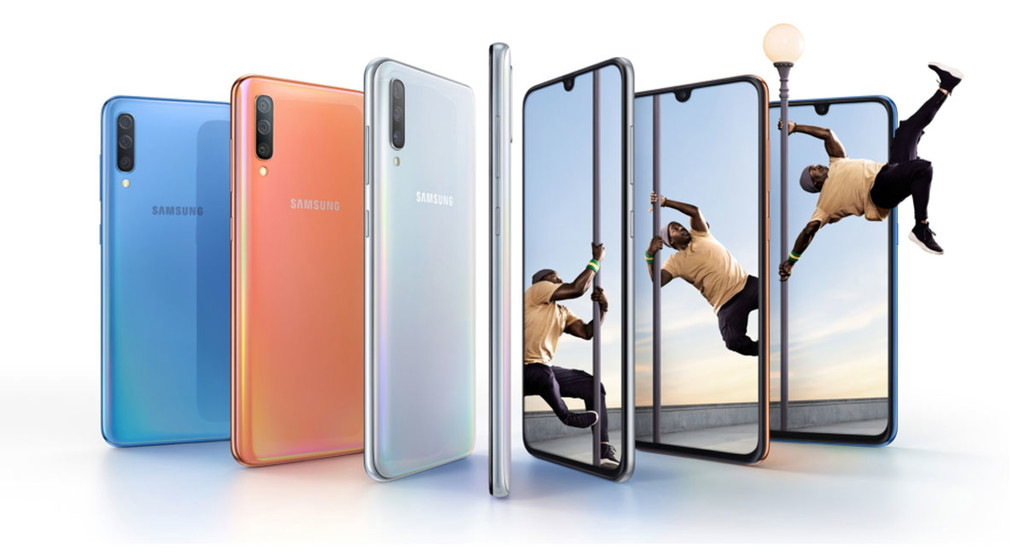 We have a march of almost a new Galaxy for a week, and after that yesterday seeps your design and some of its specifications, the Samsung Galaxy A70 is now official. Follows the line of the rest of the Galaxy, though he has a peculiarity evident: your size.

technical Sheet of the Samsung Galaxy A70 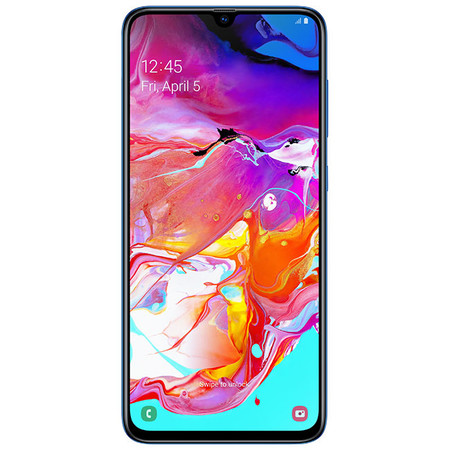 With so many Samsung Galaxy To new, it is difficult to remember which is which or how they differ, but not in the case of the Samsung Galaxy A70. Is the giant of the series, with a Super AMOLED display 6.7 inches with FullHD resolution+ 1080 x 2400.

The resolution is a little weird, yes, and that is because of the peculiar aspect ratio of 20:9. Are not the 21:9 Sony, but almost. The design is the same as that in the rest of terminals Galaxy, with edges reduced, a small chin and a notch courtesy of the screen Infinity-U.

Samsung Galaxy A9 (2018) analysis: the arrival of the four cameras in the rear to the middle range

This large screen has an impact on a size not suitable for small hands, which already exceeds the 164 millimeters high and 76.7 per wide. The thickness is maintained at the border between what is measured and what fine, below 8 mm 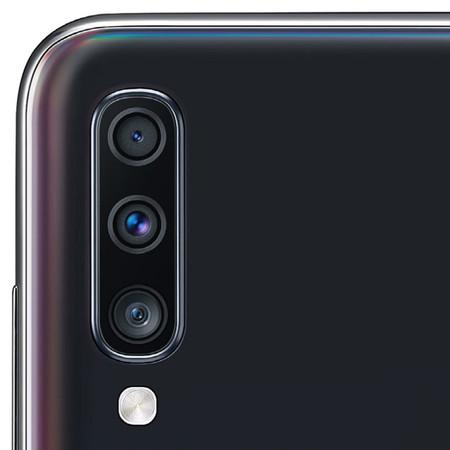 In the camera for selfies, the same story. While the camera of the Samsung Galaxy A50 is 25 MP f/2.0, in this Galaxy A70 32 MP f/2.0. It also doubles functions such as facial recognition in addition to the fingerprint reader, which is located under the screen.

Battery for a while and super-fast charging 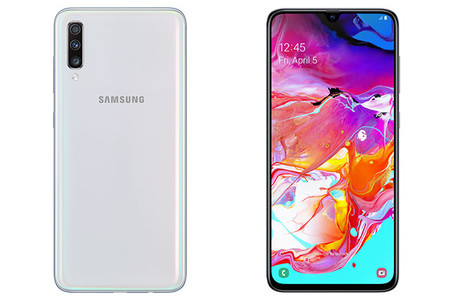 In terms of performance, we have a processor without specifying eight cores, two of which are 2.0 Ghz and the other six to 1.7 Ghz, united to a number of RAM 6 to 8 GB. The storage is just as generous in other Galaxy, with 128 GB available that can be expanded by using a microSD card of up to 512 GB.

In the battery there is a significant jump, because even though the Samsung Galaxy A50 was already well-stocked with its 4,000 mAh, in this Samsung Galaxy A70 the bet goes up to the 4500 mAh capacity. Many mAh are those, but luckily they recharge fast because it’s built into super-fast charging to 25W. 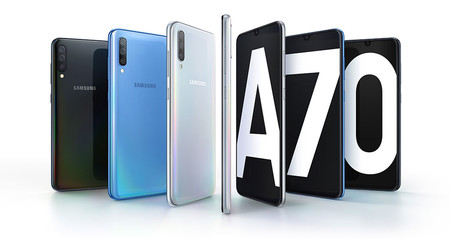 Samsung has officially unveiled the new Samsung Galaxy A70 in your blog, without indicating what markets will be available or when. The only indication is forwarded to the scheduled event the April 10, where surely we have all the details of this and other models. Also unknown price for the time being.

What we do know are its versions and colors. There will be models with 6 to 8 GB of RAM, all of them with the same storage of 128 GB and will be available in the same colors as the rest of the Galaxy, that is to say, blue, white, black and coral, with an effect of iridescencia.

Samsung will unveil new mid-range the next 10 of April: Galaxy A40, Galaxy A60 and Galaxy A90 in the spotlight

–
The news Samsung Galaxy A70: the giant series has a display of 6.7-inch, and battery 4500 mAh was originally published in by Ivan Ramirez .