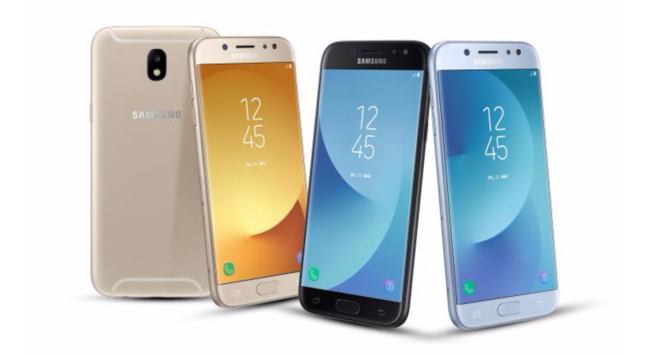 The renewal of the series Galaxy J Samsung it was an open secret, but it has not been until today when we have been able to learn the new proposal of the brand for the segment more affordable of your catalog. As had been concocting lies from weeks ago, the Samsung Galaxy J3 2017, Galaxy J5 2017 and Galaxy J7 2017 are already officers.

With this begins the third generation of a family of smartphones that arrived in the summer of 2015 to conquer those who are looking for a mobile full-featured, but affordable. During these two years we have seen the Galaxy J going to improve to come closer to the average range.

The face of the Galaxy J 2016 to see everything that has changed.

Galaxy J3: lights and shadows in the most modest of the range

in the absence of which is to advertise a hypothetical Galaxy J1, which is currently the Samsung Galaxy J3 2017 is the most basic model of this new range. The version of 2017 brings some important changes, both for better and for worse.

Within the most outstanding novelties is the increase the RAM from 1.5 to 2 GB the internal memory is doubled to 16 GB, comes standard with Nougat and also debuting a new rear-facing camera, 13 megapixel and lens f/1.9. In addition, the Galaxy J3 2017 account with a more elegant design made in metal.

On the bad side we have a screen TFT instead of Super AMOLED from the model year 2016, without doubt the most loose of this model, but not the only one. The Galaxy J3 2017 also is left by the road 200 mAh battery. Its price in Europe would be 219 euros.

A step above the we have the Samsung Galaxy J5 2017, the intermediate model is that in this generation win an item highly practical: the fingerprint reader. it Comes built into the front, where we also find the same HD screen of 5.2 inches, and this time it is Super AMOLED.

In terms of design, the J5 2017 also betting on a metal chassis to the full, leaving the combination of metal frame and plastic body found on the Galaxy J5 2016. We also highlight the cameras, which now both have 13 megapixels, in addition to more lenses bright.

In the section of the processor there are no concrete details, but we know that increases in power with an octa-core processor, 1.6 Ghz, while the RAM stays at 2gb. We continue to have 16 GB of capacity, but this time will there be a model with 32 GB. Could not missing Android Nougat and the battery, which again at low capacity with respect to the previous model, but still retains a reasonable 3.000 mAh. With regards to the price, according to early data, would be in 279 euros.

Samsung Galaxy J7: the apt pupil has been advanced by a little more

As we’ve seen with the Galaxy J5, the new samsung Galaxy J7 2017 also gains the fingerprint reader as a great novelty of this version. Not long ago, the scanner fingerprint was reserved for the high ranges, but it is interesting to see that in little time has gone growing until terminals more basic as the series J. Also has a design all-metal instead of combining it with plastic, and repeat with a screen Super AMOLED full hd 5.5 inches

With respect to the processor, the new model also raises the bar with a octa-core processor, 1.6 Ghz and in this case also increases the RAM to 3 GB. We have two models of 16 or 32 GB and the same camera of 13-megapixel camera that we have seen in the previous model. With respect to the battery, this time it increases, and is placed in 3,600 mAh. The price of the Galaxy J7 2017 would be 339 euros.

–
The news Samsung Galaxy J7 2017, J5 2017 and J3 2017, comparative: thus has evolved the basic range of Samsung was originally published in Xataka Android by Amparo Babiloni .