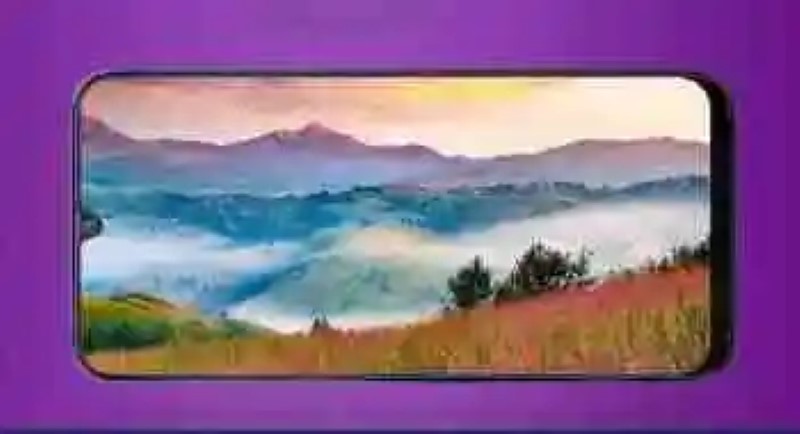 Samsung Galaxy M40 spotted on Geekbench running Android Foot and Snapdragon 675
After the avalanche of models that it has introduced Samsung in series, one might think that we would not have ne...

After the avalanche of models that it has introduced Samsung in series, one might think that we would not have new models of Samsung for a time, and we would be mistaken. If we take into account the information collected Geekbench and various certifications would be by getting one more: the Samsung Galaxy M40.

With the unmistakable model name SM-M405F, the last track are a handful of benchmarks listed in Geekbench with data that is fairly consistent, and that we shed some clues about the specifications that we can expect in which, supposedly, will replace the Galaxy M30 as a stop of its range.

► Hearthstone announces battlefields, a new mode autobattler for 8 players The game of cards Blizzard has revealed a ne...
► How to upgrade the official firmware from Samsung with ODIN Wait till your device is made with the late...
► Android 4.4 KitKat could support 64-bit processors, but do we really need? live time of technological change, techn...

today, there are a total of four benchmarks in the Geekbench on this model. They are all from the same day and maybe the same phone, because the results are quite consistent in all cases with a score in the test of a single core about the 2360 points and 6450 for the multicore. 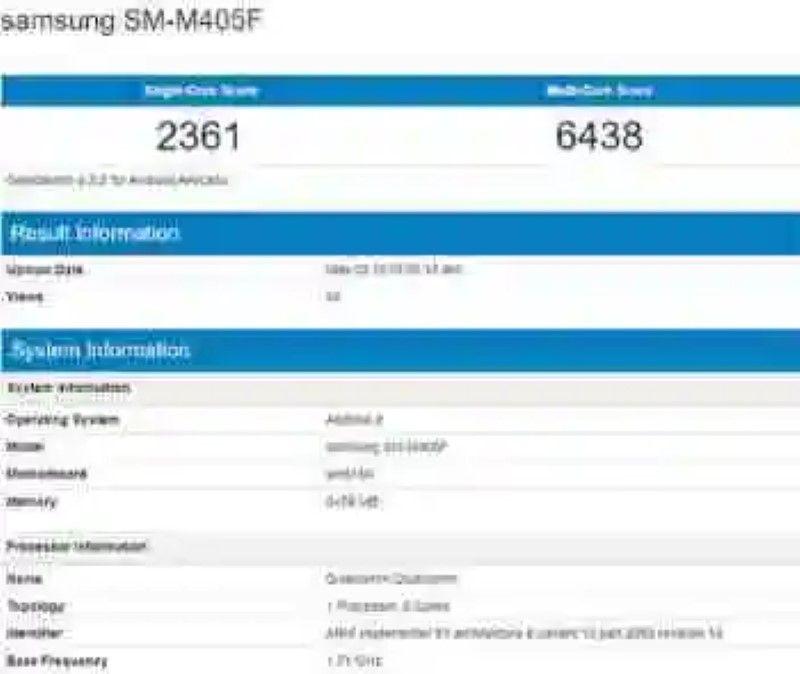 As always, Geekbench throws us some additional data on the terminal. It should be noted that have installed Android Foot, something we can take for granted already with the beta version of Android Q a very advanced, but to put in perspective to remember that the other Samsung Galaxy M came out with a Oreo.

Another detail is that you have Snapdragon 675, here pictured under your name in the key sm6150, and 6 GB of RAM. It is the same amount of RAM available on the Samsung Galaxy M30, but it mounts the Exynos 7904 own.

Other rumors speak of that would have 128 GB of storage, but otherwise we don’t know much more of him, including the details of your screen, camera or battery. Taking into account that Samsung Galaxy M30 battery of 5,000 mAh and camera triple, the normal thing is to repeat the configuration with better specs, but with Samsung you never know.

Samsung Galaxy A10, the most modest of the A-series boasts the screen, but only has 2 GB of RAM

Samsung Galaxy A2 Core, the most basic of Samsung, leaked by Evan Blass

Why the earthquake in Ecuador?
Ecuador earthquake occurred as a result of the movement of the Nazca...
What makes Cryptocurrency Unique?
Cryptocurrency is a combination of encryption and currency. By employ...
Symphonical, interessantes Werkzeug, um gemeinsame Aufgaben zu organisieren
Wir haben viele Möglichkeiten im Internet, die uns um Aufgaben zu koord...
Imagine Toro mascot PlayStation in Japan in the universe Siren
It is the first of several 'crossovers'. To celebrate the twentieth anniv...
Bibliography ►
Phoneia.com (May 6, 2019). Samsung Galaxy M40 spotted on Geekbench running Android Foot and Snapdragon 675. Recovered from https://phoneia.com/en/samsung-galaxy-m40-spotted-on-geekbench-running-android-foot-and-snapdragon-675/

This article was published by Phoneia, originally published in English and titled "Samsung Galaxy M40 spotted on Geekbench running Android Foot and Snapdragon 675", along with 18989 other articles. It is an honor for me to have you visit me and read my other writings.
◄ The volcano of Fortnite erupts and destroys Floors Chopped
During the last year, Mario Kart Wii has quintupled the sales of MK8 Wii U ►