Samsung Galaxy S5: The Next Galaxy 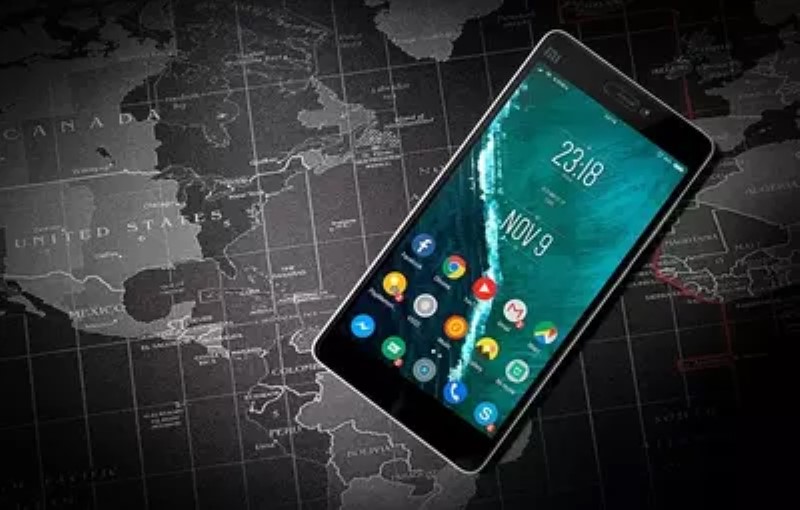 Samsung Galaxy S5: The Next Galaxy
After many months of rumors and leaks, the flagship Samsung expected for this 2014 is already upon us. The Samsu...

After many months of rumors and leaks, the flagship Samsung expected for this 2014 is already upon us. The Samsung Galaxy S5 is the fifth edition of this great family that has contributed to the many successes and Korean manufacturer has placed it on top of the Android scene. As expected, the scene of his presentation was the Unpacked event 5 held Monday at the Mobile World Congress, but direct to the latest news of the S5 will.

Samsung wants to be the king of high-end and aim is that this new Galaxy S5 is the industry benchmark and who occupies the throne, not only by your specifications, but also by the set of functions and extra applications

► New trailer for ‘Onward’: the next original film from Pixar promises a fantastic adventure https://www.youtube.com/watch?v=oiHrzDDdhOo ...
► The platform LexNet returns to work after a weekend of maintenance work EFE A security breach exposed thousands of c...
► Places that you should never charge the mobile phone When you run out of battery on your mobile a...

The Samsung Galaxy S5 has the 5.1 inch SuperAMOLED display with 1920 × 1080 full HD resolution. Its processor is a Qualcomm Snapdragon 801, also called MSM8974AC with four cores at 2.5GHz, which we have known more today at MWC. The evolution of the SD 800 also improves the GPU runs at 578MHz now.

All this is accompanied by 2GB of RAM memory, so the leap to 3GB will have to wait although its frequency changes from 800MHz to 933MHz and the internal storage variants found 32GB and 64GB, though, for those who need to expand the space and transport large amounts of data incorporates a microSD card slot up to 64GB on the back cover.

To endure all day, the Galaxy S5 features a 2800 mAh battery , a great leap from its predecessor and certainly necessary to support the increased benefits. A good point is that the battery is still removable, so those who need extra autonomy and do not have boots nearby, can easily enlarge.

mode Ultra Power Saving Mode saves battery to get to the end of the day with complete reliability. This mode turns the display just black and white, getting rid of unnecessary functions, keeping only the essentials, 6 apliciones. Telephone, SMS, browser and three more to choose my user

The Rear Camera increased to 16MP with its own sensor, which improves shooting in low light conditions and it is accompanied by the new range of LED flash 3432 1.8t (FH341A) already talked a few days ago. It has an f/2.2 aperture and autofocus system allows new point and shoot with just 0.3 seconds difference between shots.

It has the ability to record 4K quality (a resolution of 3840 × 2160) 1080p 60FPS and its software are incorporated dozens of shooting modes for different situations and effects of an HDR image and live mode.

The Android interface on the Galaxy S5 has a total change, this is version 4.4 KitKat, but as usual, Samsung has customized his cloak. Touchwiz has been completely renovated now showing a much more modern look. Of course, with it comes all the extra features that the Korean brand adds to their devices and can not fail in its most important model.

All colors are now flatter, without gradients and found one of the desks My Magazine to slide. This is the new feed of content that will be updated with our use and preferences. The capacitive button Multitasking makes first appearance in place of the traditional menu.

Speaking of buttons, another of the star features of this Samsung Galaxy S5 is fingerprint sensor that is in the Home button, a successful location for this type of technology and more comfortable and accessible to the user. With it, you can assign different tasks to multiple fingers, shortcuts and of course, the function of unlocking the phone but also more advanced as PayPal payments.

The fingerprint reader also unlock Private mode, leaving the light documents, photos and other files that only we can access with our fingers. Traces, say from Samsung, are stored encrypted on the device, and never get up on the cloud. Paragraph design we find Conservative a Galaxy S5, S4 similar design, albeit with modifications. The rear, plastic, finished with brings microdots very similar to what we saw in July 2012 and Nexus line of embroidery faux leather finish with the Note or TabPro is not followed.

Bass found the camera flash as well as new sensors to measure heart rate and rummage around in the application My Health 3.0, that is renewed may keep track of our life and sports. Has function pedometer, calorie counter and diet and exercise log.

Another novelty is the resistance to water and dust (covering the microUSB slot), not for the first time we should expect the model to see these features Active. It has IP67 certification also provides resistance to sand.

The new flagship of the South Korean manufacturer will be available on April 11 in 150 countries, although it has not revealed the price will be around € 699 free and appear 4 different colors, white, gray, black, champagne and dark blue, and a series of new accessories, headphones and cases which we will present shortly. What do you think the S5 Galaxy

In Omicrono have prepared a summary of The Good and Bad of this Galaxy S5. Head over to read and comment 🙂

Google Photos, and will be its new standalone application for Android
The complete separation of Google Photos of the social network Google+...
The App WWDC is transformed into Apple Developer App, with new content throughout the year
Apple has revamped the application of WWDC, which is now called Apple Deve...
The app from Facebook doesn’t come preinstalled on the mobile Samsung: this is what happens
Facebook is again the subject of controversy. A publication of Bloomb...
‘Crisis on Infinite Earths’ will also have the Lois Lane for ‘Smallville’ Erica Durance joins the crossover Arrowverso
Just a few hours have passed since the announcement Tom Welling was goi...
Bibliography ►
Phoneia.com (February 25, 2014). Samsung Galaxy S5: The Next Galaxy. Recovered from https://phoneia.com/en/samsung-galaxy-s5-the-next-galaxy/

This article was published by Phoneia, originally published in English and titled "Samsung Galaxy S5: The Next Galaxy", along with 18987 other articles. It is an honor for me to have you visit me and read my other writings.
◄ Deleting data from the cache of an application in Android
You can now buy the Nokia X and Nokia XL in advance booking ►