Samsung Galaxy Tab 8.0 (2017): GFXBench, reveals specifications prior to its release 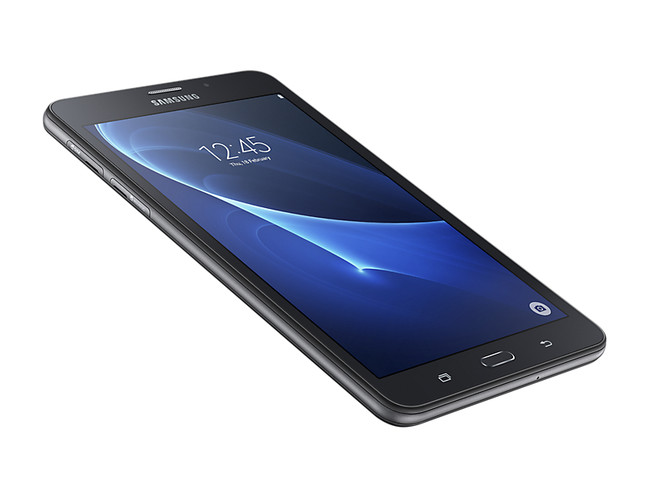 Although the tablet market does not have as much movement as the smartphones, we are still seeing very interesting proposals in different price ranges for anyone. For the part of Samsung, the tablet is more recent is the Galaxy Tab S3, a high-end device with a power substantial, but a high price.

for those looking For something more affordable within the catalog of tablets from Samsung is the family Tab To, with specifications more humble but significantly cheaper. A new successor of this family has appeared for the GFXBench and has let us see a good part of the technical features that would make this tablet. 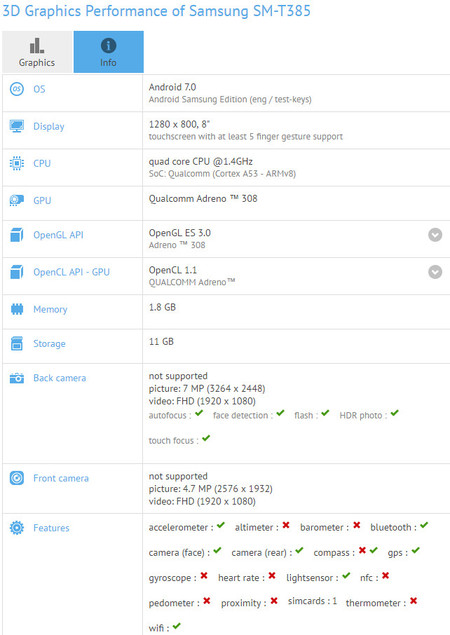 The number of model that can be seen in the screen capture fit with the assigned family Galaxy Tab, as the current generation is SM-T350. In terms of display, there would not be much of a surprise, keeping the 8-inch mark, the name of the device, like the HD resolution (1280 x 800 pixels).

as for the processor, choosing a Snapdragon 425, a quad-core 1.4 GHz processor that makes gala of the GPU Adreno 308. This chip will accompany 2 GB of RAM and 16 GB of storage. In the section of the cameras, we will have a rear sensor of 8 megapixel and one front of 5 megapixels. The software, on the other hand, would be in charge of Android 7.0 Nougat with its layer of customization.

As we can see, the tablet would come with a specifications more than enough for those users looking for something inexpensive. So far have not transcended more data about this device, as we get more information we will offering it.

Via | Phone ArenaXataka Android | Samsung Galaxy Tab S3 vs. Galaxy Tab S2, as well has evolved in the high range of Samsung tablets

–
The news Samsung Galaxy Tab A 8.0 (2017): GFXBench, reveals specifications prior to launch was originally published in Xataka Android by Santiago Luque .