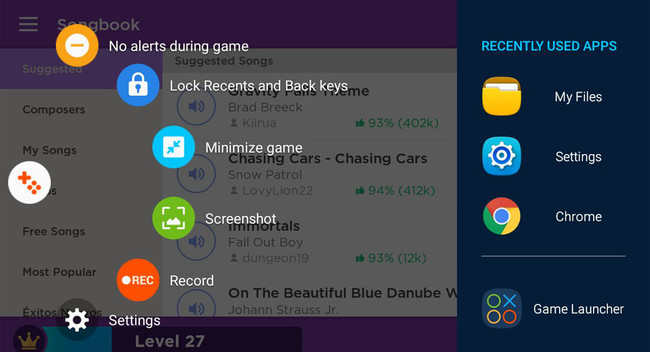 Samsung Game Launcher is an application focused on improve the gaming experience. It was launched alongside the Samsung Galaxy S7, but since then it has been extended also to other models. Now, if you have a mobile Samsung and you have no idea what I’m talking about, I don’t blame you, as the roads of Samsung are indecipherable, and the shop of applications of Samsung leaves much to be desired.

What is true is that Samsung Game Launcher and his fellow-sufferer, Game Tools, can be of great utility for anyone, and more since that was updated recently to version 2.0. It is even possible to install it in old mobile like a Galaxy A5 first generation. Learn here what is, what it does and how to make yourself with the Game Launcher.

What is Game Launcher

the Game Launcher itself already gives you a good clue in his name because, effectively, it is a launcher of games. It is not the first to come up with the idea, which is a theme that we have seen many times in applications such as Clean Master. In this case is generally attached to the release of the game with the closing of the other applications, so that, in theory, to go faster. The Game Launcher of Samsung has quite a bit more chicha.

Nothing more open Game Launcher shows you a window with the games you already have installed. It detects them automatically, although you can include more (even though they are not games, but apps) by pressing the button Add Apps. If you don’t have any game, Game Launcher will help you to find them by clicking on Find More Games. 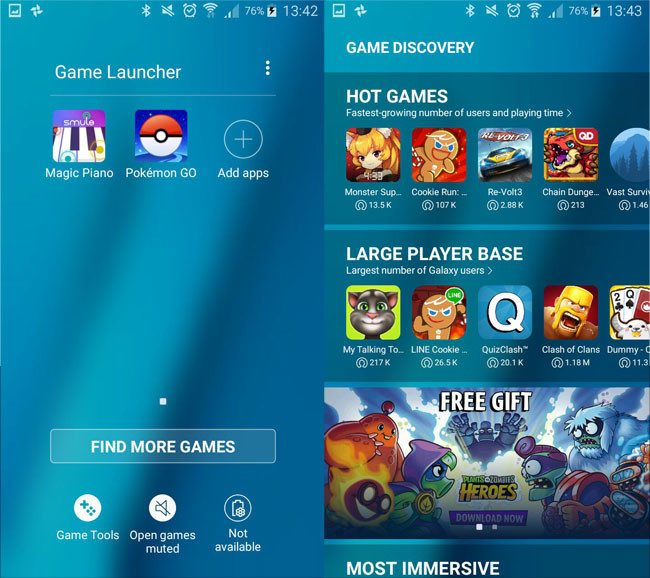 The way Game Discovery is a selection of games categorized according to their number of users, how much time is spent on the users of media playing, or by category. Each game has its own tab with information about the evolution of your number of users and the average time of game, with a link to Google Play to install it.

however, you will probably of the greatest interest to the three buttons at the bottom of the main screen. Are the options with the opening of the games. You have to touch them to turn them on before opening the game in question and are the following:

the Game Launcher also takes a record of your playing sessions. You can view it by tapping the menu icon and choosing My diary. In the log you can see the games that you have recently opened, how much time you used and in what genre of games is your favorite. All this information is recorded only if you cast them with the Game Launcher. If you do so by your account, not the account. 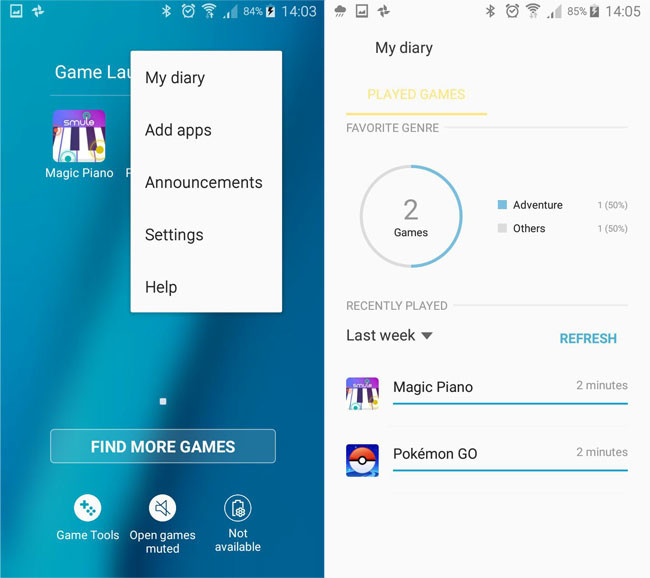 What is Game Tools 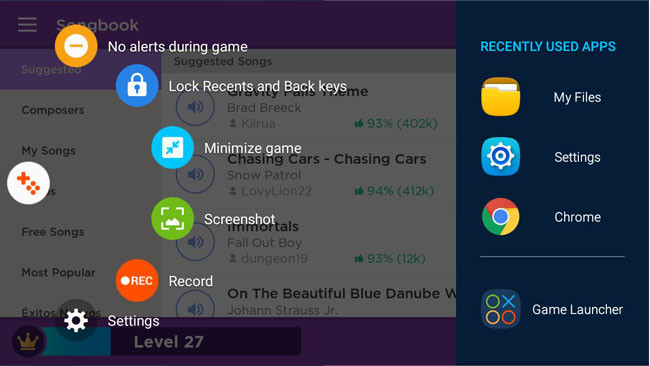 To display the menu, tap on the floating icon. To get it, returns to play in the same. You can move the floating icon on the screen and place it wherever is most convenient not to bother you or drag it to the top so that disappear. In such case, you can go back to show from his notice. 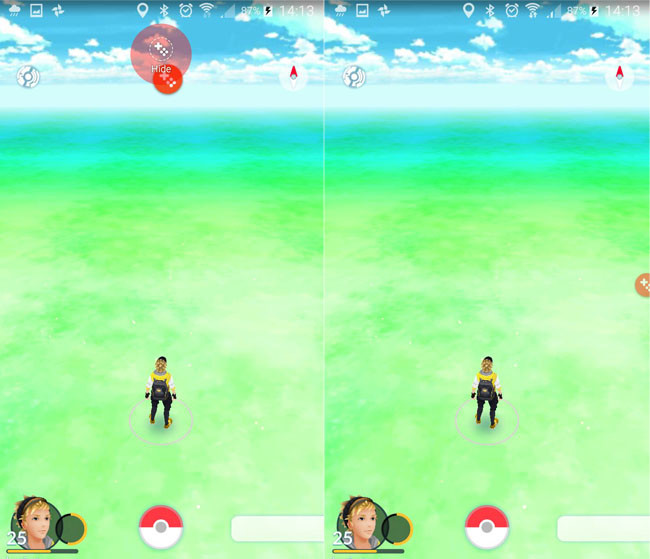 what is it Game Tools

Now that we have already seen what is Game Tools, let’s look at what makes each option of this floating button. The first disable alerts during game. That is to say, you will not receive annoying notifications of this friend heavy that will always ruin the game escribiendote thousand messages. Most of the notifications are hidden and silenced, even though some applications may not be compatible with, and to be in the same way, as Facebook Messenger.

The second option is equally interesting: lock buttons for Recent and Back. Have you ever had an experience that you’ve touched without wanting the buttons of the mobile phone and ruined at the same time the game? If you check this option, these buttons will no longer operate and will be displayed each time you click on a lock to let you know. The Start button is still functioning, however. 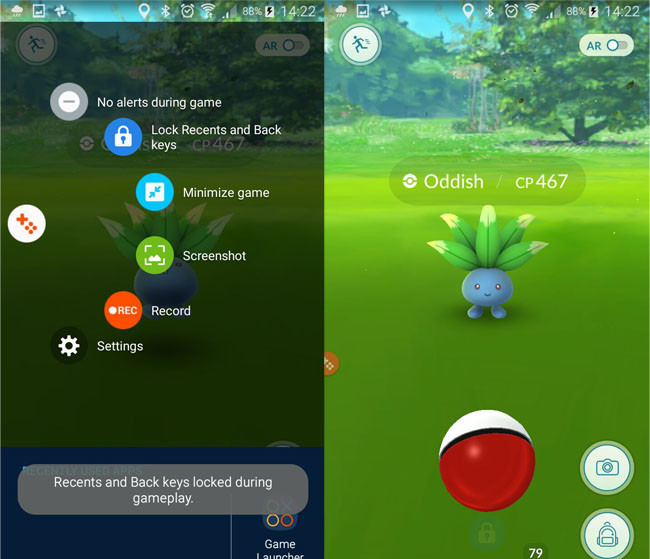 The following option explains itself: Minimize Game and it does exactly that, minimize the game. Yes, it is possible that this feature will only work on phones where Game Tools, and Game Launcher are available officially, like the Galaxy S7. In the rest gives an error message.

For his part, Screenshot makes a screenshot. It is a normal screenshot and a current, equal to the that you can do for your account, although it is saved in the folder with the name of the game in question.

To end, there is the option Record, to record the screen in video. Like the option to save screenshots, videos of your best game is saved in a folder with the name of the game, which is appreciated. Will depend on the power of your mobile that the performance of the game suffer a lot or not when recording video, but it looks quite acceptable. 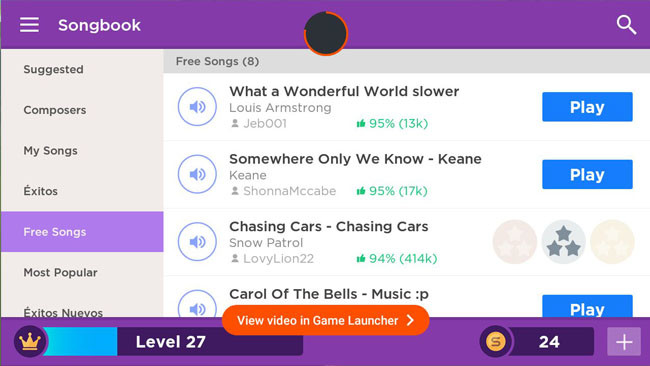 do you Have a mobile phone Samsung mid-range or high, more or less recent and has no Game Tools? How could it be otherwise, always you can download the APK. Yes, you need to have at least Android Marshmallow.

The APK Game Launcher should not give you too much trouble to install. The latest version as of today is 2.0.18 and installed it without problem on my old Samsung. Game Tools for their part it seems a little more complicated, because the latest version, 1.0.41, I closed automatically nothing else open it, but it has worked without problems the previous version, the 1.0.19. In any case, I would try it first the more modern version, just in case.

In Xataka Android | ARM, ARM64, X86, DPI… How do you know which APK to download for your mobile phone?

–
The news Samsung Game Launcher, and Game Tools: what are they and what are they for was originally published in Xataka Android by Ivan Ramirez .