Samsung Music changes its design again, with One UI, and you can also try on Oreo 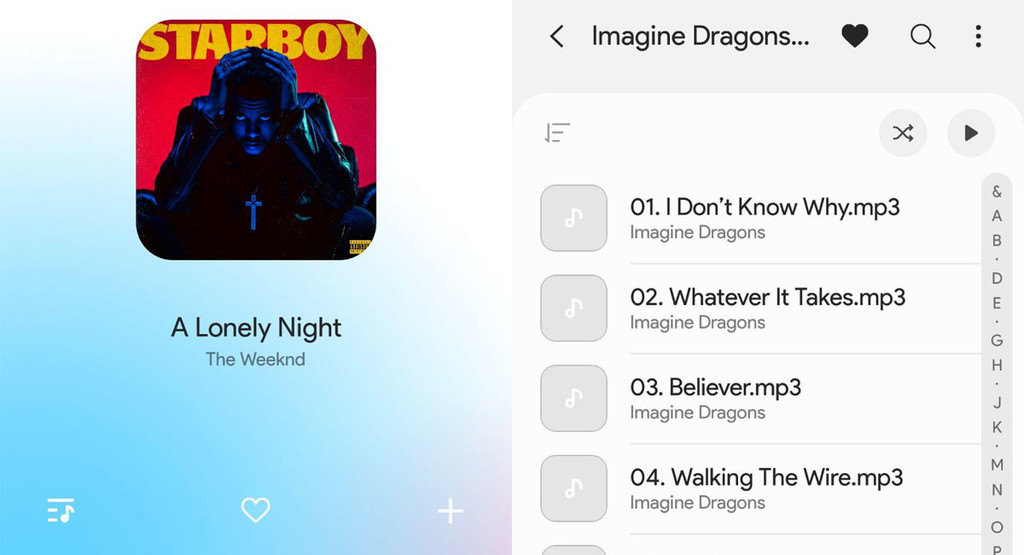 Samsung is giving a good coat of paint to all of their applications to adapt to the new design line of Samsung One UI, and the good news is that some of these changes are also available for those who are still stuck in the previous version, Oreo. In the case of the latest update from Samsung Music.

The redesigns in Samsung Music are not uncommon. The latter was, in fact, five months ago, although the latest version is is a bit radical. Not only adapts to the changes of Samsung One UI, but it simplifies quite a bit the interface by changing the previous background blur for a more simple or predominantly white or black. 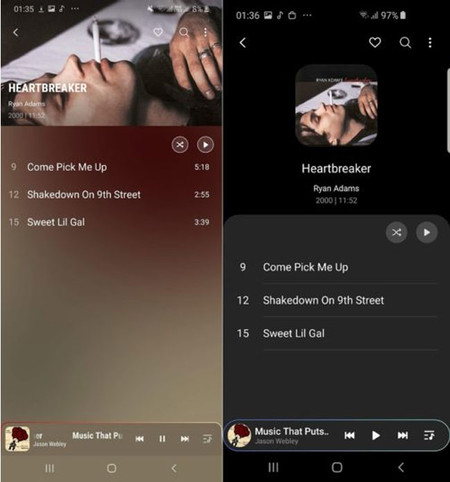 Samsung One UI is based on Android 9 Foot, and therefore this update to the music player from Samsung is designed for the latest version (for now) of Android. There the changes are somewhat more subtle, since the app was updated recently, but there are a few changes here and there, in most cases simplifications.

There are more rounded edges, as well as a style of icons is more simple, though the biggest change is probably in the bottom of the screen. There is now an image blurring from the image of the track or album, but it was basically black. It is a bit more boring, but more gentle with the battery of mobile. 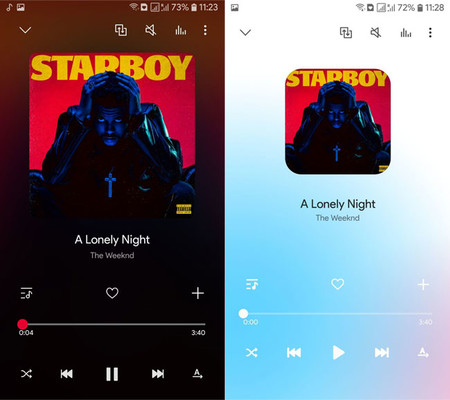 Now, the biggest change is when you install it on Oreo, because there there is no dark theme like in Samsung One UI, so that the interface is much more white than in the past. Too much, in my opinion, with a screen bottom that we assume that it is somehow related to the image of the track or album, although it does not seem so. This background is slightly animated. 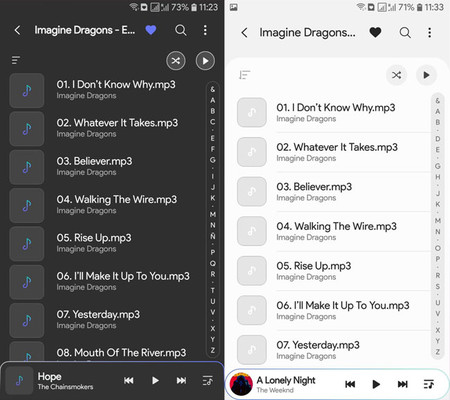 I’m Not going to lie, the new design it is a little shocking to compare it with the previous and in a way boring, because in some moments it seems that you’re in the Android settings instead of in a music player, although it will all be a thing of getting used to.

If you want to be the last, on compatible systems you should receive the update through Samsung Galaxy Apps (now Galaxy Store) . In the rest, you can find the APK on Sammobile, the latest version is 16.2.17.7.

Via and image | Sammobile

OPPO launches ColorOS 6: these are their latest innovations and models that are going to receive it

–
The news Samsung Music changes its design again, with One UI, and you can also try on Oreo was originally published in by Ivan Ramirez .

phoneia.com (March 20, 2019). Samsung Music changes its design again, with One UI, and you can also try on Oreo. Bogotá: E-Cultura Group. Recovered from https://phoneia.com/en/samsung-music-changes-its-design-again-with-one-ui-and-you-can-also-try-on-oreo/