Samsung, the Galaxy S9 and variants plus: the best is always the largest 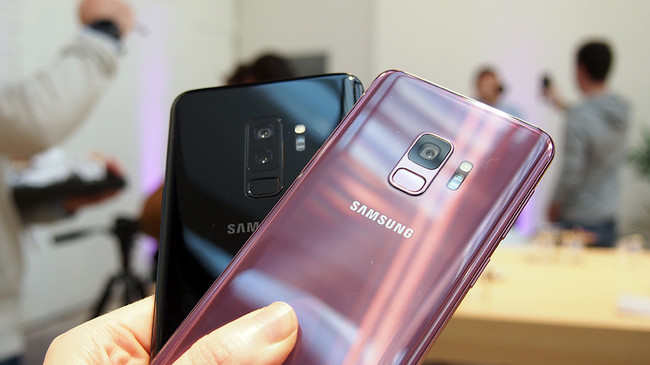 we finally have new models of the Galaxy S series from Samsung, the Samsung Galaxy S9, the flagship of Android that will surely be the most sold of the high-end of the year and, without a doubt, trend. And in this time have grown to be two models.

But the big difference this year is that the differences between the two models increase. Since it is not just a matter of having it (the screen) bigger, but there is a difference of specifications. And this strength to go for the giant phone if you want to be the last.

You are going a few years ago in which Samsung is launching two (or even three) models to its range Galaxy S. And the main difference was the screen size and the capacity of the battery. It is clear, the greater the size of the screen it should be more battery and there is nothing to justify there.

But this year have been encouraged to award more benefits to the model Galaxy S9+: more RAM (which we have already seen in the S6, Edge+, but that was released months after the S6 and Edge) and a better camera. And here is the key: if a user wants to have the dual camera which has become so fashionable is these days and good results achieved in the portrait mode, you have to opt for the large model.

This fashion of a terminal larger with significant differences in terms of specifications (and especially in the house) comes from Apple. With the release of the iPhone 6 and iPhone 6 Plus he began to create two versions of its high-end, with differences in size and in the camera. And, more recently, has created a third high range, a super high-end, iPhone X. Samsung is not going to be short positioning also in such a super high-end phones Note, which I’m sure we will see in summer: better specs and price is still higher. 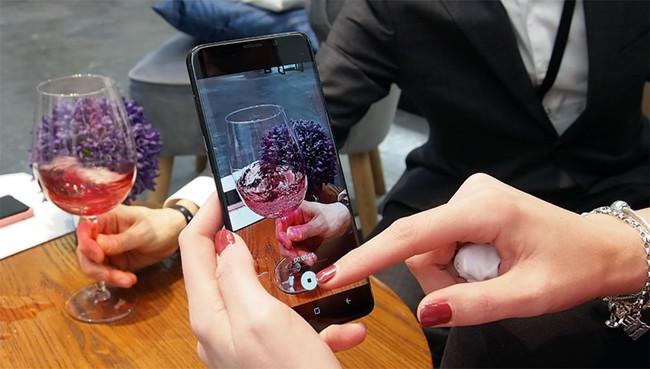 Many users of Samsung, and wonder why they have to choose the largest (which can be uncomfortable to many) if all you want is to have the top spec of the year. And the answer comes not so much from the side of the specifications, and if such or which component it should be in a terminal but a question of economics: the autofijación price.

what is with this technique of pricing is that each consumer to pay for the product what you are willing to pay. This is very complicated to implement, but ideally a company should charge each customer what they are willing to pay (a lot of money to the very enthusiastic, less money comparing and looking for the best price quality if the company is left with some margin).

As this is not possible (it is impractical, although there are countries in which the shops are still with the classic bargaining, and not fixed prices), which do a lot of business is create products that are very similar with different prices and the consumer will be inclined for the one that best suits your pocket. That’s why, for example, in the Starbucks cafés from 2 to 6 euros, and the differences are minimal (the cost of the coffee, the cream and the preparation time are ridiculous compared to the cost of the rental of a local central).

The mobile manufacturers have spent many years using that technique. A classic is the storage memory of the terminal. It is a common complaint of the users of both Android and iOS, the difference of having 32, 64 or even 128 GB of storage is very high compared with the actual cost of the memory to the manufacturer. It is clear, what you are looking for the brand in this case is to make each user pay what you’re willing to pay and have a few different specifications (such is the way of justify the price difference).

why Samsung increases the differences between models right now?

With the Samsung Galaxy S9 and S9+ Samsung creates this difference artificial with two similar products but different enough to justify 100 euro difference in the price (849 euros and 949 euros plus). This, in addition, we must add the differences of prices for the memory storage, so there will be a gradient of prices is surely up to the 1150 euros (although it is not yet known).

The big question is why Samsung has increased the differences between the models right now. that Is to say, the last year we already had two models, the S8 and S8+with up to 100 euros of difference, but the only change between terminals, it was the screen and the battery. Now the camera is a critical element in the high range, is also affected.

Although it is difficult to know for certain, what’s more likely is that the differences in the past were not enough to push a large majority of users to the model top. And this decreases the average price paid for the terminal, just at a time when the prices of the terminals of the high-end rise. Therefore Samsung has decided to separate, to differentiate even more their terminals.

The problem is that for many, even those who are willing to pay the price, that is, the 6.2 inches of the model plus they are too big for him. And at the end, with all of this marketing strategy pricing what is achieved is that in order to have the best terminal of the year (at least Samsung and saving the Note9) you have to go with the who has it bigger (the screen).

Xataka | Samsung Galaxy S9 and S9+, first impressions: ‘plus’, not only means bigger, also means better In Xataka Android | The Galaxy S6 to the Galaxy S9: so has evolved the high-end Samsung in recent years

–
The news Samsung, the Galaxy S9 and variants plus: the best is always the largest was originally published in Xataka Android by Alejandro Nieto Gonzalez .

Download WordPress Themes Free
Download WordPress Themes
Free Download WordPress Themes
Premium WordPress Themes Download
udemy free download
download micromax firmware
Download Best WordPress Themes Free Download
udemy paid course free download
Samsung, the Galaxy S9 and variants plus: the best is always the largest
What Features to Look for While Buying an Inventory Management Software for Your eCommerce Business
Running a manufacturing or logistics business is far more complicated...
‘American Horror Story: Apocalypse’ presents its first eerie trailer: the antichrist is already here
Only two days after announcing her renewal for a tenth season, FX has unv...
What precautions we should take when using augmented reality?
Although not is a feature that today is everywhere, the augmented rea...
News Vandal TV: The DLC of GTA V, Stripper Anya and the possible N64 Mini
We review all the news of the week.The week is about to come to an end, an...

phoneia.com (February 26, 2018). Samsung, the Galaxy S9 and variants plus: the best is always the largest. Bogotá: E-Cultura Group. Recovered from https://phoneia.com/en/samsung-the-galaxy-s9-and-variants-plus-the-best-is-always-the-largest/