San Sebastian 2019: ‘time with you’. Makoto Shinkai tries to repeat ‘Your Name’ without too much fortune 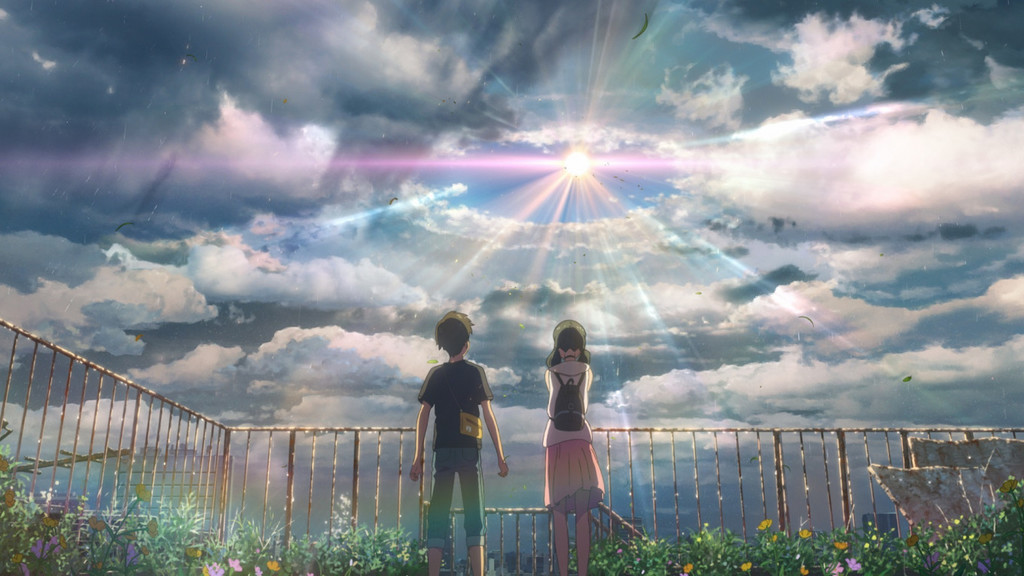 Boy and girl in teen age are to know and fall in love, but his love is impossible for supernatural reasons. With this argument, just one line have been created thousands of immortal works and films unforgettable with which we are all excited at one time or another.

One of them is ‘Your name‘, the work of Makoto Shinkai that stirred hearts and empty tear for three years already. We were many to wait the arrival of the next director, which has been made to beg. Luckily, in the Zinemaldi san sebastian has already been able to see ‘The time with you’, which is trying to repeat the success of their film last… without too much fortune.

Not fans of Shinkai them caught unawares: in his filmography, from the compendium of medium-length films interconnected ‘5 centimeters per second’ to the friendly ‘The garden of words‘, the director repeats a large part of his obsessions, and is notable for trying to give a realism to his movies, even the ones that have a cut that is fantastic, standing at the antipodes of Hayao Miyazaki.

Makoto Shinkai: the suggestive and hyper worlds of one of the great authors of anime today

In ‘time with you’, projected in the section “Pearls” of San Sebastián 2019, continues his obsession with the detail in visual and need to grow, but, in this case, the repetition of topics does not that are perfected, but the machine begins to sound rusty.

The girl who could stop the rain

‘The time with you’ is a translation very intelligent ‘Tenki no ko”, in which we continue to Hodaka Morishima, a teenager without a job or benefit that arrives at a Tokyo always rainy to try to gain the life by his account. There he meets a teenage girl, Hina Amano, able to stop the rain and let the sun pass between the clouds for a limited time, and decide to do business with it. Of course, by the way, fall in love. Bad thing.

The biggest problem of ‘time with you’ has to do with the point of view from which the story is told. The film has a character tremendously interesting, Hina, whose rants, doubts, sacrifices, decisions and problems are the real motor of the story, so that it is incomprehensible that it is Hodaka the carry weight the same, especially considering how little that comes to matter what happens.

Hodaka is not particularly well developed, and their presence ends up being irritating, putting the world at your disposal, and relegating the personality of the other side to her own: at one point, all exist by and for Hodaka to get their interest, something they might not even win at the tape.

of course, not all is frustration on the tape Shinkai: the animation is absolutely spectacular, as expected in a film of the director. The scenes in which Hina uses her powers to stop the rain are absolute prettiness audiovisual, and those more focused on the day-to-day keep the perfectionism natural and the search for realism that has marked his career up to now.

In this sense, there is no fear: if in ‘Your name’ the animation was already one of the great strengths of the film, here it grows and becomes the main reason for the enjoyment, reaching a level of absolute mastery.

‘weather with you’ is nice, but could have given more

‘The time with you’ has a lot to offer, especially in its wide range of secondary characters are fun and unique, which just gives them here, despite their undeniable interest. Instead of boosting the appeal of its secondary characters, the film prefers to focus on another frame by which the actions of some of them in their (impossible) resolution aren’t even consistent. 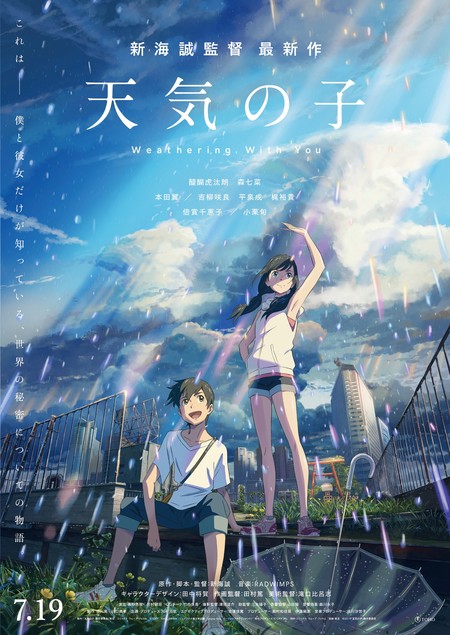 In fact, is the final impression it leaves on the viewer is that the movie is nothing but a short, elongated in which a good idea is seen to be hampered by the accumulation of minutes, and characters that don’t add anything to what you want to tell.

A missed opportunity. It is not that ‘time with you’ is bad at all, but fails to excite in the way that is proposed or, trying to play in the same league, can be compared with ‘Your name’. The lead character lacks interest, the plot is lengthened more than necessary, and, at times, so only stands out for its superb animation, able to hypnotize until at least a believer in the world of anime. Hopefully we connect in the next Makoto Shinkai.

San Sebastian 2019: 'decision' is a tender celebration of life supported by a great cast

–
The news San Sebastian 2019: ‘time with you’. Makoto Shinkai tries to repeat ‘Your Name’ without too much fortune was originally published in Espinof by Randy Meeks .