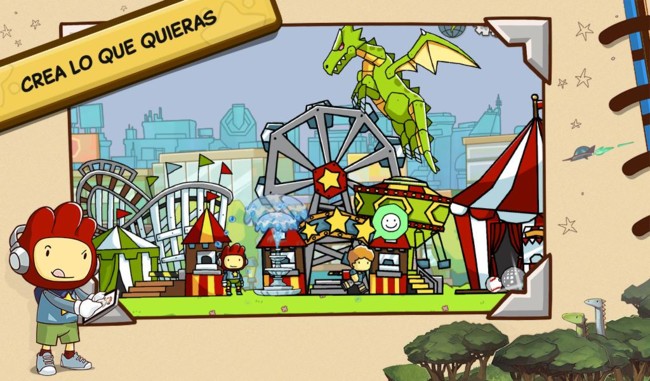 Scribblenauts was one of the first games that debuted on Nintendo Wii U. A continuation of the franchise made by Warner where we could create all kinds of objects to overcome different puzzles and challenges . Given that technically is not a very powerful game, its creators have decided to take the Android development and turn it into a mobile game.

Scribblenauts Unlimited is a port of the version which once came to the Nintendo console. It has over three years but Warner has added new content to not look so old. The truth is that has aged well and if we like your approach have many hours of play ahead

For those who do not know, Scribblenauts puts us in the role of a character who has the ability to create any object with just write your name on a book. The game has some limitations but we can create so many different things and characters that adding all we have is a very complete catalog

The game consists of several levels where we will face different challenges and tasks. Kill enemies, cause fire, rescue some animals … To achieve we have to create different objects and combine them (we can interact with them) to help us with our goal.

We can make the stages are very abusive invoking simple objects or trying to complicate our lives with different combinations. In fact, the most fun of the game is to open the book and write all kinds of names to see what works and what does not. It is a game aimed at all public so do not expect a great challenge. 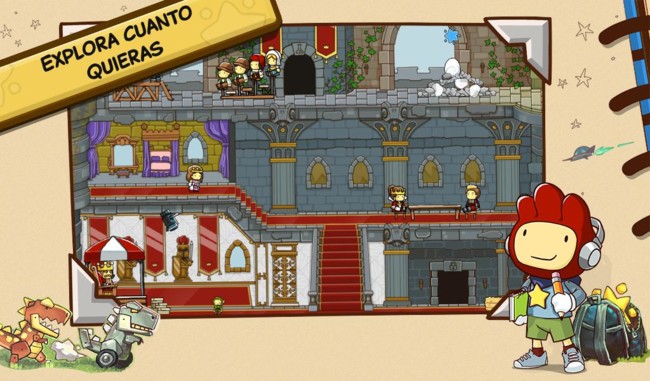 The game has a lot of content and 5.53 euros can roll back to first but has enough content to justify the purchase. In fact, the same version for Wii U and 3DS in physical form it is more expensive today. If you remember, Warner already had a game for Android but Scribblenauts that version was shorter than today debuts in Google Play.

–
News Scribblenauts Unlimited Wii U jump to Android to bring the power of imagination was originally published in Engadget Android by Juan Carlos Gonzalez .