The new video game from FromSoftware and Activision has been a success, and has captivated critics and audiences alike.

Activision and FromSoftware have confirmed, via an official press release, that its video game Sekiro: Shadows Die Twice has sold over two million copies worldwide in less than 10 days since its launch. This is a great commercial success for a game that has been the most sold in Spain during the month of march and is located at the top of multiple sales charts.

A success that in addition has captivated audiences on Twitch

“Sekiro: Shadows Die Twice has contributed something very special and unique to the portfolio of games Activision. it Has been an honor working with FromSoftware to help introduce a new series to players from all over the world,” explained Michelle Fonseca, vice president of product management and marketing at Activision.

“The fans have made of Sekiro: Shadows Die Twice one of the releases of games most incredible, 2019, up to the moment. The game has done very well on all platforms, including the PC, and are excited about the continued support from players and critics alike. It has been very exciting to see how the players have faced and overcome every challenge in the title,” explained Fonseca.

In fact, the video game has also been one of the most broadcast and viewed by users around the world. On the day of release, Sekiro: Shadows Die Twice was the game most watched on Twitch, and during the first weekend, racked up more than 631 million minutes in broadcasts and streams. In less than a week, surpassed the 1000 million minutes, and became one of the topics of conversation most recurrent in social networks and specialized forums. Without going more far, has been able to generate memes and other stories for several consecutive days. 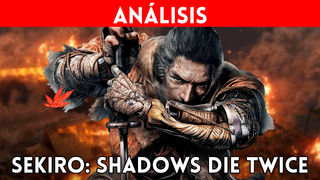 we remind you that the defiant Sekiro: Shadows Die Twice is available on PC and consoles. You can read our analysis in the following link.