Sharp, despite being a firm with little presence in Europe, it is one of the most progressive companies in mobile telephony. Were the first to try to reduce the bezels, both on the sides as on the top and bottom portions and carried by betting on the panels of more than 60Hz for a long time.

Today, we have known the more ambitious of the company, the Sharp AQUOS zero2, an alternative with panel 120Hz hardware and top of range, that proves that the company continues to be active in the premium segment.

One panel, well harnessed and a hardware-height 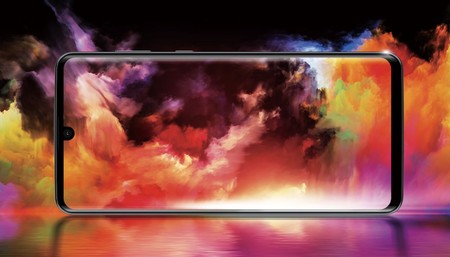 Sharp has incorporated in its AQUOS zero2 a panel with a notch of gout, AMOLED technology and a resolution of 1080p. The main advantage of it is that works with a refresh rate of 120Hz, so that the user experience in those applications that are optimized to work with this rate it will be quite a bit more fluid compared to traditional 60 Hz. In the same way, they promise that the digitizer operates at 240Hz, to reduce the latency of the panel.

The Sharp AQUOS zero2 is somewhat thick, but has a front well taken advantage of that allows you to not be up to 16cm high

despite the pane of 6.4 inches, the exercise of compaction is quite good, since the terminal is not reach 16cm. The thickness itself is looks somewhat harmed, with 8.8 mm, somewhat higher than would be expected in a terminal with a battery 3.130 mAh.

So you are drawing on the post-notch: a “hole” and other innovations present and future in the front of the mobile 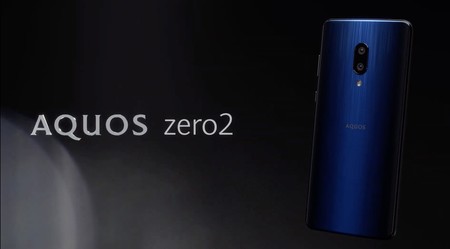 In terms of power we will have no problem, since the Snapdragon 855 is in charge of giving life to the terminal, and to this platform in addition to 8 GB of RAM and the 256 GB (UFS 3.0) internal memory in its base configuration, almost anything.

the rest of the group will accompany a primary camera 12.2 megapixel camera with aperture f/1.7 and an angle of 26mm. Next to this, comes a sensor-wide-angle, in this case 20.1 megapixels, aperture f/2.4 and an angle total of 18mm. is Both cameras have optical image stabilizer, something that will help minimize shake when shooting.

Sharp has not yet announced the availability of the AQUOS zero2, although seeing the historical of the brand, what’s more likely is that you do not end up coming to our country. As to the versions, for the moment, will arrive at a single alternative 8 + 256 GB, with no options either above or below with respect to this.

A new Sharp Aquos without bezels can be seen in renderings

Sharp S3: so is the new Android One with screen IGZO 5-inch, and water-resistance

The last Android One is Sharp, water-resistant and promises an autonomy of up to 4 days