Sitges 2018: the brutality of ‘The Night Comes for Us,’ the seal of the author of ‘Piercing’, and the talent of ‘The Head’ 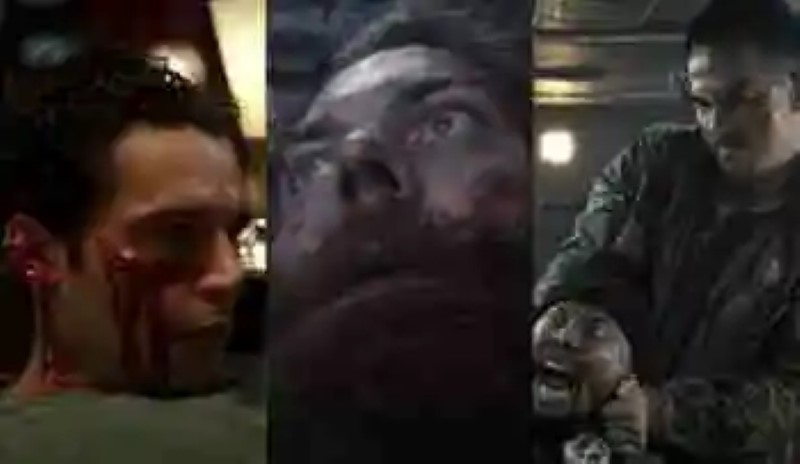 Follow the Festival of Sitges 2018 deglutiendo fantastic film as if there was no tomorrow —and dodging the waves of fans up here who have received Nicolas Cage— and, for the moment, I have not posted a single disappointment in my list of viewings. Is more, today I can only rejoice to have discovered films so appreciated as I’m going to reveal next and that include tapes of action of the most wild, thrillers psychosexual author and a major surprise of a paltry budget.

‘The Night Comes for Us’

Few days ago we a disgust when we met the producer british Gareth Evans had no intention to shelve his saga ‘The Raid’ with a third installment that would give closure to the adventures of Rama, the hero played by Iko Uways. But not to worry, because ‘The Night Comes for Us’ comes to make us forget the dismal news with a new cathedral of the action movie and martial arts.

Being clear and concise, ‘The Night Comes for Us’ is, probably, the tape of this court more wild, brute and spectacular that we have seen in a long —very long— season. Timo Tjahjanto, after writing ways with the hilarious ‘Headshot’ —that we enjoy in Sitges 2016— gives us a show unpayable cakes, knifing and shots made in Indonesia in which every object is a potential weapon, and each sequence ends with the shouts and applause to the public more accomplice.

That its plot is not the most solid, consistent, and original of the world, and its characters do not cease to be clichés with legs whose only purpose is to hand out cookies right and left, it matters very little after you see a guy partirle the mouth —literally— and forth strokes using a billiard ball as a tool.

The past 2016, that we were in Sitges we were able to enjoy one of those debut films that is hard to forget. The film in question, Nicolas Pesce, entitled ‘The Eyes of my Mother’, and offered a year of terror in the key poetics that we went to many straight to the heart for its rawness, its languor, and a beautiful visual treatment in white and black that could have only been conceived by an author with very clear ideas.

Two years later, the filmmaker’s new yorker returns to the holy house of the fantastic ‘Piercing’: an adaptation of the homonymous novel by Ryû Murakami, by way of thriller psychosexual loaded from a comedy blackish and, again, a unique style —and diethylamide—, provides a smart 80 minutes dedicated to the showcasing of its main couple composed by Mia Wasikowska and Christopher Abbott.

it Is a real pity that Pesce has not been explored to the last consequences the immense potential for surprise and impact of his second feature film and is limited to close the misery of their dysfunctional characters without risk at all. Despite all of this, ‘Piercing’ let us a couple of moments to frame that demonstrate the importance of having interpreters for first in the division.

One of the best things that you can do on the Festival of Sitges is “filling in the gaps”. Calculate what dead hours you are along for a day of competition and fill them with movies random you don’t know nothing and that, with a bit of luck, they will surprise you and calarte as deep as has been done by the awesome ‘The Head’.

The secret of this film signed by Jordan Downey —director of the great fan film of ‘Critters’ that walk going through the network— beyond in their benefits film, that pass by a atmosphere more than remarkable, and by a simple concept but widely blunt, with a viking warrior avenging the death of his daughter in a land full of monsters and nightmare creatures, lies in the ins and outs of your production.

Because behind the duels monstrous out-of-field, the use of chiaroscuro to make up the deficiencies with budget and a modest but exemplary use of the practical effects, hides a team of only three individuals, an actor, a script of forty pages, and tons of talent and passion. Ingredients that has cooked the best speech motivational that can be given to any person who aspire to shoot a movie at some point in their life.

Remember you can follow our coverage minute-by-minute Sitges 2018 in our direct.

–
The news Sitges 2018: the brutality of ‘The Night Comes for Us,’ the seal of the author of ‘Piercing’, and the talent of ‘The Head’ was originally published in Espinof by Victor Lopez G. .

phoneia.com (October 6, 2018). Sitges 2018: the brutality of ‘The Night Comes for Us,’ the seal of the author of ‘Piercing’, and the talent of ‘The Head’. Bogotá: E-Cultura Group. Recovered from https://phoneia.com/en/sitges-2018-the-brutality-of-the-night-comes-for-us-the-seal-of-the-author-of-piercing-and-the-talent-of-the-head/