Sitges 2018: the delusional ‘Au Posté!’, the remake of ‘A Better Tomorrow 2018’ and the amazing ‘American Animals’ 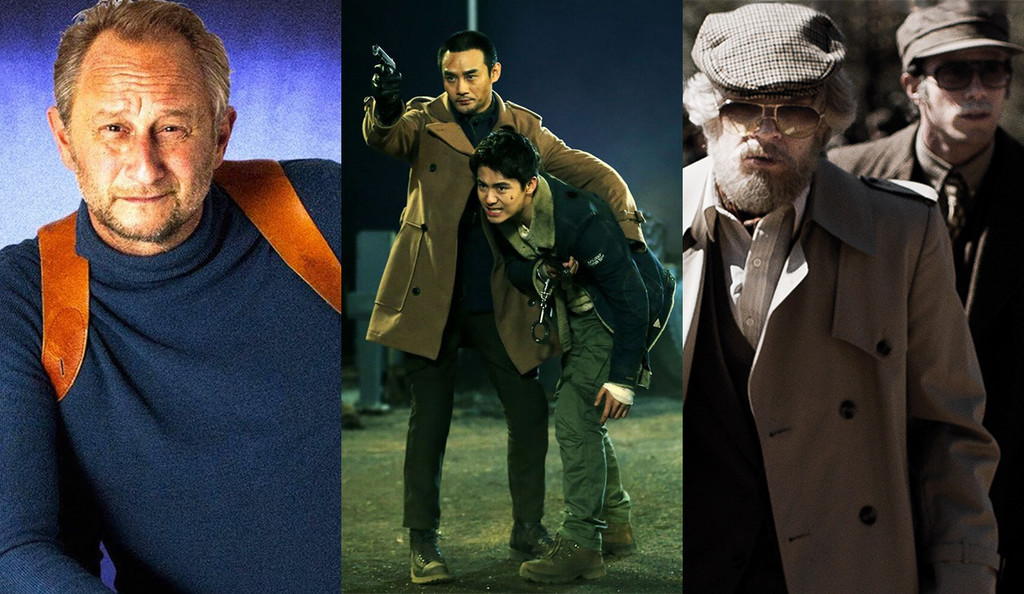 The 51 edition of the International Fantastic Film Festival of Catalonia —Sitges 2018 to friends— now sailing wind on the stern, and the cinema screens of the Catalan town will shine unabated for 10 days the film genre will be the star of the show, and during which the partner John Tones and server we will be comentándoos what have seemed to us the films that we can take it —for good, to regulate, and, even for evil.

In regards to me personally, so far, I don’t have any complaints with the tapes that I have been able to kick me in the mouth. And is that, in addition to a ‘Suspiria’ that has left me as confused as a marvel, I have been able to enjoy the last of the unique and inimitable Quentin Dupieux, remake chinese mythical ‘A Better Tomorrow’ directed by John Woo in 1986, and the startling new tape of Bart Leyton, director of ‘The imposter’.

Quentin Dupieux he made his debut eight years ago in Sitges with the hilarious ‘Rubber’ —the famous film of the wheel killer—. Since then, the author parisian has brought to the festival each and every one of his productions, coming out triumphant with each of them thanks to its insane sense of humor, to your good taste for the aesthetic and performing the legacy of your journey as a publicist and to your to portray on screen the sense —or the lack of it— of the absurd.

After exploding all his talent with that genius titled ‘Réalité’, Dupieux repeated formula, and, surprisingly, returns to succeed, returning a ‘Au Posté!’ that reduces the scale of his previous productions, but keeps intact their personal seals. the smaller, more intimate, but equally delusional, the new work of Quentin French pulls out gold from its smart dialogue and its structure fragmented and discontinuous to offer us in a little over an hour another comedy in disguise of a paradox that not all will enjoy.

When it was announced that he would be in Sitges a remake chinese —not hongkonés— of the eternal ‘A Better Tomorrow’ signed by John Woo in 1986, my curiosity prevented me from not add it in my list of priorities. Finally, after having enjoyed its endless two hours of raw footage, the conclusions drawn are as you’d expect: neither Ding Sheng possesses the talent of Woo, nor its characters are so magnetic as Ti Lung, Chow Yun-Fat and Leslie Cheung.

But, as comparisons are odious, it is worth to assess this ‘A Better Tomorrow 2018’ as a stand-alone product, and it is there where he reveals a tape with a good number of goodies, as their sense of the action, the estimable dynamic between his trio protagonist, and the construction of some characters that you just fucking love inevitably. Items that mask their tedious narrative full of ellipses, which happen without ceasing twists and dramatic fades to black, and that prevent to enjoy a worthy remake lost between melodramas family adrenaline.

One of the biggest surprises —that went sadly unnoticed— so far this decade, it was ‘The imposter’: the opera prima of a Bart Leyton which has fascinated many with its impressive play of masks, in which lying and deceit go beyond the narrative to be applied directly on the nature of the film, its convoluted shape and, above all, his background.

With his new feature film, ‘American Animals’, Leyton leads to the end of the technical and constitutional trickery that we captured in 2012, giving a punch on the table that resizes the boundaries between fiction and documentary which so many have tried to side of a thousand and one ways; all with a thriller that is hilarious and brilliant in multiple aspects, ranging from their game with the point of view, amazing concept on paper, its massive cast and a reading on the art and the nature of the artist that you can actually touch the fiber more sensitive to the topic.

Remember you can follow our coverage minute-by-minute Sitges 2018 in our direct.

–
The news Sitges 2018: the delusional ‘Au Posté!’, the remake of ‘A Better Tomorrow 2018’ and the amazing ‘American Animals’ was originally published in Espinof by Victor Lopez G. .