So is Breaker, a full implementation of podcasts that goes beyond the simple player 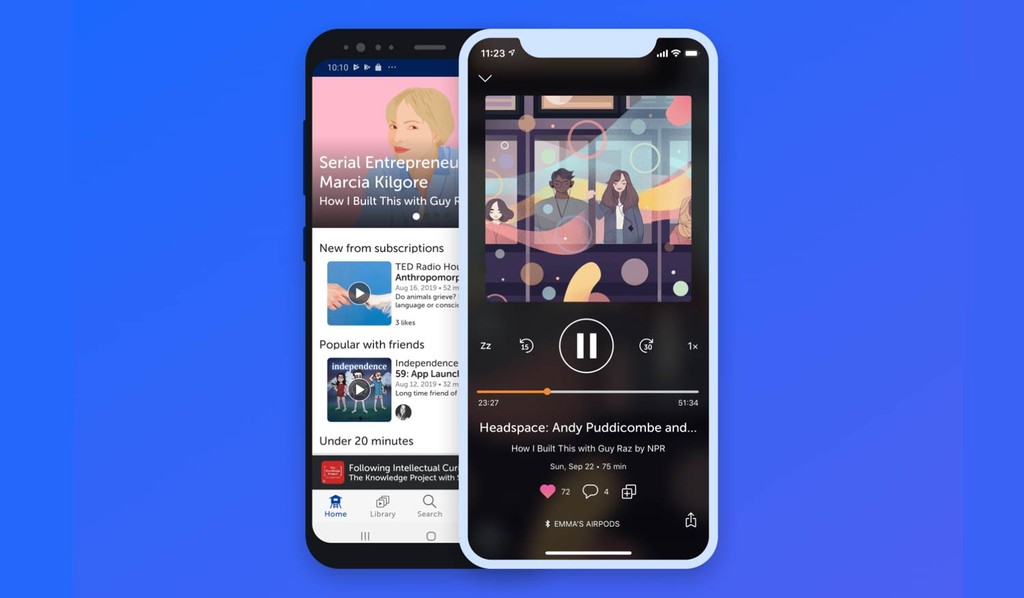 Are you one of those that tend to listen to podcasts on your phone? It is not surprising, since this type of content opens the door to knowledge and, above all, to entertain with any theme you pass by the head. In addition, there are more and more applications that support podcasts and, as it happens with Breaker new apps facilitate their listening and discovery.

Despite that let’s talk about Breaker as a new app, this app is already fairly well known in the iOS App Store. Has now landed in the Google Play Store with a promise: to become the application number one in terms of podcast social. No, don’t believe that Breaker is a social network for more that is as close to that behavior: as a player it works perfectly.

Breaker is a great player podcasts 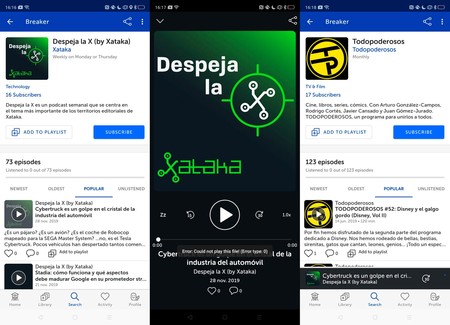 let’s Focus on what we want. What is the application as a player podcasts? What is certain is that it behaves like a charm, at least in all the episodes that we’ve tested. Yes, you must keep in mind that Breaker at the moment is in testing, with what it implies: it is an early access open to any that wish to download the application. As is logical, this can give you errors.

Pocket Casts, complete guide: how to make the most of the best apps for listening to podcasts

One of the disadvantages that we have found to the app is that there is still no featured content beyond the anglo-saxon. Yes you can find almost any podcast through a simple search, for example. And, in the case of use of apps, podcasts as Pocket Casts or CastBox, you can easily import your subscriptions to Breaker so as to listen to the podcasts from there. Not only that, you can also perform imports with the URL of the feed; and export them all together in a file OPML.

Breaker can become your media player of podcasts preferred: it is complete and very versatile

Play episodes downloaded, subscribe to podcasts so that Breaker will notify new episodes, is download it to the mobile to listen to them without Internet connection, fast playback up to 3x, and even options such as cut out the silences in the playback, Breaker is a great audio player, specializing in podcasts. But it does not stop there as his social side suggests that anyone can discover how listening to your friends. 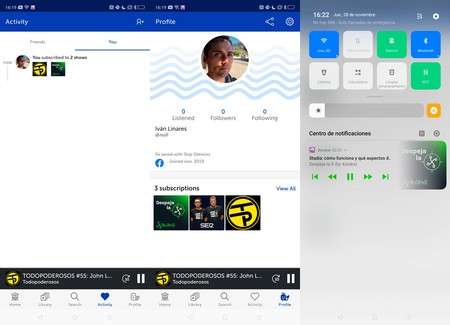 once you sign in to the application to reflect subscriptions and activity (you can make a private use, Breaker gives you the option in the settings). As you add friends you will know what is what they listen to; so you’ll have the option to easily discover new podcasts. In addition to adding them as favorites, comment on the episodes or to organize them in form of playlists: Breaker has great possibilities.

Now Breaker lack of advertising and purchases within the application. It is hoped that this will change with the stable version because iOS does have in-app purchases, but is clean. If you want to try it is your time. Subcast: a great app for discovering podcasts by unknown on many topics

–
The news So is Breaker, a full implementation of podcasts that goes beyond the simple player was originally published in Xataka Android by Ivan Linares .