So is Cable! First images of Josh Brolin as the cyborg bounty hunter in ‘Deadpool 2’ 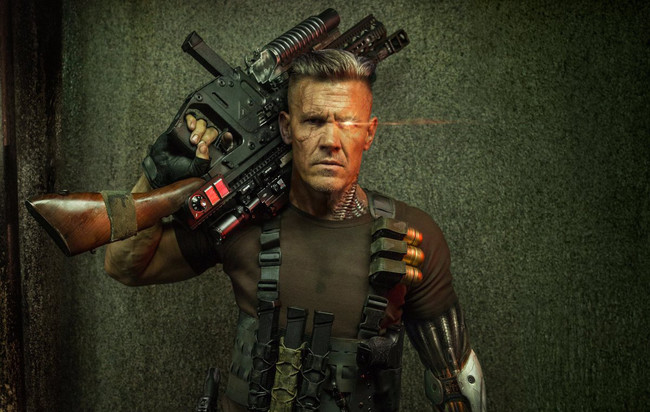 After presentar to Domino, today, we’ve finally known how it will look Josh Brolin as Cable in the sequel of ‘Deadpool‘. And it’s been the same Ryan Reynolds who has presented. Last week we saw the actress Zazie Beetz in the role of Domino ‘Deadpool 2‘.Today, again, the charismatic actor has done the honors of presenting, from your twitter account, the very Cable.

After a soap opera of comings and goings, names, and names spinning around on the paper, finally the mutant will be played by Josh Brolin in the long-awaited sequel to the mercenary’s mouth. And now we can see that the choice has been successful. First impressions leave a peculiar outfit full is not so similar to comics of Deadpool, but leaves us with unknowns as that teddy bear fleece hung.

“we All have an uncle, a grumpy and highly armed come in the future. #PremiumCABLE #JoshBrolin”

We all have that one, grumpy, heavily armed Uncle from the future. #PremiumCABLE #JoshBrolin pic.twitter.com/JV3yBIIPQH

For a few minutes after sharing a second photo with all the costume and weapons to the view, accompanied by a game of words tontico.

Nathan Summers, better known as Cable. join one of the anti-heroes dear to the realm of superheroes, the director David Leitch, and the prop department seem to have nailed the visual image of Cable and, despite not being a villain that is real, gives more fear than the Thanos Brolin in the MCU. We are likely to see on the screen the June 1, 2018.

The epic trailer and the súperposter 'Avengers: The war of the infinite' that Marvel showed at Comic-con

So is Zazie Beetz as Domino, one of the great novelties of 'Deadpool 2'

–
The news So is Cable! First images of Josh Brolin as the cyborg bounty hunter in ‘Deadpool 2’ was originally published in Espinof by Jorge Loser .