So is ‘Sabrina’, the first comic of the story nominated for the prestigious Man Booker prize 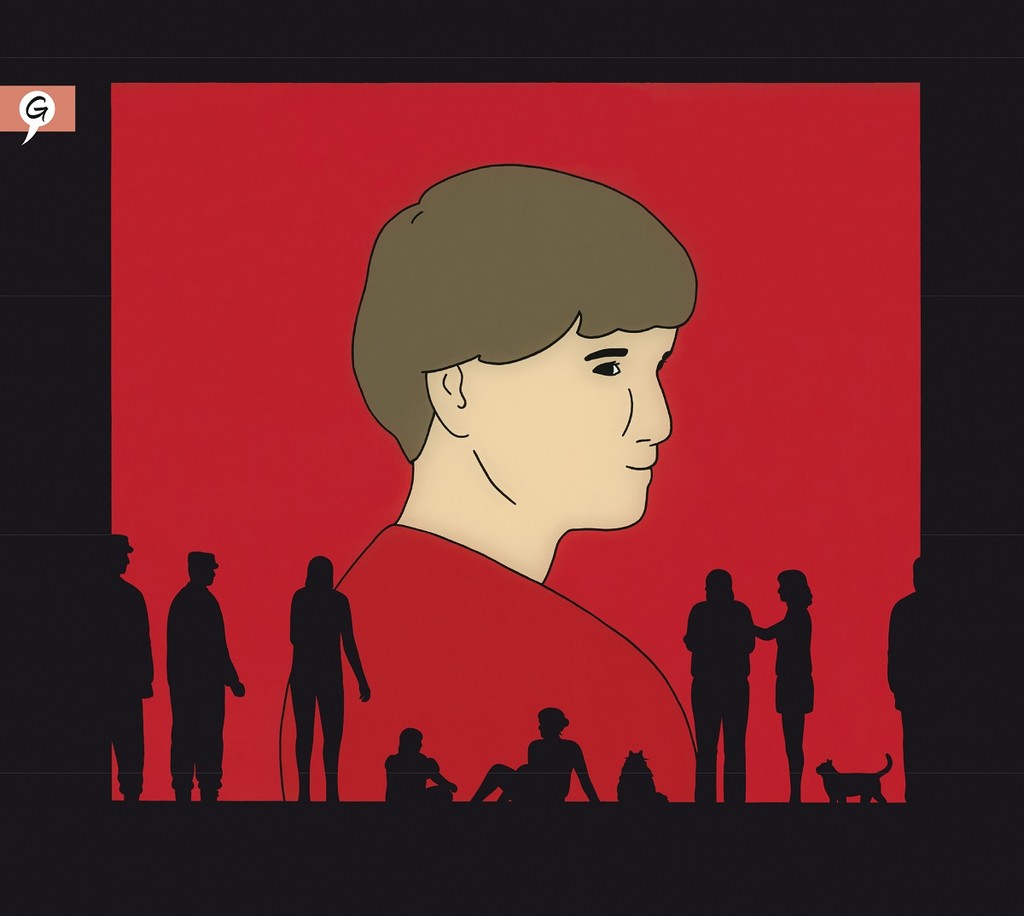 When he reached the bookstores, the Spanish edition of ‘Sabrina‘, Nick Drnaso, was already a big expectation about the content that was hiding its cover. Why? The second work of the american author is the first comic strip to have been nominated for the prestigious literary award Man Booker.

But, what is it that makes ‘Sabrina’ a work of such caliber?

‘Sabrina’ starts playing at being a thriller with a minimalist, settling in the skills of its author to generate an environment sterilized, drawing in thin lines and pastel colors, to give way to something much more complex, that looks out to the collective subconscious of a society permanently subject to the information and stimuli, and shows its knee-jerk reactions.

Nick Dnraso he has composed in his second graphic novel, a compendium of some of the main themes of the times, distilled from his style aseptic, its pages full of flat colors and their rhythm methodical and relentless, and put in the first person in the skin of the characters uninspiring, confused and frustrated. It is there where lies the great merit of the work: in get to verbalize that feeling of chaos and confusion the modern, to give a voice to the average human of mediocre and to show the face less optimistic of the progress, all this with a formal proposal of its own and marked. 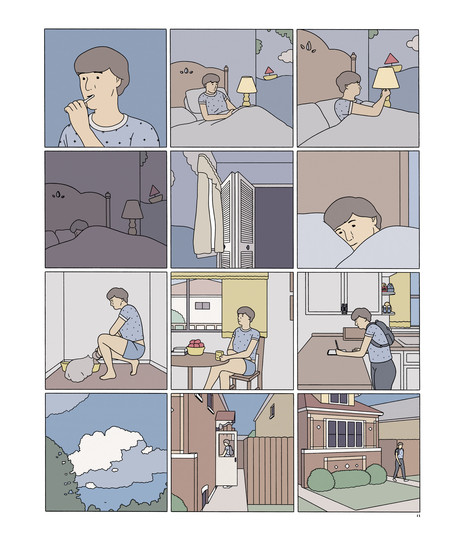 Dnraso is 29 years old and lives in Chicago with his wife and their three cats. is the cartoonist admits to having a morbid curiosity for the darkest corners of the internet that in some way has reflected in his last work, although, he clarifies, there is nothing autobiographical in it.

‘Sabrina’ tells a story smothering starring characters that don’t fall well, and don’t want your compassion in the face of their misery. Imperfect beings that manage their emotions in a way unfortunate, and full of importance. With them, Drnaso embarks on a journey through the development and consequences of the spread of some terrible images. A material that no one wants to see but everyone just watching. Atrocities to a just a click of any, waiting to be viewed, consumed and opinadas.

In the America of the endless slums tasteless and ugly, of the single-family homes empty, the author hides characters unarmed before the tragedy, but also before decisions. People buried by a mountain of existential angst, by the background noise of a monotony terrible mechanical works, junk food, and leisure rácano. A breeding ground conducive to the spread of fake news and conspiranoias, of lynching in social media and mobs of anonymous.

And all of this occurs page after page after page of vignettes executed with surgical precision, in which Drnaso not allow for even a single concession to your ego of the author. From a premeditated distance, the artist is limited to put the focus on a time, a place and a people, assuming a neutrality that emphasizes the accurate story of today and providing a unique dimension to the work. 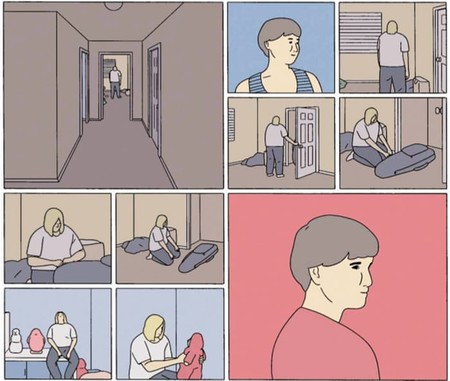 ‘Sabrina’, Nick Drnaso, has been greeted as the most recent great american novel. Although, of course, is not a novel, boasts a trail of awards, recognitions and accolades ranging from the blessing of authors such as Zadie Smith the prize revelation in the Salon of Comics of Angoulême or be highlighted as one of the most notable works of 2018 by the New York Times to be nominated for the award Man Booker.

The Man Booker is a prize that is awarded annually to the best fiction novel published in the United Kingdom. Your ability to influence is great, and receiving it tends to substantially increase sales and status of the work and award-winning author. The Booker is being delivered since 1969 and has concentrated on authors such as Kazuo Ishiguro, Kingsley Amis, John Bambille, Margaret Atwood, Ian McEwan or Arundhati Roy:.

Despite the fact that it was finally Ann Burns with his novel ‘Milkman’ who is made with the Booker 2018, the milestone of Nick Drnaso to enter among the finalists has very few precedents. No comic had made in the 49 year history of the award. To find a phenomenon similar to that, must go back thirty years. In 1991, ‘The dream of a summer night’, the story of Neil Gaiman and Charles vess’s to the 19th issue of ‘the Sandman’ would be done with the World Fantasy Award for best short story. The organizers of the prize would change the bases for this were not further repeated. In 1992, Art Spiegelman would achieve with their ‘Maus’ the first and only Pulitzer prize awarded to a comic. Thirty years later, ‘Sabrina’ set a new mark.

Here you have Conviction, and brutal prequel in the real picture of Anthem directed by Neill Blomkamp

So are tvs Samsung QLED 2019: technology 'full-array' and artificial intelligence for all sizes

–
The news this is ‘Sabrina’, the first comic of the story nominated for the prestigious Man Booker prize was originally published in Xataka .