So the virtual reality brings us into ‘The Ministry of Time’ 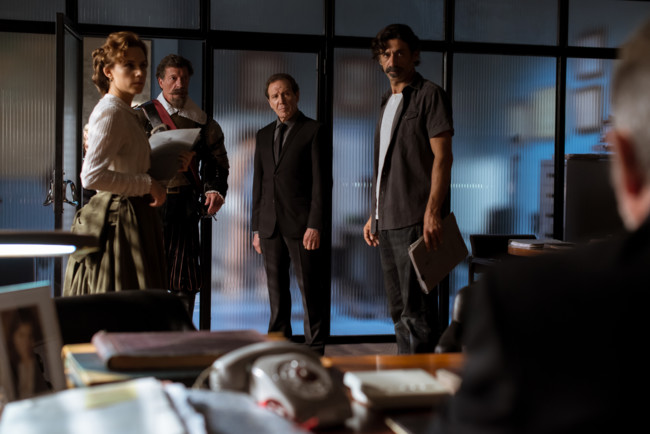 from today, fans’ El Time Ministry ‘that have high-end mobile phones can enter the cloister, in the office of Salavdor and hallways that overlook the doors of time thanks to ‘ Time on your hands’ a special episode of virtual reality , about ten minutes long, which makes us agents of the Ministry candidates. It is the first series in the world that has a chapter in VR and 3D.

It is available for iOS, Android and Samsung Gear , and to see it, you have to download it in the form of the Ministry VR application stores such systems. The chapter is designed to be an immersive, interactive experience environments Ministry , making the viewer has to come from new to the place and passes a test to become an official time.

This was done on virtual Ministry

the idea came initially the company Future Lighthouse , who proposed New media department of RTVE do some virtual reality experience. In filing Chapter, those responsible for that department, with Fran Llorente at the head, have pointed out that, once, thought of ‘The Ministry of Time’ as the program best suited to an experience of that kind so active that is their fan community.

in addition, Javier Olivares has also stressed that’ Weather in your hands’, like the rest of transmedia activities of the series, “at no time are parallel, everything goes through the creative drive with the series and it all adds up. There is continuous feedback with transmedia”. The episode in VR respects the spirit and tone of ‘The Ministry of Time’ and provides an extra fans.

In the chapter involved Juan Gea, Francesca Piñón, Jaime Blanch and some other surprise appearance, and although only took two days to record sequences with actors, postproduction was more complex and four months is reached. Roberto Romero, co-founder of Future Lighthouse, explained that the VR technology advances much but, in some ways, is still craft because “the software did not exist until recently, you have to improvise.”

‘ time on your hands, ‘choose your adventure 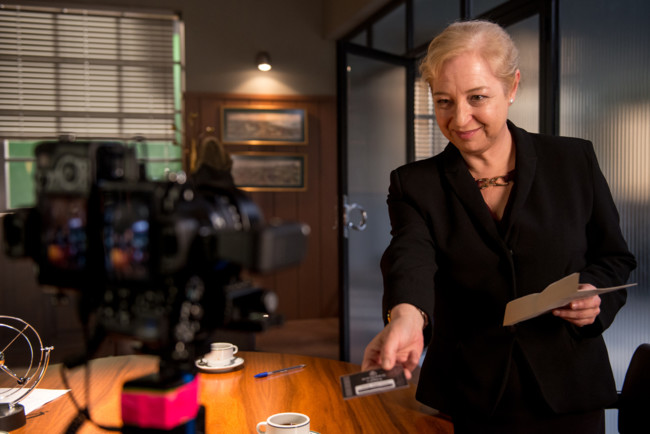 The premise of this episode of virtual reality is simple. T u are a candidate to join the Ministry as a field agent, and you must pass a preliminary examination. That’s how you meet first with Ernesto, which leads you to the office of Salvador. And so it’s like you’re in the door of the Ministry, in the cloister or the stairs to the gates of time.

The chapter offers some interactivity to the user interactivity that in el how video was made, the writer Anaïs Schaaf compared to the books ‘ Choose Your Own Adventure ‘. In fact, you can see the video several times to unlock some easter eggs and to answer other different questions.

The 3D offers immersive feeling that invites let’s look around us to see all the details. Only ten minutes, you can make some short , but Pablo Lara, transmedia in Ounce Entertainment producer, notes that “the team wants to make virtual reality” and that this experience has been possible because ” last year the base of what today is’ the Ministry of Time ” was created. Maybe we will see more if TVE renewed the series for a third season?

Google Play and App Store , the ‘Ministry VR’ application will be available tonight at 22.

Tele Go! | El tribute to ‘The Ministry of Time’ and Cervantes ‘Doctor Who’ and Van Gogh

changes in the bedroom … for less than 150 euros!

–
The news This leads us into the virtual reality ‘The Ministry of Time’ was originally published in Tele Go by Such Marina.

Free Download WordPress Themes
Download Premium WordPress Themes Free
Download Nulled WordPress Themes
Free Download WordPress Themes
download udemy paid course for free
download lava firmware
Download Premium WordPress Themes Free
free download udemy paid course
So the virtual reality brings us into ‘The Ministry of Time’
‘Perfect World’, the well-known free MMORPG based on chinese mythology, comes to Android
In recent times we have seen how various games born originally in conso...
‘Fallout’ will be a series on Amazon: the creators of ‘Westworld’ prepare the television version of the saga of video games
The bombshell of the week. Amazon Studios has announced that prepares a...
We spoke to Harry Fisch, Spanish photographer contest winner finally disqualified National Geographic
A few weeks ago I could match Harry Fisch at the opening of my exhibit...
Bloodstained is updated in the Switch, and now it is ‘almost identical’ to other platforms
The game gets the patch 1.04 to fix some performance problems with this ve...

phoneia.com (April 4, 2016). So the virtual reality brings us into ‘The Ministry of Time’. Bogotá: E-Cultura Group. Recovered from https://phoneia.com/en/so-the-virtual-reality-brings-us-into-the-ministry-of-time/