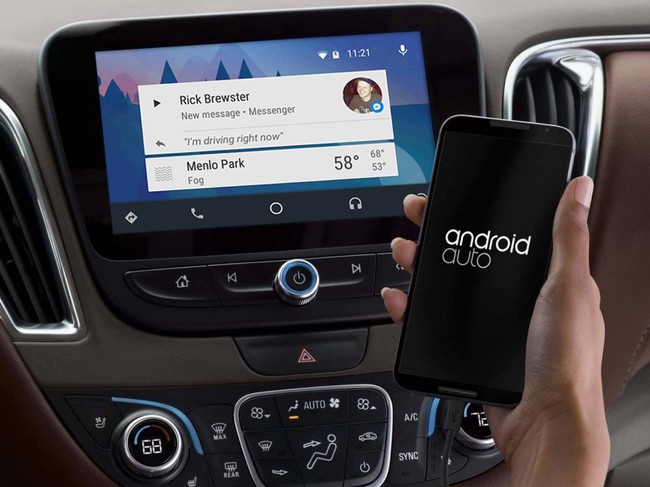 three years Ago, landed on the middle world the solution of Google to be able to safely use our Android device as we drive. the Android Auto began to reach the cars, and navigation equipment of third parties.

The way to synchronize our mobile with Android Auto is is USB cable, something that has begun to change from a few weeks ago. New team of JVC and Kenwood have the new version Android Auto Wireless, but the compatibility is very limited at the moment.

Google announced a few weeks ago the launch of Android Auto Wireless with the launch of models KW-V940BW and KW-M845BW JVC and models DMX905S and DMX995S Kenwood on sale in the united States. Users with these navigation equipment will not have to connect by cable to your mobile, plug them into the Wifi network of the car have already paired both devices.

Currently, the compatibility with the wireless connection of Android Auto is limited to Pixel, Pixel, XL, Pixel 2, Pixel 2 XL, Nexus 5 and Nexus 6S as long as they have Android 8.0 or higher and Android Auto 3.1 or higher. But this will change over the next few months.

In our previous press release, we indicated that the future smart phones will require Android 9.0 OS to be compatible with the multimedia equipment KENWOOD that feature Android Auto Wireless. Google has informed us that, in addition to Android 9.0, the company is working with several manufacturers of smart phones to provide wireless support to devices with the Android operating system 8.0. According to Google, this support will soon be available in some smart phones that are not Google.

it Is unknown if Google will add the wireless connectivity with the current cars and computers that come with Android Auto and Wifi connection. On this issue, Google still has not ruled. For the moment, only speak of the new Android Auto to reach the market.

–
The news Some mobile phones with Android Oreo will also be compatible with Android Auto Wireless was originally published in Xataka Android by Cosmos .