‘Sonic at the Olympic Games: Tokyo 2020’ is left to see in a trailer and opens for pre-registration 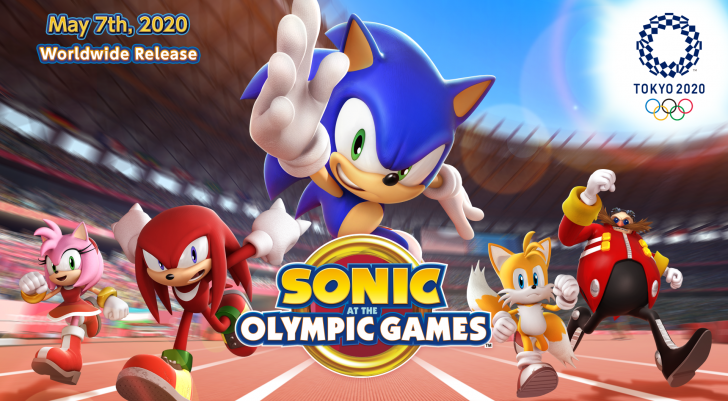 Sonic hardly needs presentations, even more so with the recent upheavals that have been due to the controversial design of the film. Apart from getting to the film, has starred in the video game world for several years, and ‘Sonic at the Olympic Games’ has been one of the most fun.

By surprise, SEGA has announced the arrival of the game to Android and other platforms, next to a trailer of more than three minutes, which shows the game modes, graphics and mode of operation, which reminds pretty much to what we already saw in the console.

Sonic and the Olympic Games coming to Android

Sonic at the Olympic Games: Tokyo 2020 is the full name that will have this release. In this case there is no trace of Nintendo and Mario, as there was in delivery console. We will be able to play in different olympic trials, (archery, javelin, karate, fencing, table tennis, 400-meter dash, jumping, etc) through a system of glides through the touch screen. In addition to the olympic trials, there will be a series of minigames inspired in the city of Tokyo.

The classification of the competitions will be online, so that we can compete with other players in the world for having the best marks in the different disciplines

One of the strong points of the game will be we will be able to play and climb our scores online, so that the results that we have in the test will enter to compete with the other players, thus promoting the game more and more competitive.

From SEGA indicate that the game will be free, but will be limited to certain initial events, to unlock the full game it will be necessary to pay for it, although we still don’t know the price. You can per-register from Google Play and be notified when it is ready to be downloaded, even if the promised date is the 7th of march. Sonic at the Olympic Games: Tokyo 2020

–
The news ‘Sonic at the Olympic Games: Tokyo 2020’ is left to see in a trailer and opens up their pre-registration was originally published in Xataka Android by Ricardo Aguilar .

‘Sonic at the Olympic Games: Tokyo 2020’ is left to see in a trailer and opens for pre-registration
Source: english
February 14, 2020