Sega Forever expands its selection of free games for mobile Android and iOS with a new title starring the mascot of his company. From today, you no longer have to pay to play Sonic The Hedgehog 4 Episode II. 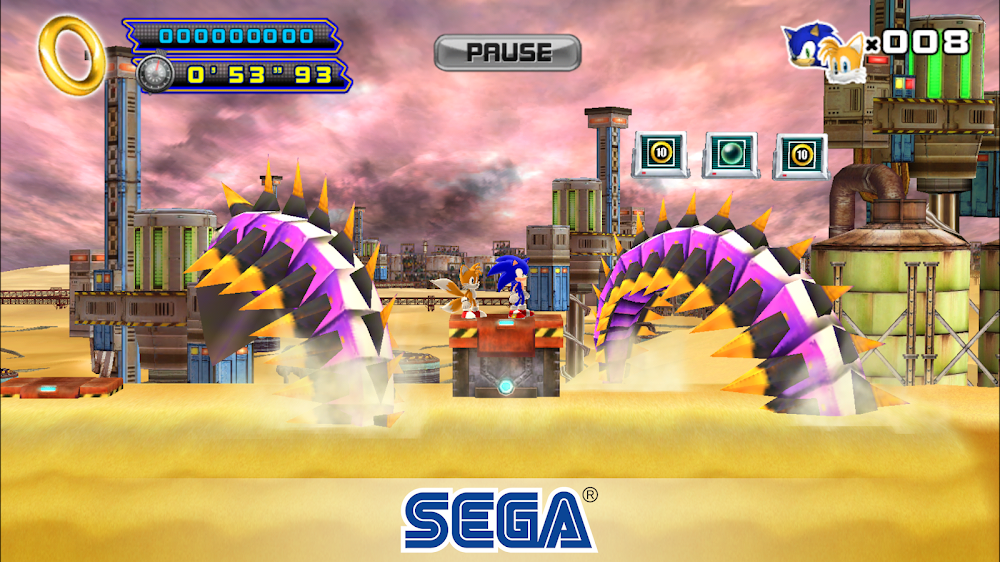 Sonic 4 is presented as the continuation of Sonic The Hedgehog 3 & Knuckles. His story takes place after the events of this classic game Mega Drive, but betting on a few graphics, completely different, focusing on the modeling in 3D of the characters, items and enemies.

In the Episode II we continue the adventure begun in Episode I, five new levels, seven bosses. Here we play with the help of Tails, with which you can make moves and special attacks.

As a novelty, in this new version of Sega Forever to find Metal Sonic unlocked now from the start. With Metal Sonic we will play to the areas of Sonic The Hedgehog 4: Episode I in some versions much more difficult.

The free version of Sonic The Hedgehog 4 Episode II will be full of advertising. If we want to play without ads you will have to pay the 2,29 € that calls for Sega Forever in each of their games to remove the advertisements.

In Xataka Android | Shin Megami Tensei Liberation Dx2, the new JRPG from Sega and Atlus challenges you to collect your demons on your Android

–
The news Sonic The Hedgehog 4 Episode II is the new free-to-play Sega Forever for mobile devices was originally published in Xataka Android by Cosmos .