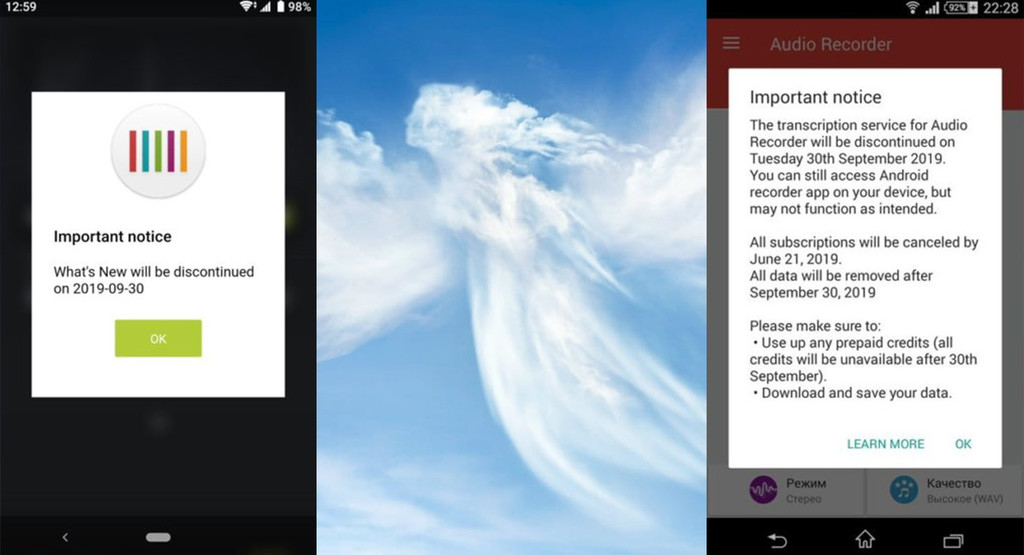 to Include your own applications on the layer of customization for Android sometimes it is a value-added and other times the users see it as bloatware and seeking how to uninstall. Create them and keep them requires a lot of resources and sometimes do not come out of the accounts. We don’t know if that is the case, but what we do know is that Sony is closed two of the applications that preinstalaba on your mobile: Audio Recorder, and What’s New.

Both expire on the same day, the September 30, 2019, or in exactly 74 days. This closure comes after the company leave is also TrackId, where is my Xperia, Xperia Weather and Xperia Home. The apps will be able to continue using it after the date, but “may not work properly”.

The messages announcing the closure of two applications not covered in detail and did not cite any reason for the same. is The What’s New is particularly stark, stating that “What’s New close the 30/09/2019”. However, What’s New is (was?) a selection of apps recommended by Sony and many of the mentions of your name on the Internet are asking how to disable it. It does not seem, therefore, that it was very popular.

How to convert your mobile Android into a walkie talkie

More popular Audio Recorder, with more than 10 million downloads on Google Play, and an average score of 4.2. In fact, it is one of the applications that we recommended for voice recording in Android. Not for long, so, gone will be the 30 of September 2019. 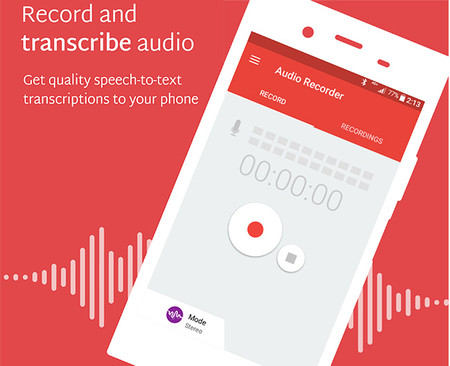 Audio Recorder is the most popular of the two

The transcription functions of text and subscriptions will end on the same day, and you can use the credits you have purchased in the application until that day, but after the application will be abandoned to their fate. Probably continue to function as a voice recorder, although you will not receive further updates and is, therefore, a matter of time that you encounter an incompatibility or bug that prevents its use. In addition, it will be removed from Google Play, so you’re not you’ll be able to re-install after the date you (unless you use your APK).

Audio Recorder has been updated in Google Play, precisely to facilitate the period of transition until its final closing. There are still quite a few months, but already you can download and put to good collection the data that you had in the app and don’t want to lose.

Sony Xperia 1: a new name, camera, triple screen and 21:9 for the new flagship of the japanese

–
The news Sony abandons two other apps: Audio Recorder and What’s New will close in September was originally published in Xataka Android by Ivan Ramirez .