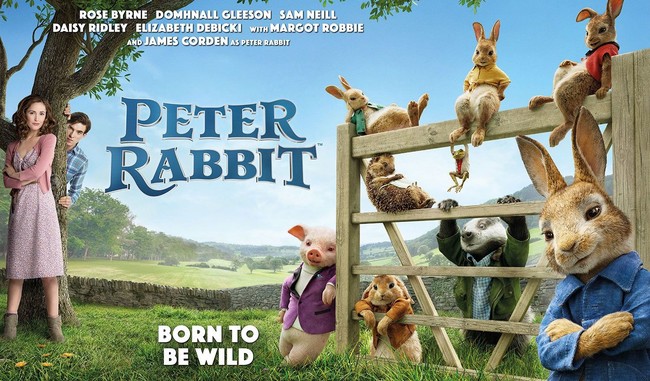 Hollywood turns to bow to political correctness, although for now we have not had to alter the film. the Sony has apologized to a controversy caused by a scene from the comedy ‘Peter Rabbit’, a movie adaptation of the saga created by Beatrix Potter. A product as seemingly innocent and family has caused outrage for its “insensitive portrayal of the allergies”.

So it is. Now the filmmakers must be careful to reflect the allergies on the big screen. The controversy arises because at a certain point in the film, rabbits animated throw blueberries Mr McGregor, played by Domhnall Gleeson, knowing that it is allergic to this fruit. The scene was intended to be a fun, humorous, as throughout the film, but has led to negative reactions and even a boycott on social networks.

Sony Pictures publicó a press release, which have also signed the responsible creative of ‘Peter Rabbit’, where they state: “We are sincerely sorry for not being more aware and sensitive to this issue and truly apologize“. Say that “food allergies are a serious matter“ and should not be taken lightly that one of the characters is allergic to blueberries, “or even a way cartoonish or slapstick“.

everyone was so concerned about diversity, eroticism and religion that no one in the industry had stopped to think about allergies. The charitable organization, Kids With Food Allergies (“Children with food allergies”) issued a warning about the controversial scene in his page of Facebook, encouraging boycott with the hashtag #boycottpeterrabbit in social networks.

This group said that jokes about allergies are detrimental to your community and that to downplay the importance of this condition, “encourages the public not to take seriously the risk of allergic reactions“. What do you think, do lack these warnings? Are they not taking the public for a fool? We all know that they are just movies, isn’t it?

Trailer for 'Peter Rabbit': the saga child of Beatrix Potter comes to life

–
The news Sony apologizes for ‘Peter Rabbit’ and its “insensitive portrayal of the” allergy was originally published in Espinof by Juan Luis Caviaro .

Sony apologizes for ‘Peter Rabbit’ and its “insensitive portrayal of the allergies”
Source: english
February 13, 2018