Sony confirms smartphones that have Android 7.0 Nougat: no sign of the midrange

Sony confirms smartphones that have Android 7.0 Nougat: no sign of the midrange
The rumors do not were wrong and Monday August 22, Google released the update to Android 7.0 href="https://www.x... The rumors do not were wrong and Monday August 22, Google released the update to Android 7.0 href=”https://www.xatakandroid.com/sistema-operativo/novedades-android-7-0-nougat”> for the Nexus range. However, most Android users are not so lucky with this updates and it will normally wait months-that is extended when the manufacturer decides not turn stop supporting something that happens more often than we would like.

► God of War introduces us to the draugr in video Kratos will face these undead in your new ad...
► What do you know of series? Guess frame (3×28) Are you ready for the first challenge ...
► The best apps you will not find in Google Play Google Play has become the main access t...

Sony has been one of the brands to offer a programa Android 7.0 beta on your smartphone star, so they could quite ahead this year and the new version offer before the competition, the problem is to devices that will come. The Japanese brand has already unveiled its roadmap for the update to Android 7.0, except for the Xperia XA and XA Ultra, have focused exclusively on high-end, leaving many users off

If you do not have a flagship store, no update 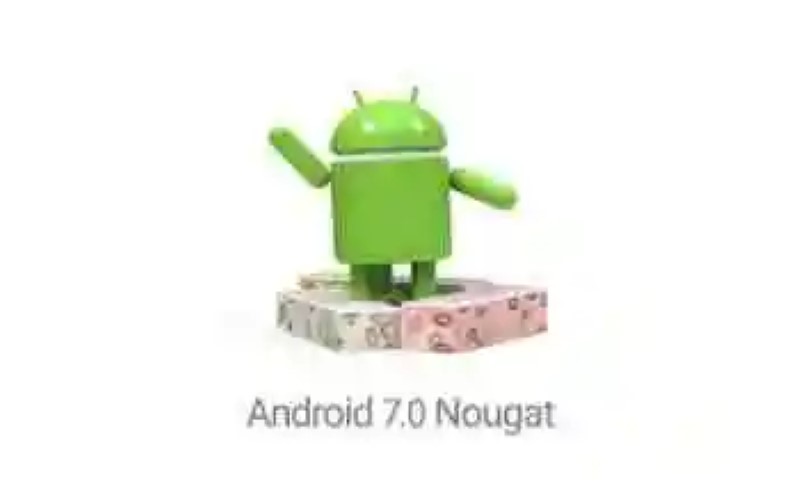 This is the message that seems to be transmitting Sony regarding Android 7.0 Nougat, is that The list of devices that have the new version is reduced only to high-end devices, and not all be so lucky. Here is the list of compatible models:

As we see, the older model of the list is the Sony Xperia Z3 +, the international version of the Z4 that did not marketed in Spain which incidentally also listed but striking that do include the Sony Xperia Z4 Tablet. how could it be otherwise, the Z5 series and new Xperia X receive the update, but the new version does not will penetrate beyond these ranges, unless Sony decides to include more models in the future, which we doubt enough.

When comparing the list of upgradeable terminals with the año past, note that Sony have put the scissors without a hair cut. It left out terminals as Xperia Xperia C5 or Ultra M5, which were announced just over a year ago now.

The truth is that the mobile division of Sony not going through their best moment and such decisions do not benefit them at all. Users want complete devices and Sony meets here, but if we are forced to resort to the ROM shift cooked in a year, there are other options on the market that also provide a good hardware with a more robust software support.

Users want complete devices and here Sony fulfilled but if we are forced to resort to the ROM cooked shift in one year, there are other options on the market that also provide a good hardware with a more robust software support.

However, one should not throw stones at Sony because, unfortunately, the updates is a widespread Android problem. the upgrade process is not easy, especially when there are visual layers through, and many manufacturers choose to stop supporting terminals that have just completed the year. So far it seems that the fragmentación It is and will remain a problem linked to Android do not know if someday deliver

Via. | Sony
Engadget Android | Nougat Android 7.0 is here, do you want to know all your news?

–
The news Sony confirms smartphones that have Android 7.0 Nougat: no trace of the average range was originally published in Engadget Android by Amparo Babiloni.

John Wayne Gacy, the killer clown
Friend, clown, malevolent being Gacy was a good guy, many consider...
Actor Josh Duhamel might participate in Call of Duty: WWII
Fans speculate that with his appearance in the game.The actor Josh Duhamel...
Google Play Music All Access now available in Spain: The Spotify to Google
has been long in coming but we can finally enjoy in Spain and most Eur...
‘Horizon final’ prepares its arrival to Amazon Prime in a series from the director of ‘Death Note’
One of the best horror movies space memorable, a cult classic of scienc...
Bibliography ►
Phoneia.com (August 24, 2016). Sony confirms smartphones that have Android 7.0 Nougat: no sign of the midrange. Recovered from https://phoneia.com/en/sony-confirms-smartphones-that-have-android-7-0-nougat-no-sign-of-the-midrange/

This article was published by Phoneia, originally published in English and titled "Sony confirms smartphones that have Android 7.0 Nougat: no sign of the midrange", along with 18986 other articles. It is an honor for me to have you visit me and read my other writings.
◄ Tutuapp: what it is and how Chinese Android app store fashioned works
Sorry, Olivares, you have the patent on time travel ►