‘Spider-Man: Far from home’: new trailer with spoilers for ‘Avengers: Endgame’ and Jake Gyllenhaal as a surprising Mysterio

With ‘Avengers: Endgame’ plague at the box office, Marvel only has a premiere that will point and final Phase 3: ‘Spider-Man: Far from home’. The return of Peter Parker after what happened in ‘Infinity War’ could be considered a spoiler of ‘Endgame’ but we had already seen a first advance the feature film number 23 of the MCU; today, we have a new trailer that connects with ‘Endgame’ and offers further clues of the history.

The crazy Spider-verse international: trepamuros most amazing, from Turkey to Japan

The July 5 hits theaters the second adventure of this version of the trepamuros, after ‘Spider-Man: Homecoming‘, and the fifth film for the young star, Tom Holland (introduced in ‘Civil War’, will we see in ‘Homecoming’, ‘Infinity War’ and ‘Endgame’). Undoubtedly, the great novelty in the cast of this sequel is to Jake Gyllenhaal, in the skin of Quentin Beck, alias Mysterio. 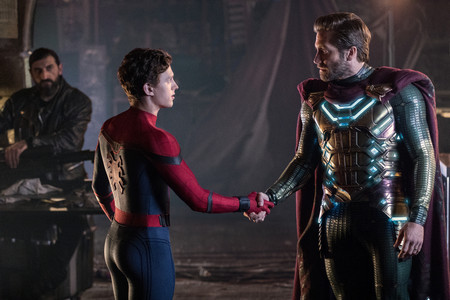 Peter Parker and his friends travel to Europe during the summer vacation. However, the young superhero will barely be able to rest: Peter will have to accept a special mission from Nick Fury to end with some strange giant creatures that are causing disasters all over the continent…

it Appears that you are saving a turn too obvious (such as that Peter is Spider-Man) for fans of the comics about the true role of Mysterio in all the new mess that ruins the vacation of the young hero, although it is interesting that you have opted for this approach with Gyllenhaal. The other names in the cast are Samuel L. Jackson, Zendaya, Jacob Batalon, Tony Revolori, Marisa Tomei and Jon Favreau, among others.

The staging gets to be the responsibility of Jon Watts, director of ‘Clown’ and ‘police Car’ before that Marvel employs to orchestrate the reboot of Spider-Man.

Marvel confirms that 'Avengers: Endgame' will not be the end of Phase 3

'X-Men: Phoenix Dark' launches its exciting trailer end: the story of the mutants of Fox reaches its climax

–
The news ‘Spider-Man: Far from home’: new trailer with spoilers for ‘Avengers: Endgame’ and Jake Gyllenhaal as a surprising Mysterio was originally published in Espinof by Juan Luis Caviaro .