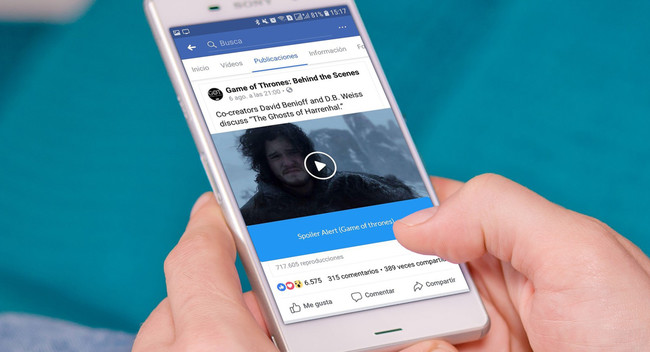 Each time something juicy happens in the series or movie fashion, there are those who can’t avoid to keep it for himself and jumps to rip the plot on social networks. If you’re sick of that this will pass, there’s an app for that: Spoilers Blocker.

Spoilers Blocker is a new app, without posting officially on Google Play, cover the spoilers on your favorite series with a solid box that hides text and images. It is compatible with any application and allows you to choose what keywords you want to enable or disable.

For work, Spoilers Blocker uses the accessibility services of Android. Yes, the same Google did not want to use for anything other than accessibility. This gives the app permission to see everything that happens on your mobile phone, although only espiará the applications in which they activate. 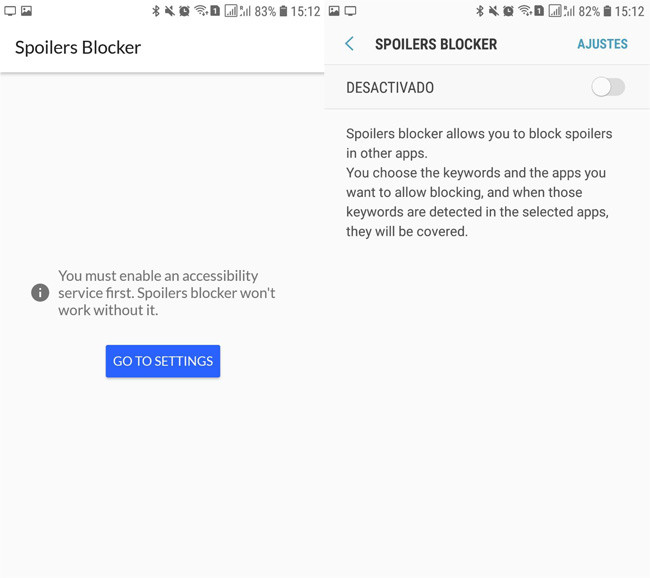 The concept itself is simple. Spoilers Blocker monitors the text of the applications in which the active and when it detects that you use some of the keywords that you have specified, overlaps a block that cover all the text. If you still want to see the text, you can remove the block with a long tap.

The application comes with two spoilers pre-configured ready-to-use: one for Game of thrones and the other for Westworld, although you can create your own. These settings are nothing more than a collection of key words related to the series or movie. For example, the names of the characters.

you must Also choose which apps to protect you from spoilers. Although, in principle, you can be tempted to mark them all, think twice. This means that the app will be monitoring non-stop, which affects the performance of your mobile. 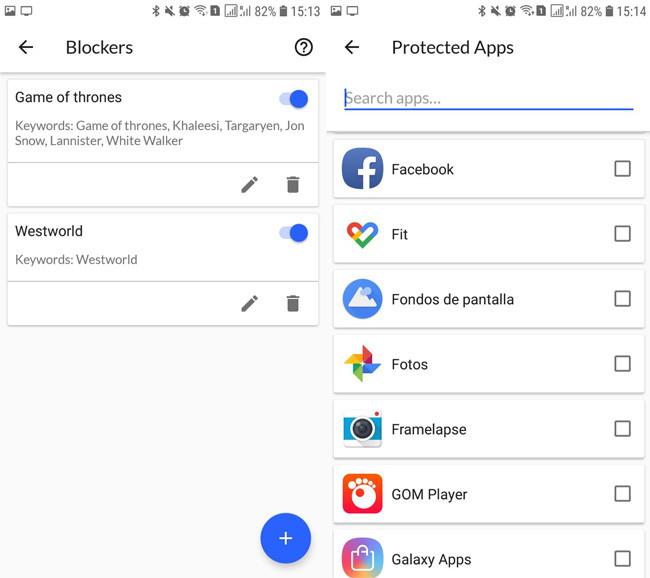 how does it Work?

We tested Spoilers Blocker and yes, it works. Taking into account that it is a version without publishing in Google Play, the look is very nice and the functionality is complete. Indeed, in the majority of cases, when there appears any word forbidden, the text will cover, with the warning. 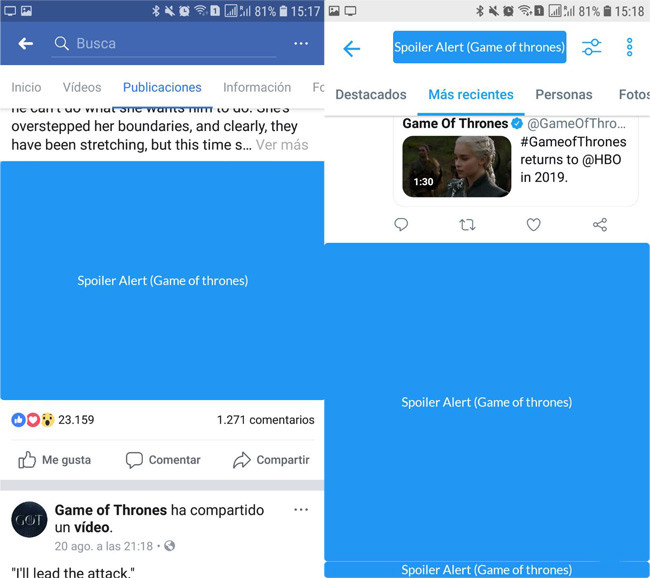 This can be something painful for the view, but also there are ways to be much more stylish to cover up spoilers. If the default blue doesn’t convince you, you can choose other colors in the settings of the app, but they will remain large blocks in the middle of the screen.

In what else you can improve Spoilers Blocker is performance. Read constantly the texts on the screen has its side effects and not to be your mobile go with plenty of power, you’ll notice that the mobile is going slower. And although it’s not the notes, it will be a extra use of battery that you will invoice in the long run.

we Hope that you will improve performance in the future, but for now our recommendation is that use it only when strictly necessary. That is to say, when it runs out of releasing a film that you have been waiting for years, or prior to the final episode of your favorite series.

Spoilers BlockerVaries depending on the device.

–
The news Spoilers-Blocker, an app to get rid of the spoilers on social networks, or apps messaging was originally published in Xataka Android by Ivan Ramirez .