Your servers will close next month.
Square Enix has announced that Nosgoth , your video game multiplayer role set in the world of Legacy of Kain , has been Cancelled . Your servers will close next month, ending a title that has not left its beta period.
The game entered open beta phase in January last year , which after c server ierre dated for the next day May 31 , will finish its route. Square Enix says the Nosgoth failed when reaching a old enough to “provide support to the title” audience.
“With all the pain in our hearts and with an overwhelming sense of sadness, we announce the end development Nosgoth “, has written the responsible community in the official forums Square Enix . “The servers will continue to operate normally until the day May 31, during which the game can be enjoyed as always.” in-app purchases made from March 1, will be refunded .
Finally, after regret not having found the public enough to sustain development and be viable economically, from Square Enix thank the community support that has remained faithful to the title free-to-play multiplayer role . “On behalf of the entire team of Nosgoth , we want to thank everyone for their support, feedback and dedication you have shown through the life of the title.”

Nosgoth , developed by those responsible for Rocket League , Psyonix , we proposed items by teams they faced humans against vampires in the universe dark fantasy of Legacy of Kain . It was an exclusively multiplayer game. Its closure marks the end of a title in the series, but not the end of it literally.
Square Enix has made clear that the closure of the title, not imply that you do not continue mulling future games based on Legacy of Kain . “ Any project based on Legacy of Kain will be considered independently of Nosgoth , only valuing their own merit and proposals independently “clarify
Video. 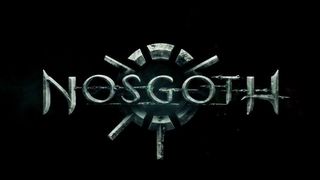