‘Star Wars: The rise of Skywalker’: trailer final promises to film more epic saga for the completion of the three trilogies gained

finally, after rumors and weeks of waiting, here we are exciting trailer end ‘Star Wars: The rise of Skywalker‘ (‘Star Wars: The Rise of Skywalker’), the next installment of the saga of Lucasfilm to Disney and that it has returned to direct J. J. Abrams. Remember that Episode IX will hit theaters with the December 20; there are still two months to the premiere and tickets are already on sale to coincide with the trailer.

An end to the nine episodes

The most striking thing about ‘Star Wars: The rise of Skywalker’ is that in addition to putting an end to the third trilogy, aims to be the culmination of the nine episodes that have told the story of the family Skywalker. Already warned us about a couple years ago, Abrams, who in addition to the mise en scene has written the script along with Chris Terrio (‘Argo‘, ‘Justice League‘). 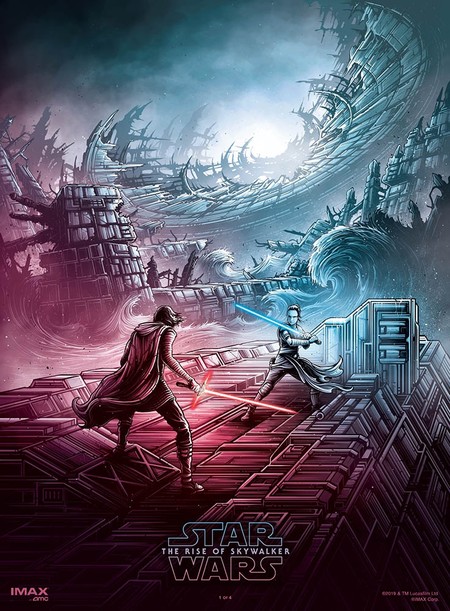 The director ofThe awakening of the force‘ (which takes over from Rian Johnson, responsible for ‘The last Jedi‘) has once again confirmed the plan in a recent pronouncements about his new job:

“you have to take it to a final emotional and meaningful but also satisfactory in terms of genuinely answer as many questions as possible. For that, if in a few years someone sees these films, the nine, you’re watching a story that is as cohesive as possible.

Although there are many things that were planned and discussed –the George Lucas said, when he created this, that what looked like three plays of three acts– that does not mean that there is not a discovery, that there are not things that serve and make you think: ‘Oh, there’s an opportunity here’.

it also does Not mean that you have a list of resolutions that we have to abide by what has been raised. But we are also very aware that this is the end of the trilogy and need to meet. We went into this knowing that there must be an end. We are not being silly.”

apparently, ‘The ascent of Skywalker’ would have a duration of two and a half hours, a film length, but nothing crazy taking into account, for example, the three hours that we had in the armchair ‘Avengers: Endgame‘. Episode 9 of ‘Star Wars’ features a cast headed by Daisy Ridley, Adam Driver, John Boyega, Oscar Isaac, Domhnall Gleeson, Kelly Marie Tran, Lupita’nyong or, Keri Russell, Naomi Ackie, Richard E. Grant, Anthony Daniels, Mark Hamill, Billy Dee Williams and Carrie Fisher.

Star Wars will continue beyond the Skywalker

Although the story of the family Skywalker ends here, ‘Star Wars’ still has a lot of life ahead. Coming soon to Disney+ the first series of real action franchise, ‘The Mandalorian‘, there are two more on the way (a on Obi-Wan Kenobi and other Cassian Andor) and a new film trilogy that will prepare the creators of ‘Game of Thrones’ (believed to be based on ‘The Knights of the Old Republic‘). 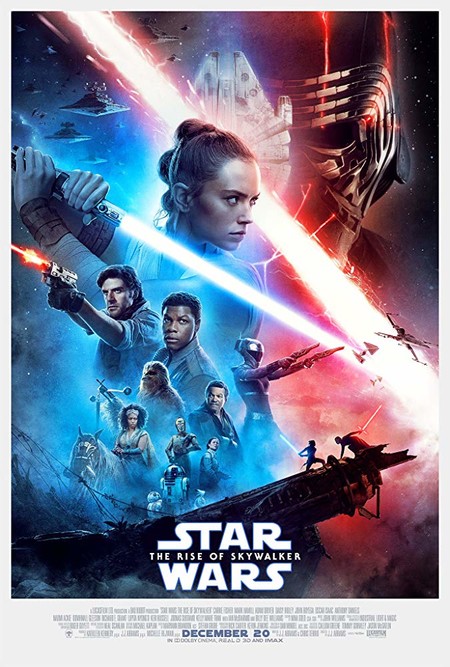 Venice 2019: 'the Story of a marriage' reveals the drama more sophisticated and emotional Noah Baumbach

'The Mandalorian': the first series in live-action Star Wars feature the origins of the First Order, and expands its distribution

–
The news ‘Star Wars: The rise of Skywalker’: the trailer end promises the film more epic saga for the completion of the three trilogies gained was originally published in Espinof by Juan Luis Caviaro .