Steno, a notes application to Google Keep which is even more minimalist

Use your smartphone to leave annotated any idea is not only usual, also a great recommendation. Knowing how unpredictable that is usually the inspiration, and because we are mobile almost always on top, why not avoid the risk of missing the muses writing down everything important that happens to us by the head? To do this, nothing like a good application notes, especially if you remove all clutter from the interface to focus on what matters most.

Google Keep maintains that approach, the minimalist end. Write a new note with just a touch, quick notes, style and design simple. Well, a new app available in the Google Play store to satisfy the desires of those who want an alternative to the proposed Google: Steno. It has early access, but you can download without any problem.

Perfect for writing notes, and nothing more 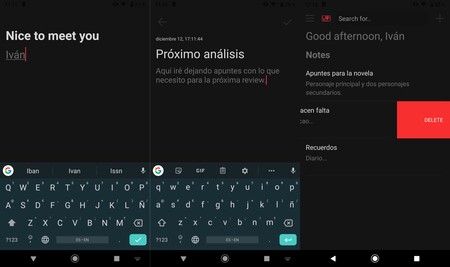 What of minimalism not only home with the style of the application, also with their functions:

Steno is short on the number of features it offers. In fact, it has a timeline with all the notes and buttons to add a new text and find a note among the entire set of them written. Beyond here, the app does not offer more. No less.

The 9 best text editors for Android

Steno is a simple application that runs away from the superfluous to focus on the writing. Lacks elements of layout, also insertion of images and any other option that is not simple and pure text. At least for now: the app is in development, so that it would not be strange that completion of the annotation of ideas with graphic elements, always keeping her style is extremely minimalist. 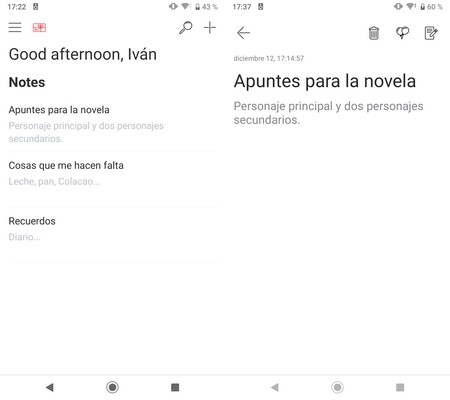 Steno offers dark mode and clear fits according to what you choose in the system settings, has undo button to restore notes in the case of that may have been deleted by mistake (to remove them simply slide them), the notes can be shared (the icon of the balloons) and works without any type of connection. Yes you are missing some type of protection at the time of exit without saving (deleted the note was created) or have the option to synchronize the notes, details of which will be polishing it as development progresses.

The application notes Steno is free and does not include ads, at least for the moment. It’s a very good recommendation if you need a notes app that occupies a minimum: weighs less than 7 MB once it is installed in the smartphone. –
The news Steno, a notes application to Google Keep which is even more minimalist was originally published in Xataka Android by Ivan Linares .