‘Stranger Things 4’ confirmed: Netflix announces with this teaser a new season “away from Hawkins”

what Surprise? Well, I don’t think so, but certainly this is the bombshell of the day: ‘Stranger Things 4’ is a reality. Netflix and the brothers Duffer, parents of the child, have confirmed the news a few minutes ago. 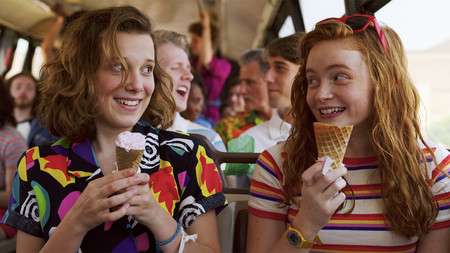 there’s No doubt about ‘Stranger Things’. The series of the Duffer is the flagship product of Netflix, and if something can not afford a large “string” (or platform) is to dispense of the goose that lays the golden eggs, so that as almost always, was a matter of time that a fourth season was put on the table.

'Stranger Things 3': 43 tributes and references to thoroughly enjoy the new season of the series from Netflix

“The Brothers Duffer have captivated audiences all over the world with ‘Stranger Things’ and we are delighted to extend our relationship with them to bring their imagination to overflowing with other projects for movies and series that our users will love,” says Ted Sarandos, Chief Content Officer of Netflix. “we can’t wait to see what the Brothers Duffer have booked for when you are out of the world of the World Upside down”.

The Brothers Duffer commented in this regard: “We are absolutely delighted to continue our relationship with Netflix. From our first meeting to the previous season, the team at Netflix has been sensational, giving us the type of support, guidance and creative freedom that we had always dreamed of. We can’t wait to tell more stories together -, starting, of course, with a trip round the World Upside down”

it is Still early to know more details or a release date, but from today you can count on the fact that it will be difficult to pass a day without strange movements in the news…

'The Crown' presents the trailer of season 3: Netflix turns to Olivia Colman in Isabel II

Trailer for 'How to live with yourself': Netflix doubled to Paul Rudd in a new comedy series and science fiction

–
The news ‘Stranger Things 4’ confirmed: Netflix announced with this teaser a new season “away from Hawkins” was originally published in Espinof by Kiko Vega .