Today we’ll travel many years back to review which was the first role-playing game ever made based on Dragon Ball, a title which as you can imagine, never got out of Japan, and that we were not able to enjoy in our land.

Its launch took place in the distant 1988 to Famicom and we were able to relive the saga of Piccolo Daimao from beginning to end, although there were few changes that were made in its development, as the death of Krilin with the one that starts the adventure, which takes place at the Kama House instead of in the Tournament in Martial Arts. 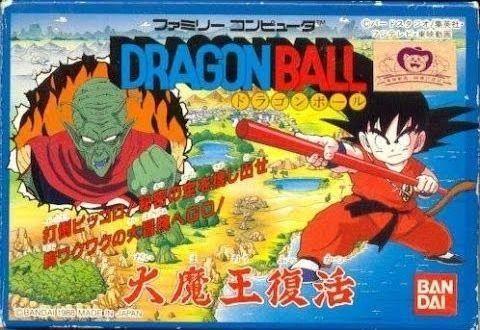 In this way we would have to travel the world to defeat Piccolo Daimao visiting different places at the same time that we were facing all kinds of traps and enemies ready to end our little Goku.

Its gameplay was typical of a board game with cards, so that the general map was displayed in the form of boxes interconnected by the that we would have to move to reach the different destinations that we were indicating. Depending on the movement card that we were using we were moving along more or less boxes, and every one we had to pick up a letter, which could have many different effects, as to lead us to fight a battle or order to heal. 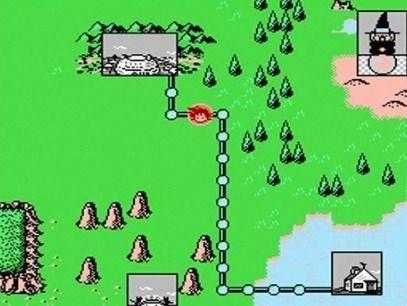 The functioning of the battles was very simple to understand, since we have to select a card from our hand that correspond with the action you wanted to perform (hitting punch, perform a special technique, using the Magic Stick, escape, etc.) and try to ensure that this had a level of power greater than that of the charter of our enemy. If our card was the winner, we ran our action, but if he overcame the rival, get the consequences, so that luck played a decisive role in the course of the fights.

When we arrived at our destinations we offered new options, such as investigating the place, talk with the characters that there were present, and even using an object, although in these sites we had to be very careful, because that used to be littered with traps that could lead us to see the screen of Game Over with ease. 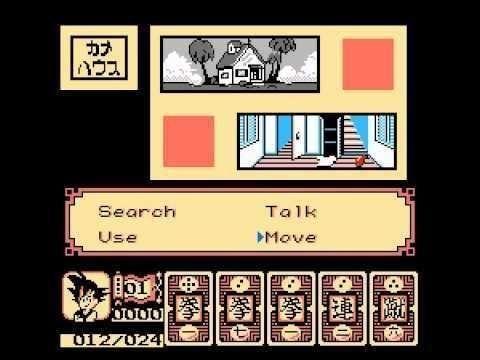 Graphically not bad for the time, as the resolution of each turn showed a dramatic animation sequence where we saw what was happening. In addition, the illustrations of the scenarios were very detailed and the characters were easily recognizable.

The game became a success in Japan, surpassing with ease the million units sold and giving rise to a whole long series of games that would inherit their gameplay to recreate new chapters in the history of our saiyan favorite. 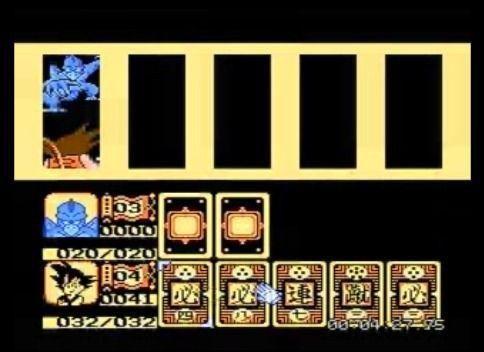 yes, as I have mentioned, luck played a role so important that sometimes the advance could be particularly frustrating when the cards decided to be against us, although we have to recognize that it is a very entertaining game, well designed, and hooked up without much effort, although I never have been able to enjoy it as it deserves because of the barrier posed by the language to not be left out of the Country of the Rising Sun.