while the first game of Dragon Ball for recreation developed by Banpresto did not manage to penetrate sufficiently between the players and fans of the series, its sequel did the opposite, to the point of becoming a one of the best fighting game two-dimensional that it left the series until the time.

For the occasion, the company decided to dispense with the formula playable of its predecessor (based on fly through the stages freely), and fixed in the large genre of the early and mid 90’s, as Street Fighter II or even Dragon Ball Z: Super Butoden. In this way, Dragon Ball Z 2: Super Battle is presented as a fighting game very classic and traditional with a gameplay based on four buttons for punches and kicks of varying intensity, allowing us in this way perform different types of shots and special techniques where these would be combined with movements specific to the joystick.

In practice, the game was very fast and had a good depth playable, with characters well-differentiated that required some practice to learn how to master them. Although it was very much like Street Fighter II, some of our blows could send to the air or ground to our opponent, making the battle change of plane, so that at the end we could end up fighting both on the ground and flying.

Another new development is quite interesting regarding to the first part lies in the fact that each character has a unique end in Arcade Mode, although, of course, that if it is that we were able to complete it, because if there is something that will be remembered this game is being one of the titles of the struggle more difficult and complicated than we have ever had the pleasure of playing. 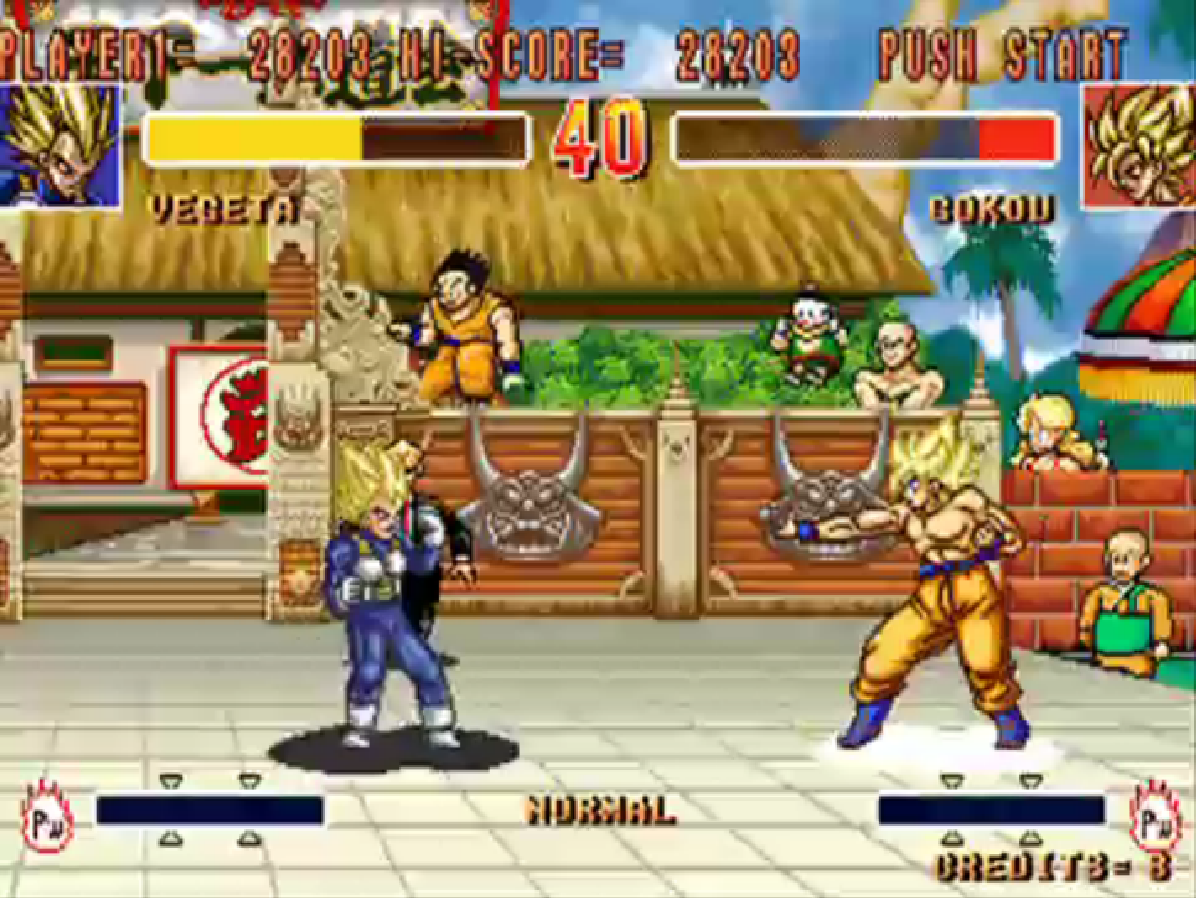 it May sound far-fetched, but the AI of the enemy was so certifiably effective and relentless that pass the first fight was an accomplishment available only to the chosen few. Yes, the titles for recreation tend to have a high difficulty to incite us to keep spending coins, but what of Super Battle was another level, so that in the end their biggest attraction used to be the enjoy the Versus against other players if we didn’t want to end up frustrated and leaving the portfolio in the attempt.

In regards to your template characters, this is based entirely on the story arc of Cell, so that all the wrestlers are drawn from the same, something that was left out of the game to the villains as memorable as Freezer. In spite of this, the selection was not anything wrong and the ten warriors that we had at our disposal met our needs so far.

Note that between them not only we were essential as Goku or Vegeta, but also dared to include to Mr. Satan, allowing us to fight with this charismatic hero, who has to cope with so formidable rivals was doing gala of a backpack thruster to fly and the various tricks they did use something very fun and unconventional. 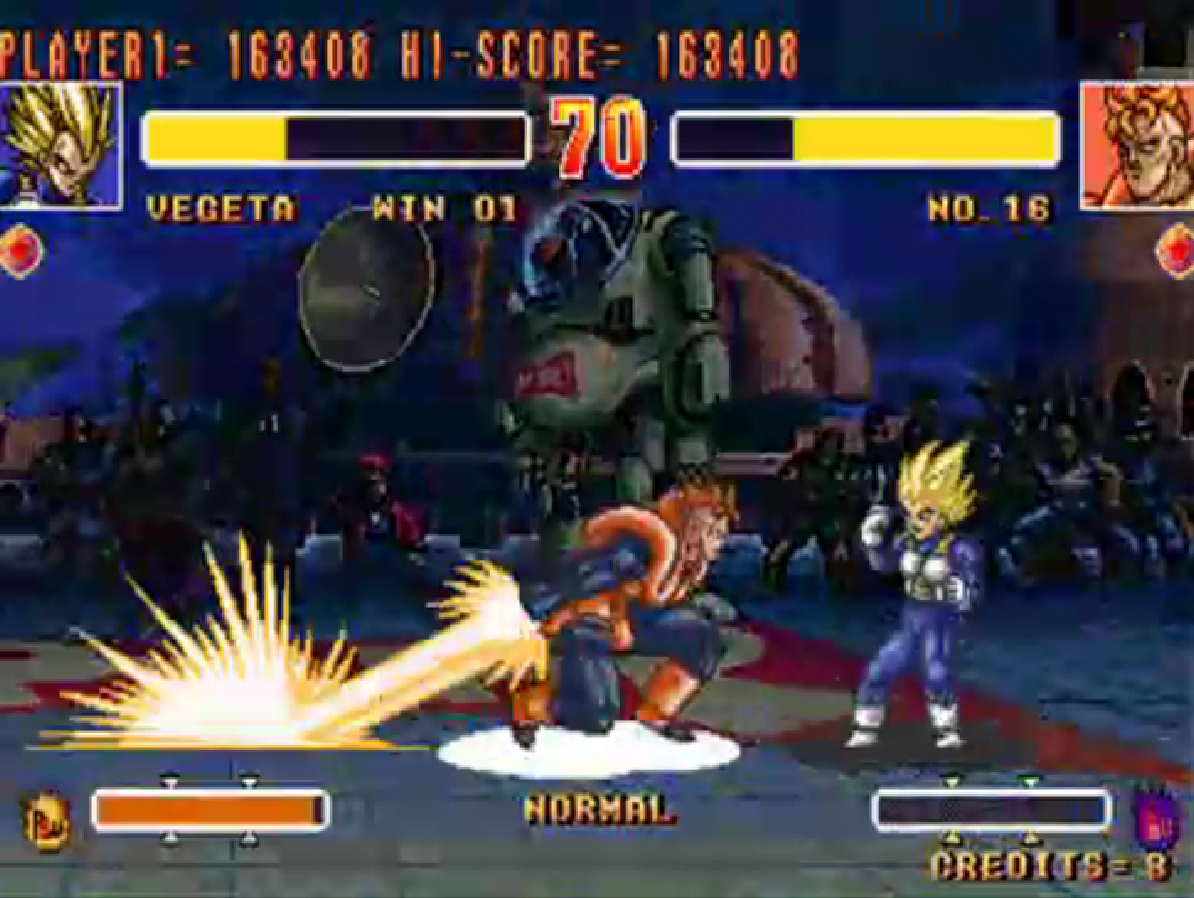 Another of the great improvements of the title took place in your graphic style pixel art is really spectacular and got to the time, with scenarios that are different and full of details and elements, as well as a few characters faithfully recreated, large, very recognizable and brilliantly animated. Special mention also to the effects of the techniques.

in short, a title with the bases playable really good (although not particularly original), and very polished, with a few graphics perfectly manicured lawns and with a difficulty abusive capable of despair to any who dared to stand up to your AI.

Download Premium WordPress Themes Free
Premium WordPress Themes Download
Download Nulled WordPress Themes
Download Best WordPress Themes Free Download
free download udemy course
download coolpad firmware
Download Best WordPress Themes Free Download
udemy course download free
Summer of Dragon Ball: Dragon Ball Z 2: Super Battle
Official: OnePlus 6T will be presented on October 30 in New York
it's been months of rumors and leaks in the media gave almost secure ...
A company from USA will implant chips on volunteer employees to streamline tasks
EFE The devices, about the size of a grain of rice, are placed in the hand...
Dontnod and Focus Home Interactive announce new collaboration
The creators of Vampyr and Life is Strange aspire to develop one of the mo...
Teaser of ‘Avenue 5’: the new comedy space of Armando Iannucci for HBO’s take off in 2020
The comedy space 'Avenue 5' will be one of the biggest premieres of HBO t...