For today’s installment of this Summer Dragon Ball we have decided to talk about the first part of one of the trilogies gained of games based on this series more atypical and entertaining that we have had the pleasure of playing, which was launched exclusively for GBA: Dragon Ball Z: The Legacy of Goku.

instead of offering us a brand new fighting game or the nth rpg title with turn-based combat with cards, the american studio Webfoot Technologies had the brilliant idea to bring us an action-adventure real-time – style The Legend of Zelda (although bridging the huge distances, of course) with touches of role-playing, in which acompañaríamos Goku along the sagas of the arrival of the saiyans and Namek.

Obviously, this is the type of game that is, had to take numerous licenses to create unique situations and unique both in the manga as in the anime to lengthen a little his lack of durability, so that the story was not completely true, although the main events, so overall, yes that sought to respect the event that we all know.

In regards to its gameplay, we had to move by touring several scenarios following the plot of the series and by accomplishing different missions, whether they be secondary or major. During our trips, there were fighting against all sorts of enemies, even though he will never cease to seem shocking that rivals as “fearsome” as a wolf common could harm you and put you in trouble to our saiyan favorite, which broke a little of that fantasy that I wanted to create to be controlling someone as powerful and strong as Goku. 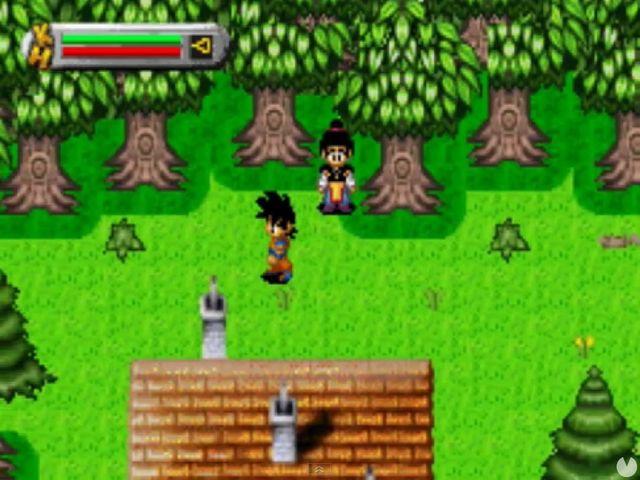 As expected, at eliminate enemies earned experience to level up and make you stronger, although this was something that only represented through our attributes of combat, as the special techniques only learned by advancing in the story.

unfortunately, the battle system left a lot to be desired, because we only had one punch and a few movements of Ki that consumed the meter corresponding, so that in the end the strategy was almost nonexistent when compared to the major rivals of the series and our possibilities playable remained limited.

Something that also didn’t work too well in this release was your poor quest design, especially the optional, which we were asked for goals very tedious that only sought to lengthen the duration of the adventure artificially, which could be completed perfectly in less than five hours, adding another serious defect in the set. 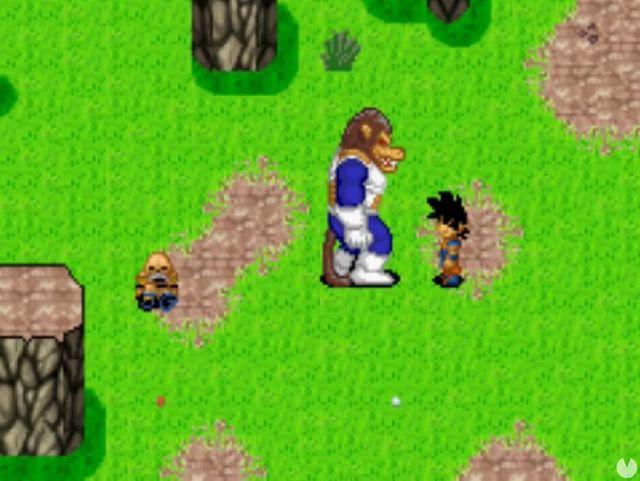 Graphically not bad, despite its simplicity, since the sprites of the characters were well defined and were perfectly recognizable, as well as the scenarios had a good amount of details and elements. The negative part of the we had in the animations and the effects, incomprehensibly little care, and poorly recreated. Yes, a special mention to the few scenes taken directly from the anime that were included for a couple of moments of the adventure.

we’re Not going to fool anyone, Dragon Ball Z: The Legacy of Goku it was a game loose and with many flaws, but somehow managed to keep us very entertained during the entire adventure. The choice of this genre in order to portray the adventures of Goku was a success and served to lay a foundation that later puliría and would enhance with their sequels, giving as a result two titles are far superior and yes they deserve that we give it its due attention.

Download Nulled WordPress Themes
Download Premium WordPress Themes Free
Download WordPress Themes
Download Nulled WordPress Themes
online free course
download samsung firmware
Download Premium WordPress Themes Free
udemy course download free
Summer of Dragon Ball: Dragon Ball Z: The Legacy of Goku
PewDiePie responds to the controversy over paid videos of Middle Earth: Shadows of Mordor
Ensures warned that it was advertising. Few days ago inform you that th...
Supermassive Games talks to us of The Inpatient in a new video
It is a game for PS VR.Supermassive Games, makers of Until Dawn, have show...
Nintendo announces a new model of the Nintendo Switch with a greater battery and autonomy
The firm reviews the original system without noticeable changes, but addin...
‘Pokémon: Detective Pikachu’ wasted Ryan Reynolds in a diversion safe that is in no-man’s land
At the risk of sounding nostalgic —adjective that does not house at a...