Supermassive Games, makers of Until Dawn, have shown a new video The Inpatient, his new project for PlayStation VR.

“we Use the speed of the objects used to adapt the vibration to your expectations.”, explains the director of the game, Nik Bowen. “That’s why, to pass the hand through a wall is very different to beating her, it is incredibly realistic.” 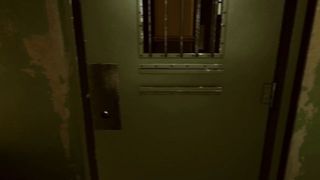 Sony also highlights the sound: “the audio is binaural, that tells you more or less where sounds come from in a three-dimensional space, it is perfect for a title that plays with (or seizes) the perception of the player. Bowen says that the study aims to ‘inform and unsettle’ with the ambient sound. With either noise easily explicable, as the insects that crawl, or other unexplained, you feel forced to live in situations that sound and make you feel as if you were living a nightmare“.

The Inpatient is released the 24 of January on PlayStation 4.