‘Swamp Thing’: horror and superhero in an extraordinary and sentenced before birth 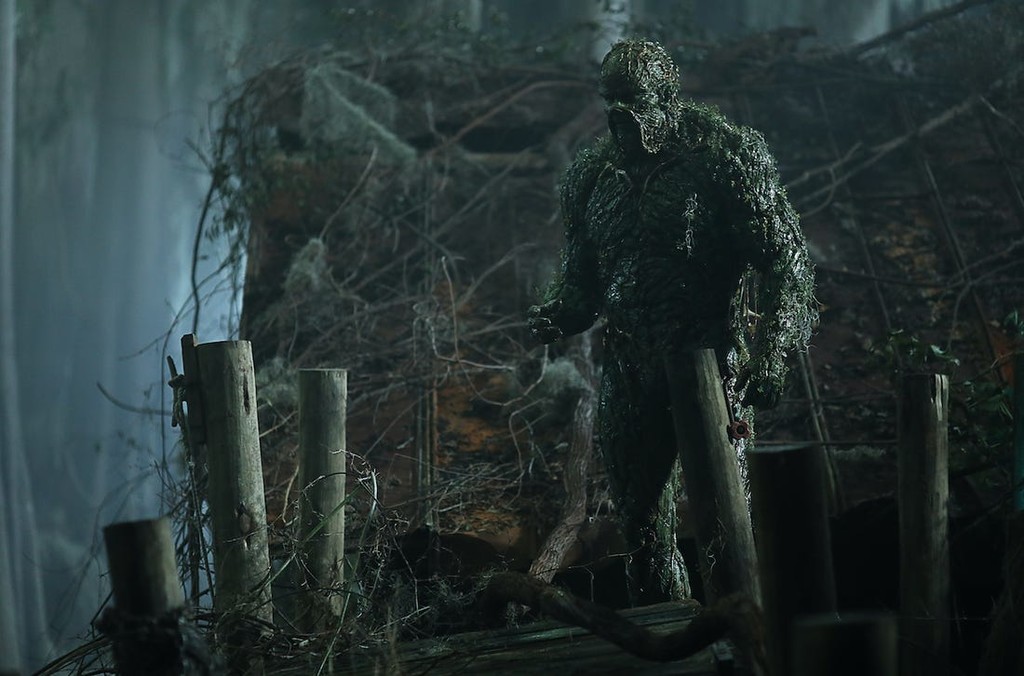 Possibly go down in history as one of the great frustrations of the past year in terms of television: the reduction of episodes of the first season of ‘Swamp Thing’ and post-cancellation (with just one episode aired, with excellent reviews) certified that the experiment of the DC Universe limp in their entirety to no end to find a series that abanderen the platform. And it’s a shame, because this adaptation of the legendary monster / superhero of DC not only is it extremely faithful to the comics that inspire. In addition, it is a lesson about how to approach a starting material inadaptable.

it Has been a good year in those terms, in fact, and it has been corroborated by another series of much better fortune critical, and that significantly a part of comics of the same -and with the reputation of being inadaptable – writer: Alan Moore. It is, of course, ‘Watchmen’ HBO, a lesson about how to approach the translation of an original that only has meaning in a specific context and complicated to update.

In this case, we talk about comics, the of Swamp Thing, something more simple for using, but that nevertheless, in his stage Moore (from 1982) does not go short of iconicity and abstraction invisualizable. Its mythical history ‘anatomy Lesson’, illustrated by Stephen Bisette, it is an authentic delirium of hallucinations, horror lovecraftniano, new meat ochentera, and a good part of the obsessions guiding the darkest area of the comics of Moore, the horrors harrowing to the dark side of pop culture icons.

But although this stage of Alan Moore is the most well known and iconic of the character, particularly due to its extraordinary quality, it is not the only one. Before her, ‘Swamp Thing’ was a comic book, horror, monsters and excesses and grotesque in the line of the macabre horror stories DC so well reprise later Neil Gaiman in ‘Sandman’. And after Moore, the character of Swamp Thing has suffered multiple evolutions, many times taking advantage of the line-which was introduced by the English scriptwriter, between transcendent and metaphysical, and of a genuine ghost story gothic. The series of DC Universe, which now comes to us through the Sky, it has something of all those faces of the character. 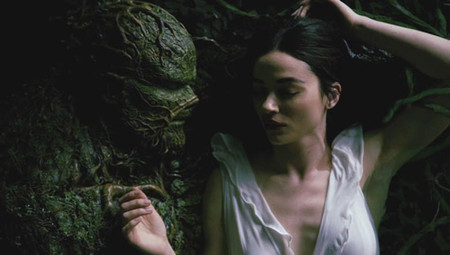 however, despite the fact that all of these incarnations of the monster come together in the series, it manages to have a line and a tone common to be envied. There are episodes that desentonen with the rest, there are no characters that seem to come from another series: the impossible tone of comic-book is pilladísimo, and in the series have perfect internal coherence to the story of love Beauty and the Beast, the hilarious southern accent Will Patton or the great incarnation of the villain superheroico tragic, very style bat-verse, the underappreciated Kevin Durand in the genesis of the Man Florónico.

Although the cuts that led to the projected 13 episodes original to 10 affect some of the characters, whose arcs end we can sense something in a hurry for this reason (for example, the precipitate fates of the characters Virginia Madsen, Jennifer Beals, or Ian Ziering), the series saves those three hours left with dignity. Unfortunately, what you cannot avoid is the feeling of unfinished work: the experience is so positive that the viewer wants to continue knowing more of Alec Holland, Abby Arcane and Swamp Thing. 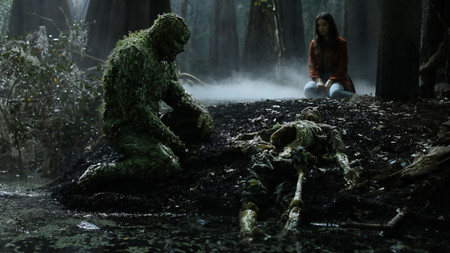 In general, the feeling of imperfect work, shaken by a bad decision of the channel, the DC Universe is constant, but the findings are also continuous: is ‘Swamp Thing’ manages to raise a story grounded in the precepts of body horror but in key green (despite the fact that there are outbreaks of violence vegetable that will delight fans of more hardcore). Your top in that sense there are sequences like the autopsy of Swamp Thing, possibly the scene more bloody than you’ll ever… without spilling even a drop of blood.

A real shame, because the famous revelation of the last episodes, where the Swamp Thing discovers his true relationship with the cientítico Alec Holland (Derek Mears demonstrates here that it is possible to convey complex emotions buried in a hulk latex vegetaloide), vibrate in a harmony unusual in the horror show. So little usual as to the result of this series, the umpteenth refutation after the rugged path of John Constantine -Hellblazer – on television, of that much he tries to make DC, the Justice League Dark has it complicated to make an adaptation as it deserves.

–
The news ‘Swamp Thing’: horror and superhero in an extraordinary and sentenced before birth was originally published in Espinof by John Tones .

‘Swamp Thing’: horror and superhero in an extraordinary and sentenced before birth
Source: english
January 13, 2020