Syfy 2018 | theft cross of ‘Have a Nice Day’, the peculiar zombies of ‘The Cured’ and the heroism of Russian ‘Salyut 7’ 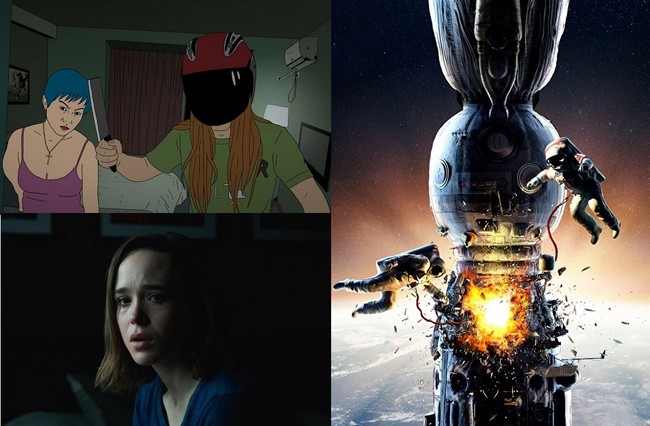 After a first day in which there were more joys than disappointments, the second day of the XV Shows Syfy de Cine Fantástico de Madrid ended with a baggage more negative, mainly because of the torture that he ended up becoming the viewing of ‘Have a Nice Day’ (‘Hao Jile’), the first film that I had the chance to see yesterday.

More fortunate was the experience with ‘The Cured’, the peculiar zombie movie starring Ellen Page, and ‘Salyut 7’, a kind of response to Russian ‘Gravity’. However, these two titles also feature a number of imperfections that tarnish the end result, leaving with a taste of bittersweet. Without further ado, let us discuss them individually:

‘Have a Nice Day’ is horrible

There are few films throughout history have used the trick of the lives cross, either with frames very connected with each other or without apparent relationship that end up connecting in the end. In the case of ‘Have a Nice Day’ we find ourselves with the first, but with the important detail that the script of Jian Liu, also a director, is a ridiculous nonsense that do not know how to engage the viewer and above has no doubt recreated in visual solutions that do not come to a fairy tale.

This last paragraph is also serious because it ‘Have a Nice Day’ may work if you only see static images, but when you tap to see it in motion, the result is disastrous and invites the spectator to take it to laughter to be able to better endure the torture in which it ends up becoming. The latter has to some merit if we take into account that barely reaches the 75 minutes of footage, but the theft of the money and everything that surrounds it ranges between poor, ridiculous and directly shameful.

‘The Cured’ has better ideas than results

The topic zombie I always found interesting, and the idea that a film starts off from the basis that it has found a cure but that all those infected are reminded of the atrocities that have been committed, I find it stimulating. To that you add a Ellen Page that it takes time for a both missing from the first line, and the result could have been a great movie. The problem is that one thing are the intentions and other outcomes.

along the set footage of ‘The Cured’ we find scattered ideas that could have given him a lot of yes -I think in the rejection of the society to the cured or the doctor that is doing everything possible to save an infected particular-, but David Freyne, screenwriter, and director of the film, does not end deciding on a particular approach and that causes everything is a bit half way. Good performances, yes, but that just hampered by the lack of a decision from Freyne to bet on something concrete that serves as axis.

‘Gravity’ it is a wonderful film with which I connected fully, both in his facet of visual spectacle as well as in its powerful emotional component. With ‘Salyut 7’ we find a kind of Russian version alternative, although in this case it is based on a true story, which serves to raise a little flag of patriotism, something that is particularly present during their final minutes.

Personally I enjoyed the film although I have a problem with it. In general lines gives the stick it in all the sections, from its striking visual finish taking into account your budget up to the effective work of its cast-in particular his two protagonists-but always there are some detail that gives me a certain feeling of falseness to what I’m seeing.

it Is true that it does not exceed with that touch of patriotic to which I alluded before, but sometimes there is some serious emotional ends of square and visually meets but does not impact. However, what struck me the most about it is its soundtrack, very appropriate to highlight the emotions you are looking for in each time, but then just conveying a sense of music database generic that plays very much against the emotional range of this film, directed by Klim Shipenko.

The night ended for me with ‘How To Talk To Girls at Parties, but the tape of John Cameron Mitchell I will talk in greater depth at another time.

XV Shows Syfy starting today in Madrid, and these are the movies I most look forward

Syfy 2018 | The vibrant time loop 'Day', the overwhelming hosts of 'Brawl in Cell Block 99' and more

–
The news Syfy 2018 | theft cross of ‘Have a Nice Day’, the peculiar zombies of ‘The Cured’ and the heroism of Russian ‘Salyut 7’ was originally published in Espinof by Mikel Zorrilla .