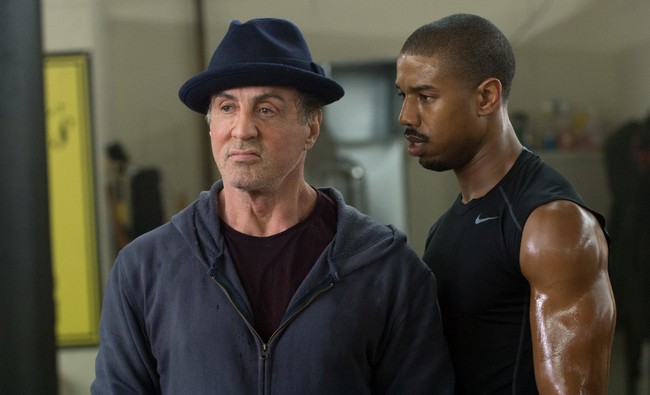 Today is 71-year-old Sylvester Stallone, a living legend of cinema that has left a couple of mythical characters and that has closed the mouth of all those who claimed that he did not know to act. Almost gets an Oscar last year for his great role in ‘Creed’where the famous Rocky Balboa went from boxer to coach the son of an old rival and friend.

there’s Still nothing official, but there is talk of a sequel and even a trilogy of ‘Believe’ since before the premiere of the spin-off led by Ryan Coogler and starring Michael B. Jordan. Now, Stallone has managed to enthuse fans with an idea for ‘Believe 2’ that anticipates the return of another major character in the series. The star has shared up a first sketch of teaser poster:

Here's a chance to stretch your imagination … HISTORY WILL ALWAYS REPEAT ITSELF IN ONE FORM OR ANOTHER, JUST GOT TO BE READY! … Sins of the Father…. #creed2 # agentnickyc #rockybalboa

here’s a chance to stretch your imagination… HISTORY WILL ALWAYS REPEAT ITSELF ONE WAY OR ANOTHER, JUST BE PREPARED!… Sins of the father… #Creed2 #AgentNickyC #RockyBalboa

So, it seems that it is preparing a rematch related with ‘Rocky IV’. Like Stallone, Dolph Lundgren is kept in very good shape but for his 59 years, it sounds very believable that his character, Ivan Drago, re-upload to a ring, especially to fight against a young champion. No, it is more likely that, if in the first we met the son of Apollo Creed, in the second we present the stem of the “Bull of Siberia”.

Drago killed Apollo in the fourth movie of ‘Rocky’ and it is possible that Adonis seek revenge, discovering that the Russian also has a son boxer… As I was saying, ‘Creed 2’ is not officially launched yet, it is not known if Coogler will direct (is busy with Marvel) and there is no news on the cast, so Sly you cannot put any new face there, but this seems to be something more than an idea that has wanted to share with his legion of fans. What do you think?

By the way, in the hashtags of the publication of Instagram makes reference to such a Agent”Nicky”. Refers to Nicholas Cordasco, an agent of athletes who today has published this photo of congratulates Stallone for his birthday:

'Creed. The legend of Rocky', the movie

'Creed. The legend of Rocky': How New? No, but different

–
The news Sylvester Stallone celebrates his 71-year-old with an idea for ‘Creed 2’ that has excited their fans was originally published in Espinof by Juan Luis Caviaro .

Sylvester Stallone celebrates his 71-year-old with an idea for ‘Creed 2’ that has excited their fans
Source: english
July 6, 2017