Teaser of ‘Avenue 5’: the new comedy space of Armando Iannucci for HBO’s take off in 2020

The comedy space ‘Avenue 5’ will be one of the biggest premieres of HBO to the beginning of 2020. Starring Hugh Laurie and set in outer space, you will land on our devices in the coming month of January. At the controls of the series, the foolproof Armando Iannucci. 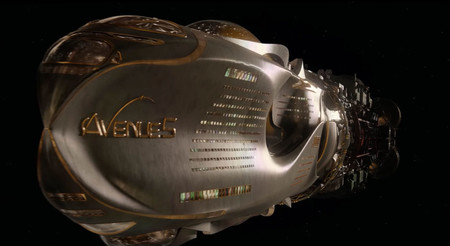 The creator of ‘Veep’ launched the idea of ‘Avenue 5’ a few years ago, but we did not find out with a simple by the agendas of its leaders, among other factors. Fortunately for us all, because Iannucci is always a winning bet, HBO has released the first teaser of the series, which will hit starring Hugh Laurie, Josh Gad and Zach Woods as the supervisors of a space ship of luxury for tourists intergalactic.

Emmy 2019: who will win and who should win the major awards of the television

The argument of the series remains unclear, but the teaser you see above seems to indicate some type of catastrophe that will put the crew in danger and force you to a personal bad spoken to take control and avoid damage.

Iannucci directs the piloro of the series, which also features in the cast with Suzy Nakamura, Nikki Amuka, Rebecca Front and Himesh Patel, with whom he has to point his new film, ‘The Personal History of David Copperfield‘

Trailer for 'The New Pope': HBO returns to Jude Law to the Vatican in the continued success of Paolo Sorrentino

Trailer for 'The Personal History of David Copperfield': the creator of 'Veep' adapts to Dickens in his new film

–
The news Teaser of ‘Avenue 5’: the new comedy space of Armando Iannucci for HBO’s take off in 2020 was originally published in Espinof by Kiko Vega .