Telegram consumes almost half of the data that WhatsApp

Call WhatsApp vs calls in Telegram: what uses more data and battery

A study has confirmed what many feared: the application of Telegram consumes almost half of the data that Whatsapp, his greatest rival within the mobile applications of messaging. This difference increases when compared to other like Line, Messenger of Facebook or Skype.

So says the Italian web sostariffe.it, which checked how it affected a continued use of traffic data in all of these applications, sending the same number of messages in all of them, and calculating a low, medium, and high.

As can be seen in the table, Telegram account, with a consumption of 0.42, 0.87 and 3,75 in the different modalities face to 0.65, 0.87 and 3,75 his main rival. This confirms the best optimization of the application developed by Pavel Durov, who shared the result in their social networking. 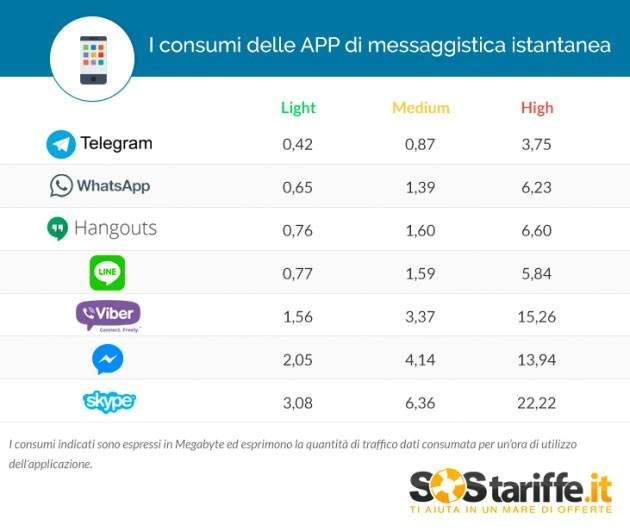