‘The Act’: a remarkable thriller, hard, and disturbing, despite the fact that it fails to balance all of its elements 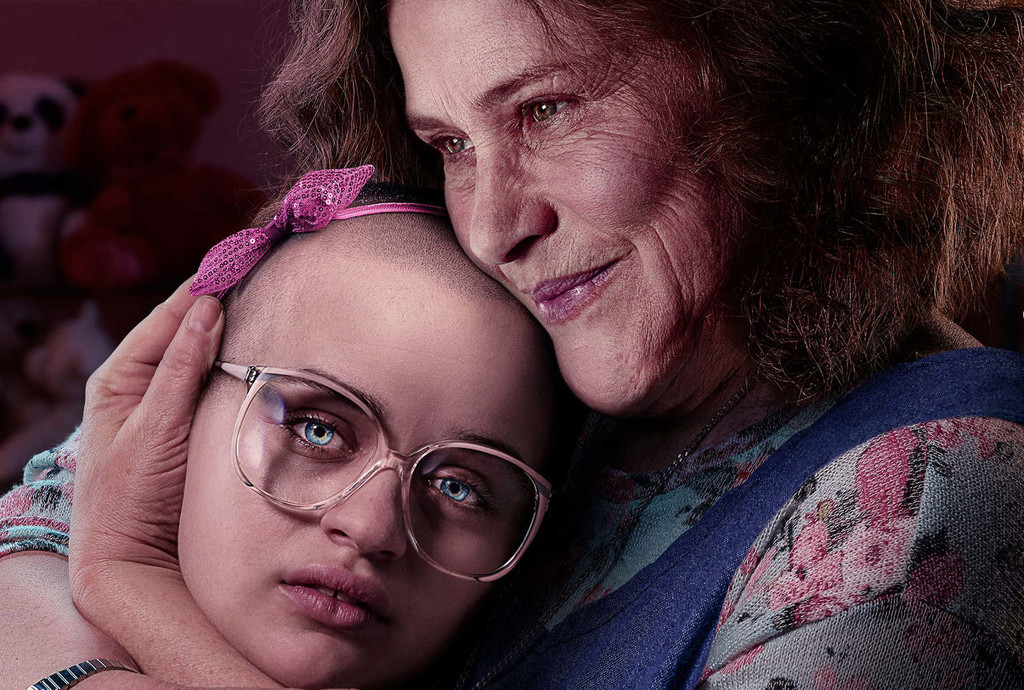 for The first time which appears the title of ‘The Act‘ printed on the screen, it is in a scene in which Dee Dee and Gypsy Rose are giving a television interview. In this precision timing give us the key on what is this new drama that has come to Spain from the hand of Starzplay.

Created by Nick Antosca, to whom we ‘Channel Zero‘, and starring the wonderful Patricia Arquette and Joey King, the eight episodes of ‘The Act’ speak to us beyond the crime and its circumstances, the story of our protagonists is a theater of appearances… and the terror that is hidden when the doors are closed.

Based on a true story, the series begins with the arrival at Springfield, Missouri, Dee Dee (Arquette) and her daughter Gypsy (Joey King) affected for all kinds of major and chronic diseases. What for many is an amazing story of overcoming adversity, hides a terrible case of child abuse (and not so minor was the “little girl”).

So, during the series we will see how the Gypsy begins to discover that her own mother is cheating, and controlling. Discovery, coupled with the desire for independence and her own “sexual revolution/romantic” will trigger a series of events that will culminate in the death of Dee Dee.

“If you printed some of these crimes as fiction, people would not believe it”. Patricia Arquette (‘The Act’)

Defined Patricia Arquette to ‘The Act’ as a series of horror. And it is not for less because, although it is referred to as a criminal drama based on actual events, the series is disturbing, and even it is hard to see how Dee Dee controls in a sickly manner to his daughter… and no I’m not talking about giving a medicine that is not needed at all.

it Is this journey into the psyche of a sick mother and mentally the condition to which he has subjected to his daughter.

This hardness of view is, precisely, the main asset of the series. And it is not that they need too many gimmicks, since the mere fact of thinking that this has happened in real life gives it a touch creepy, and morbid.

There is, however, a couple of factors that plays very to the against in ‘The Act’. The first is the number of episodes: the starting material is, simply, insufficient to be able to fill eight hours of television and it starts to become obvious towards the equator of the series.

The 19 best documentary series on criminal

The second comes more from the script by Nick Antosca, is those who are unable to finish click when setting up “the case.” An example of what we have in the very first episode, where after fifty minutes of being confined in a wheelchair is revealed to us that the Gypsy can walk perfectly. A revelation (as expected) that lacks a bit of power.

The cast is spectacular. Both King Arquette will leave the skin getting literally in the flesh of these characters, and when ‘The Act’ focuses on life in the home of the Blanchard, in the psychological thriller that takes place within those four walls, in the increasingly tense and inquisitorial relationship mother and daughter, is when the series shines more.

on the other hand, are in the scenes of “how this looks from the outside”, from the neighboring leery (played by Chlöe Sevigny), the doctor that you suspect things (Poorna Jagannathan), etc where the script is quite clumsy.

The impression left by these scenes is that of being a collection of illustrations with dialogues poor and little contribution to the story that seems to closest to the “always waved” that so many times we see on the news and events that an exploration of the community where the story unfolds.

‘The Act’ it is disturbing, it is hard to see, it is addictive and is made with very good hand. The pity is that the script is slightly neglected, especially as they come out of the pairing of Blanchard, getting a taste of bitter in a series that, on the other hand, it is quite remarkable.

'Trap-22': the mini-series war of George Clooney has moments of lucidity but am disappointed in his side’s satirical

"If they should be written some of these crimes as fiction, people would not believe it". Patricia Arquette ('The Act')

'My first kiss': the romantic comedy on Netflix is from most to least to end up mired in mediocrity

–
The news ‘The Act’: a remarkable thriller, hard and disturbing, despite the fact that it fails to balance all of its elements was originally published in Espinof by Albertini .

‘The Act’: a remarkable thriller, hard, and disturbing, despite the fact that it fails to balance all of its elements
Source: english
June 15, 2019