The Amazfit GTR Lite is left to see in Gearbest boasting of 24 days of autonomy, but giving up the GPS

The Amazfit GTR came in July this year boasting an autonomy of 24 days, a careful design is circular and the well-known price-quality relationship of Amazfit. After him came the brothers as well as the Amazfit GTS, and today, a new model hits the catalog, as we can see in Gearbest.

The china shop has been selling the Amazfit GTR Lite, a reduced version of the popular device Amazfit. In this case, you keep important details such as the duration of the battery, while there are some cuts to adjust the price. 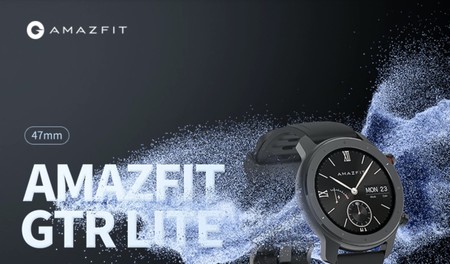 The design and the panel are the same with respect to the Amazfit GTR. We have with AMOLED technology in the screen and aluminum in the box

Your screen is 1.39 inches with AMOLED technology and resolution of 454×454 pixels, the same, at least on paper, mounted his older brother. This is protected by Corning Gorilla Glass 3, as well as a coating oleofóbico and water resistance.

details that the watch has a battery capable of 24 days of use, same figure as promised Amazfit in your day with the GTR. In the same way, we have a number of sensors for monitoring sports and health, as the heart rate sensor optical. In the same way, with up to eight modes sports, and allows you to track your sleep.

Amazfit GTS, analysis: the best-selling Xiaomi is one of the best smartwatch in relation quality-price

The main sacrifice of this GTR is that we do not have a GPS chip, so that we will not be able to use it to track our path when we run or bike. In the same way, the strap is another of the elements which have reduced costs, giving up the leather to use silicone.

the price of The device in Gearbest is $ 109, about 98 euros at the exchange. This translates into about € 30 less with respect to the Amazfit GTR. At the moment, so is only available on this page, being able to buy from already.

–
The news The Amazfit GTR Lite is left to see in Gearbest boasting of 24 days of autonomy, but giving up the GPS was originally published in Xataka Android by Ricardo Aguilar .