A gesture of gratitude from the community towards the study of No Man’s Sky.

The past the month of June we learned a group of fans began a campaign to fund a billboard to express their support and thanks to Hello Games for the game No Man’s Sky. Now, the fence has finally made it a reality.

Your own Sean Murray, founder and leader of the development studio, has posted a photo in the social network Twitter showing the billboard paid for by fans:

Heading home after one of the craziest weeks of my life. 18 builds released in 48 hours

And look what went up today

And, as planned in the funding campaign, this billboard is located outside of the offices of Hello Games, located in Guildford, England.

With the money left from the funding campaign, which was a success, it has become a donation in the form of toys for the children’s hospital at Westmead in New South Wales (Australia).

therefore, have not only managed to express support for a team that faced harsh criticism by the state in which he released his game and has been working hard since then to improve it and to satisfy the public, but they have also managed to do a good work. 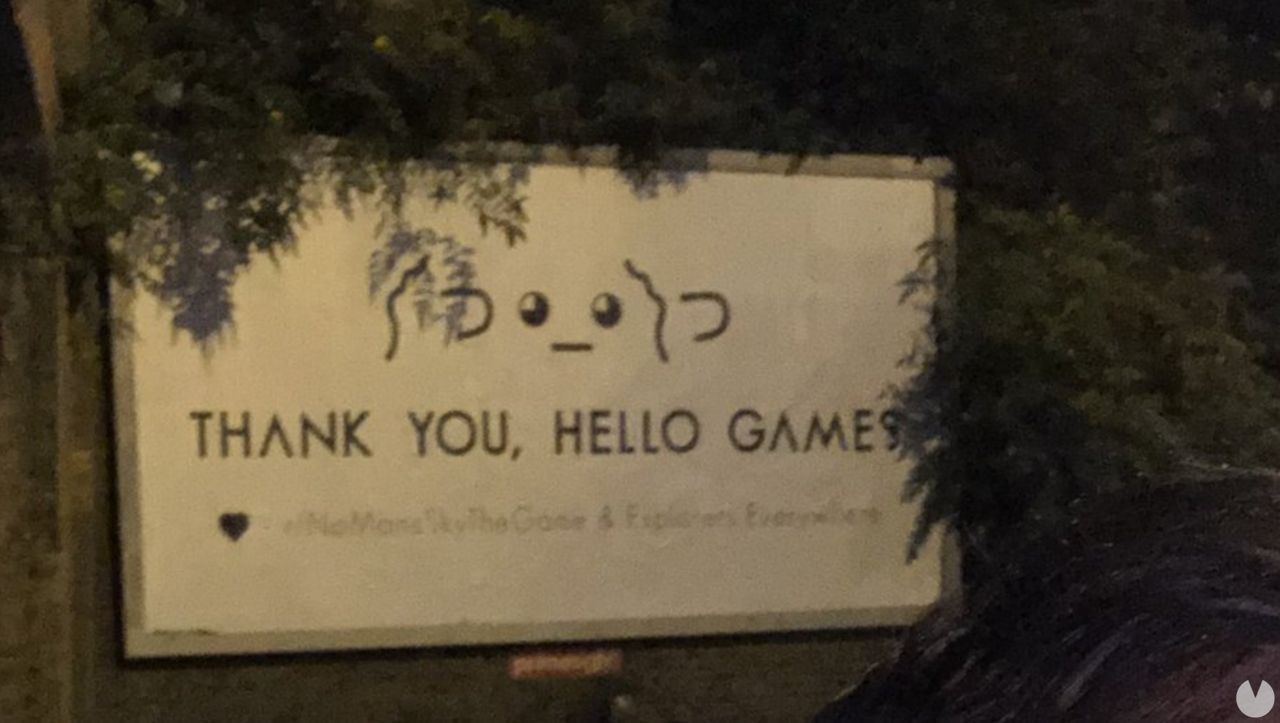 The billboard to support Hello Games is already in front of the headquarters of the study
Source: english
August 19, 2019