Arise statements of those responsible in the that they denied their existence.

The boxes of booty Black Ops 4 were not planned in the beginning
Arise statements of those responsible in the that they denied their existence.The chief designer of Call of Duty: Bl...

The chief designer of Call of Duty: Black Ops 4, David Vonderhaar, confirmed months ago that the Specialists of the video games only is desbloquearían with the work and the efforts of the player in the missions and games of the title. However, after the arrival of the last big update of the game, the title Activision has changed the rules and now we can find unlockable characters in the boxes of booty. The controversy has splashed Vonderhaar, that has been launched against him

Black Ops 4 has been increasing, the level, the importance and the index of presence of micro-payment. While we were talking about a video game pay with items, cosmetics and season pass, go to battle and loot crates each time more present in the organization chart and the structure of the digital store of the video game. Vonderhaar, say fans, was aware of this policy and only said a series of partial truths in relation to this topic, according to points PC Gamer.

► Naruto to Boruto: Shinobi Striker sample gameplay We have a combat with the occasion of the ev...
► PlayStation tries to hide the buttons of Xbox on a video of the Anthem The trailer has been slightly modified to hi...
► F888 Tablet – ein Gerät mit Dual-Boot So weit ein paar Industrieunternehmen ha...

“At the time I gave that interview, before the release of the game, I can assure you that was exactly how it worked. If I could go back to the past, and re-do this interview, I would answer exactly the same,” explained Vonderhaar. “I cannot tell you our plans or about who we are working with, but things change in a way that I can not predict or that I cannot know”, he continued.

“Is doubly true in that I do not have much information about the business side of the game and even less control over the same” he noted. “I always answer these questions the best way that I can, with the information that I have and handling at the time. If time passes and things change, you could accuse me of not being farsighted, but not of being a liar that omitted information on purpose to deceive you. This has not been the case”, conluía.

Call of Duty: Black Ops 4 is available on Xbox One, PS4 and PC. 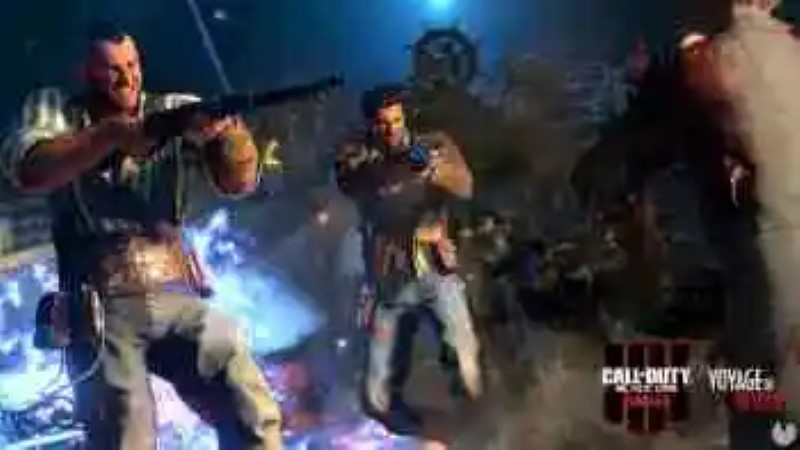 Motorola Moto E6: the sixth generation of the family, Moto E wins in power and lost the fingerprint reader
The first leaks the Moto E6 date back to no less than the past month of...
The benders Marvel’s Avengers defend themselves against criticism
Troy Baker and Nolan North discuss the negative reaction from players who ...
Sitges 2019 | ‘Bloodline’: a playful homage to De Palma. ‘VFW’: a wild with all the spirit of Carpenter
After that the mate Tones to open the closure of these sessions double ...
Dogma 95, the current that tried to break in Hollywood
In the '90s came a current that tried to return to traditional cinema...
Bibliography ►
Phoneia.com (February 21, 2019). The boxes of booty Black Ops 4 were not planned in the beginning. Recovered from https://phoneia.com/en/the-boxes-of-booty-black-ops-4-were-not-planned-in-the-beginning/

This article was published by Phoneia, originally published in English and titled "The boxes of booty Black Ops 4 were not planned in the beginning", along with 18989 other articles. It is an honor for me to have you visit me and read my other writings.
◄ It’s official: the Samsung Galaxy Fold is the most expensive mobile phone since 1996
Pixar has done it again: ‘Kitbull’ is a wonderful short about animal abuse that goes straight to the heart ►