‘The cabinet of dr. Caligari’ to Toundra: when the post-rock embraces the German expressionism 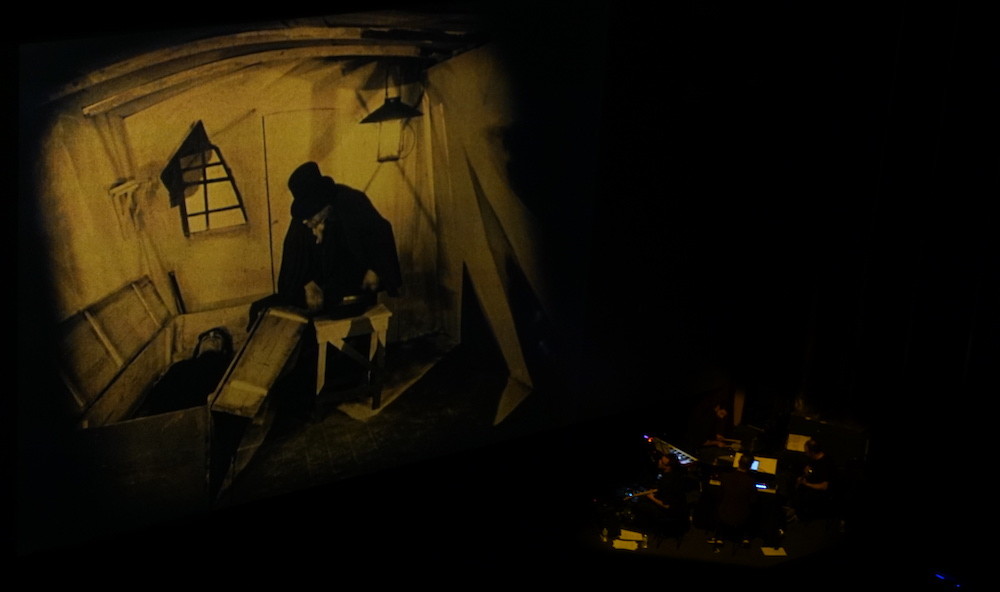 There are the movies endless. Some of them, due to its complexity and its ability to continue suggesting and stimulating after several viewings. ‘Viridiana’ to ‘Eyes Wide Shut’, to ‘Alien’, ‘Vertigo’ or ‘Perdition’. Other because of their capacity to mesmerize the viewer with often limited resources remain unperturbed over time. is Not wear out, no matter how much you have been quoted, parodied or imitated. It is the case of ‘The cabinet of doctor Caligari’.

This past Wednesday, may 8, we had the opportunity to re-check it in Madrid, in the cinema Capitol, where the wonderful, gloomy, monochromatic and silent capacity of the classic Robert Wiene to petrify to an entire room again to be revealed. We’ve seen it dozens of times (in fact, you can do it for free because it is in the public domain), but their ability mesmerizante never be exhausted. Of course, that on this occasion, told with the help.

The band from madrid post-rock instrumental Toundra was responsible for putting the soundtrack to the classic German expressionism, and la choice of the organizers of the event, Café Kino, for musicar experience, he could not reveal himself as more successful. environments circular, oppressive, obsessive, and atmospheric that invokes the music of Toundra are perfect for bringing renewed life to a film whose argument also goes in search of the perfect circle. 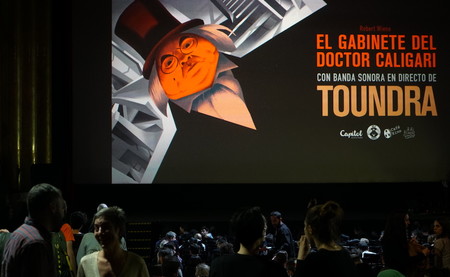 For that, it fit like a glove in your proposal the idea of a musical theme that is repeated at the beginning and at the end of the footage, in the style of so many bands sound with a piece recurrent. Between this pair of parenthesis that opened and closed the concert-film, Toundra divided his performance into six themes that coincided with the six parts in which fragments of ‘The cabinet of Doctor Caligari, and they go on to describe how the arrival of a mysterious pitchman in a German village, loaded with a somnambulist that can guess the future, coincides with some horrific murders. The conclusion of the movie, in an insane asylum, is the echo of his haunting start, which already mark the chords of a movie self-absorbed in itself as what is Cesare, and as the gait obsessive, has the logic of a dream.

Post-rock against the nazi

‘The cabinet of doctor Caligari’, as well told the members of Toundra in a brief presentation prior to the beginning of the projection, is not only an extraordinary horror movie, but that can be understood as a warning of the dangers of authoritarianism. Filmed during the Weimar Republic, in 1920, it has been interpreted on numerous occasions as an allegory of nazism that was about to erupt in Germany. The terrible dr. Caligari would be a force of evil that controls defenceless populations (the good of Cesare) to obey their immoral designs. Toundra reminded us that it is important not to be seduced by the hypnotic gaze of Caligari.

And reminded us of this with a series of compositions, very much in his style, that highlighted the nuances of claims, the chiaroscuro of Caligari, the magnetism of evil, even at its absolute abjection. the Rhythms in spiral, tunes, seemingly simple but with a misleading depth threaded by the undoubted technical expertise of the band, lots of percussion and chords, distorted… a great way to celebrate ‘The cabinet of doctor Caligari’ is so current and valid today as in his day. 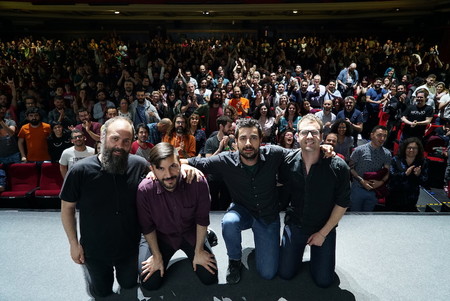 The people of Cafe Kino organises screenings of silent films, sometimes with musical accompaniment exclusive (already done so with ‘The battleship Potemkin’ or ‘Metropolis’), sometimes with a background in educational activities for schools. It is a way to revive parts of the history of cinema that have never dissipated at all: the compositions winding of Toundra, that accompany rhythmically the eerily comical threats of Caligari are the best example of the silent film still has a voice to talk about things that are relevant in today’s world.

'The golden age', Bunuel with Dali, and a compilation of silent films

My favorite films (I): a silent film

–
The news ‘The cabinet of dr. Caligari’ to Toundra: when the post-rock embraces the German expressionism was originally published in Espinof by John Tones .

‘The cabinet of dr. Caligari’ to Toundra: when the post-rock embraces the German expressionism
Source: english
May 10, 2019