‘The chilling adventures of Sabrina’: Netflix promises a trip to hell in the trailer end of season 3 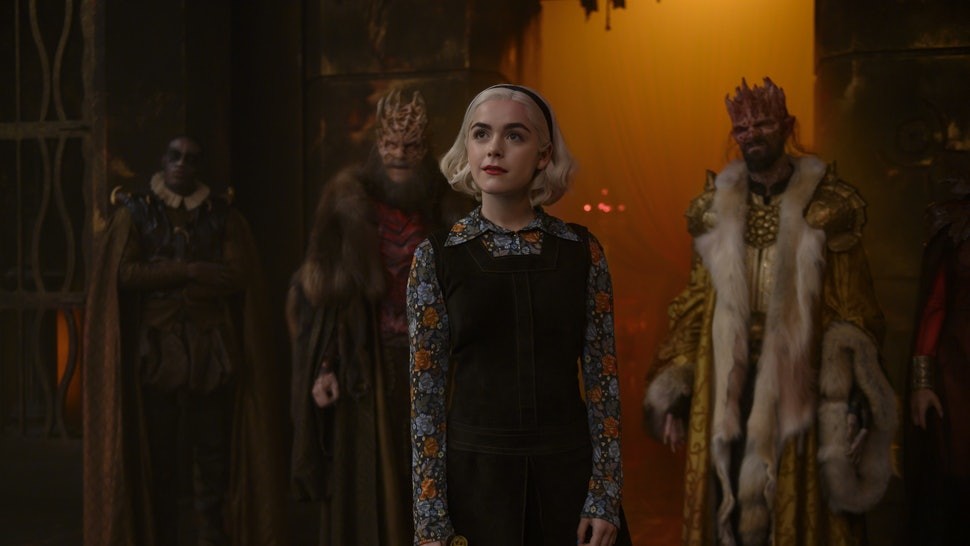 The witches return to Netflix on 24 January. As we announced a few days ago, in a wonderful video clip, part 3 of the series ‘The chilling adventures of Sabrina‘ it is almost over but the fans can already see more images below of the second season in a breakthrough, already full of the journey to the hell of the sorceress youth.

Hail to the queen of hell

Dark, echoes, melancholy, and pictures of hell macabremente beautiful, the trailer of the new Sabrina is everything you love to the fans of the series. is Kiernan Shipka once again takes on the role of the teenage witch that will seek to overcome the devastating events of Part 2 last year. He is accompanied by the usual Miranda Otto, Lucy Davis, Ross Lynch, Gavin Leatherwood, Chance Perdomo, Jaz Sinclair, Lachlan Watson, Michelle Gomez, Richard Coyle, Tati Gabrielle, Adeline Rudolph, and Abigail Cowen.

The synopsis official this third part explains that Sabrina is still reeling from the terrible events of the second part. Although he defeated his father Lucifer, the Dark Lord remains trapped within the prison of human her boyfriend, Nicholas Scratch. Sabrina can’t live with herself, knowing that Nick made the ultimate sacrifice and he is suffering, burning in hell under the watchful eye of Madame Satan.

With the help of his friends fatal, ‘The Fright Club‘ (formed by Harvey, Rosalind and Theo), Sabrina tries to free it from eternal damnation and bring him back to your arms. However, the overthrow of the Dark Lord has sent shock waves through the kingdoms, and, without anyone on the throne, Sabrina should assume the title of “Queen” to defend against the handsome Prince of Hell Caliban. Meanwhile, in Greendale, a mysterious carnival comes to town, bringing with it a threat to the Spellmans and the coven: a tribe of pagans, who seek to revive an ancient evil…”

–
The news ‘The chilling adventures of Sabrina’: Netflix promises a trip to hell in the trailer end of season 3 was originally published in Espinof by Jorge Loser .